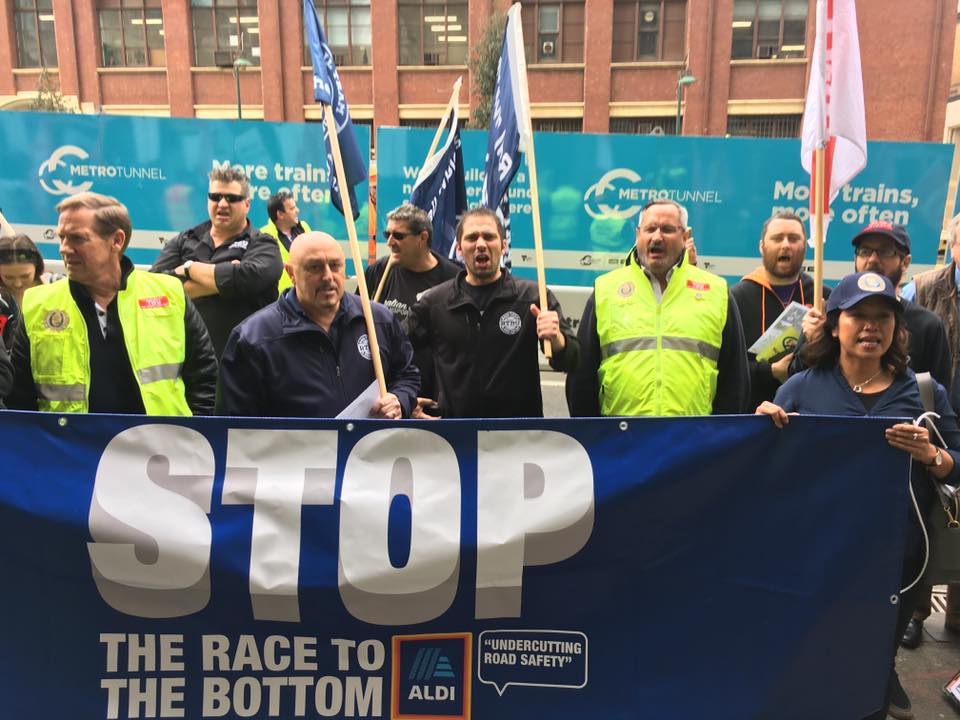 Global supermarket giant Aldi is successful because it undercuts the competition. But the cheap groceries would not be possible without Aldi’s low-cost wages.

It is the hidden shame of the supermarket wars that truck drivers down Aldi’s supply chain are forced to neglect vehicle maintenance, drive longer than recommended hours, break speed and other road rules and skip mandatory meal breaks just to make ends meet.

Aldi’s low-cost contracts have created so much chaos and pain for workers that many of Aldi’s truck drivers and their supporters descended on Aldi’s Franklin St store this morning to deliver a message that the company must stop putting the squeeze on workers and ensure safe working practices down its supply chain.

Similar protests were held in Sydney, Brisbane, Adelaide and Perth on a TWU National Day of Action against Aldi.

READ SOME OF THE MEDIA ATTENTION THE VICTORIAN PROTEST HAS GENERATED SO FAR:

WE ALSO RECEIVED SOME WIDESPREAD COVERAGE ON RADIO AND EXPECT SOME TV EXPOSURE.

The protest is the first since the Federal Court rejected a recent bid by Aldi for an injunction to force drivers from publicly bringing its poor safety practices to the attention of the public.

TWU (Vic/Tas Branch) Secretary John Berger said many companies and drivers in the Aldi supply chain were forced to break road and safety rules to put food on the table and pay for basic household expenses.

“This global multinational’s failed solution to its own flawed attitude to safety was to ask a court to force hard-working Australians from raising their concerns publicly,” Mr Berger said.

“Our drivers have had enough and are struggling to cope with the pressures brought on them by Aldi and, to a driver, they are worried sick about the worsening road safety this mess has created and the fear that fatalities will occur.

“And so we will continue to protest outside Aldi stories until the company starts taking the safety of workers in its supply chain and the travelling public seriously by lifting its attitude to safety standards.” 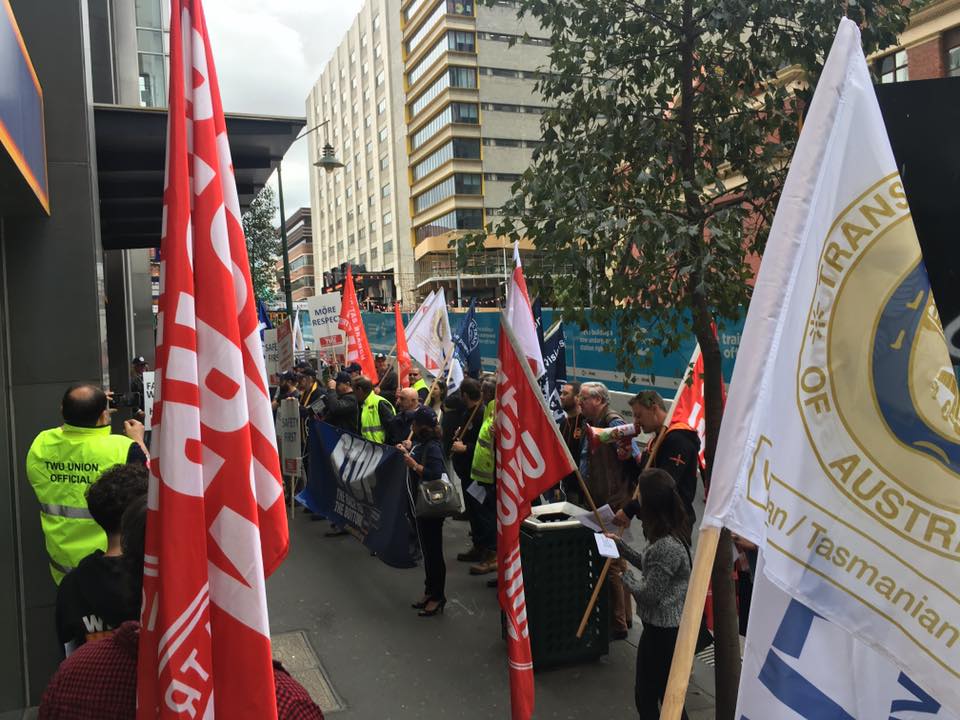 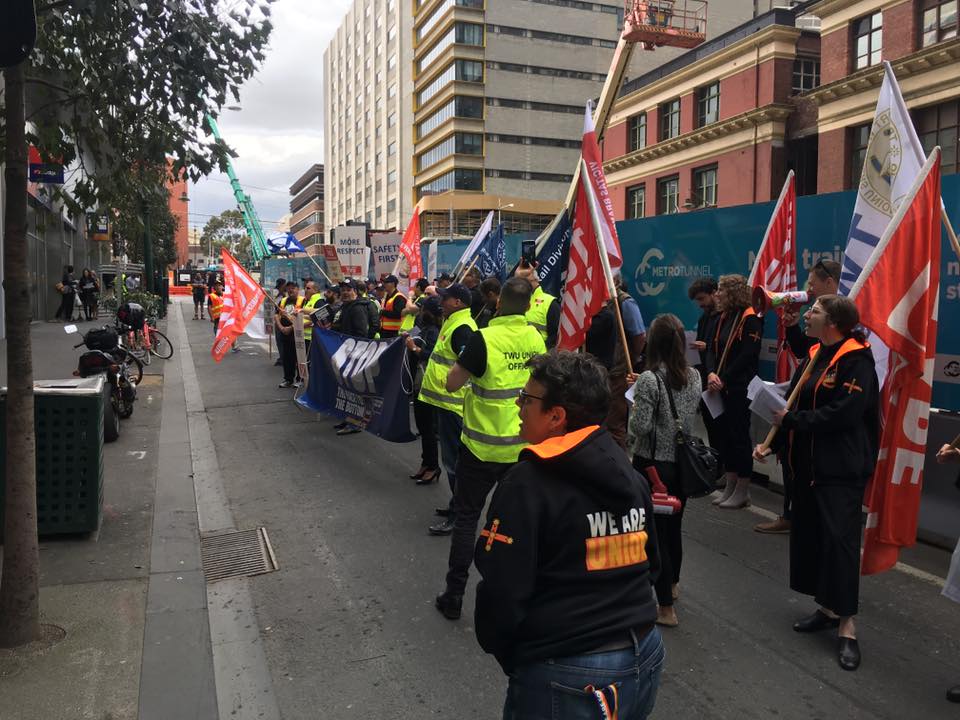 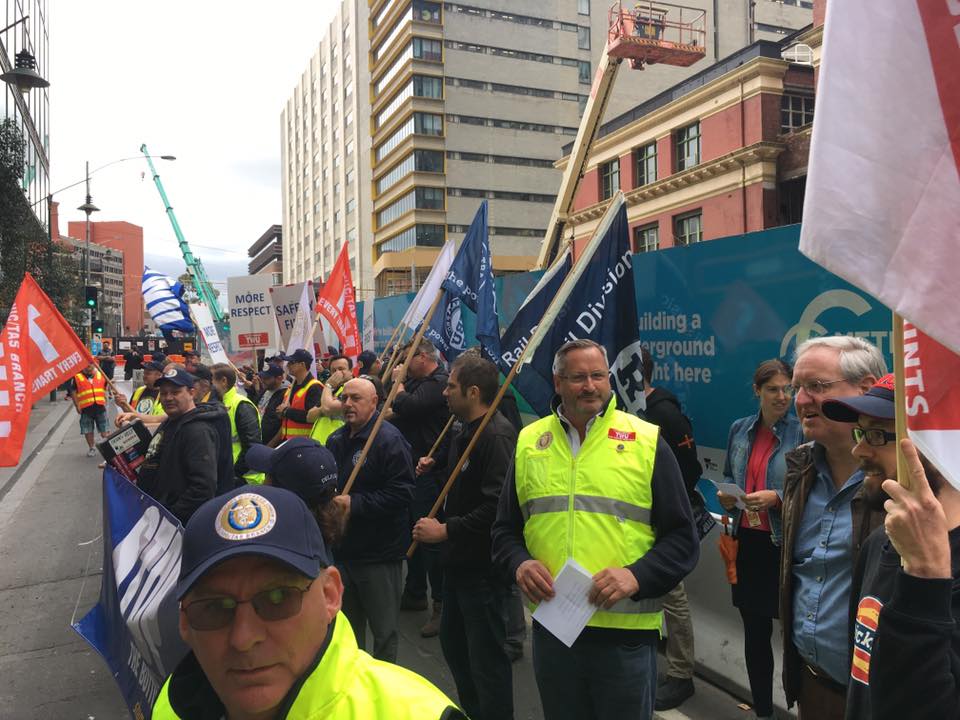 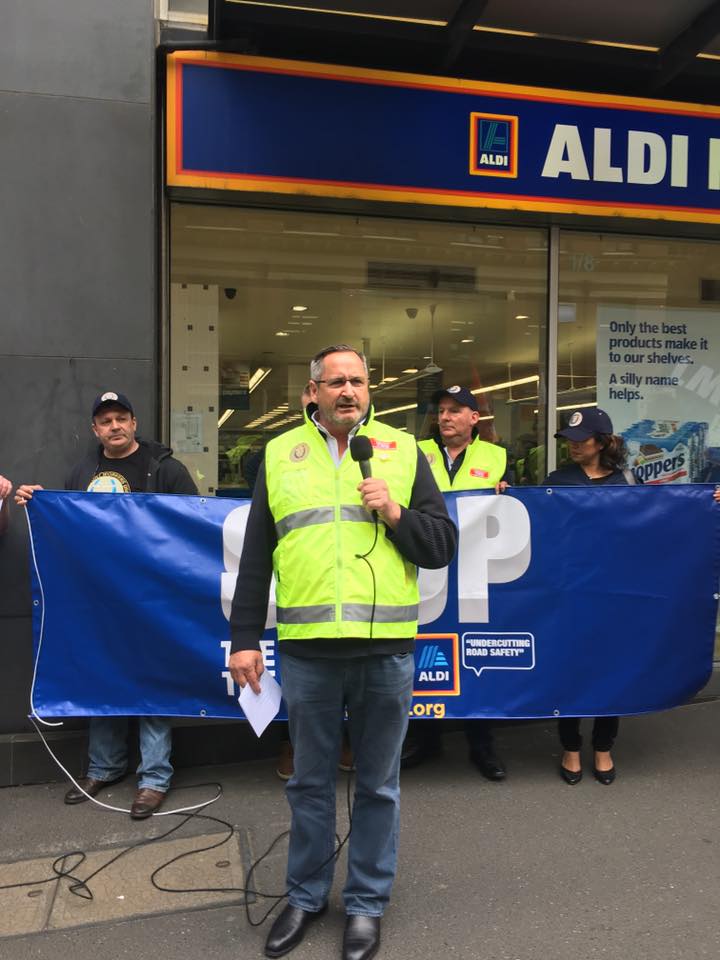 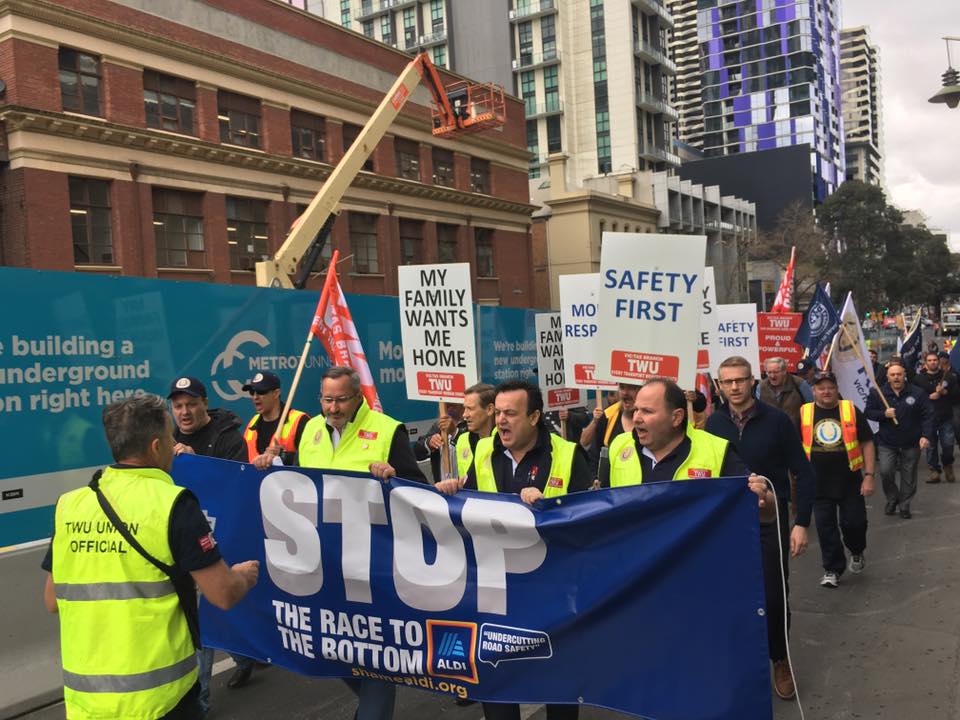