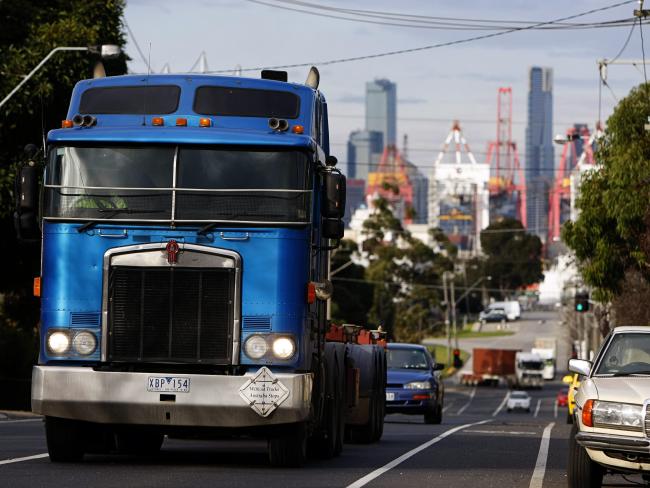 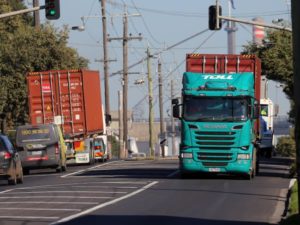 The TWU (Vic/Tas Branch) has demanded a full explanation from the Victorian Government after it released plans for a 24/7 ban on trucks using suburban streets in Yarraville and Footscray to begin when the Western Distributor road project opens.

The ban could force many thousands of owner-driver members – who can ill afford additional business expenses – to pay costly tolls without any prospect of recouping the expense. Effectively they will be handed a pay-cut.

The Union wants the briefing it receives from Government to include a report into how the ban may effect members, particularly impacts on owner-driver income levels and employee-driver and other logistic sector wages.

The Western Distributor – which will link the West Gate Freeway to the port via tunnels bored under Yarraville – is not scheduled for completion until 2022 but it is imperative this issue be sorted now.

On 1 April Transurban increased the toll for heavy vehicles using City Link from $12 to $26.

ALREADY WE HAVE RECEIVED ALARMING AND DISAPPOINTING NEWS THAT SOME COMPANIES ARE USING SATURDAY’S INCREASE TO RIP OFF WORKERS. IN FACT, ONE TRANSPORT OUTFIT THIS MORNING TOLD DRIVERS HOURLY WAGES MAY BE CUT BY AT LEAST $7 PER HOUR TO ‘COMPENSATE’ FOR THE PRICE-HIKE.

We will not stand idle and let any of our members, particularly some of the most vulnerable, be treated so unjustly whenever Government builds a new road or developers raise tolls.

If companies will not absorb the costs or pass them onto customers, it is outrageous and misguided to believe they should be clawed-back through wage reductions.

A media release issued yesterday by Roads Minister Luke Donnellan hailed the looming bans – on Francis St and Somerville Rd in Yarraville and Buckley St and Moore St in Footscray – as a “Win for the West”.

It is also a win for trucking companies, developers, employers, hirers, the State Government and those organisations who manage and develop urban toll roads.

It actually appears the only real losers are owner drivers, which is tremendously galling considering the logistics industry has been an integral part of the Footscray/Yarraville area for over 100 years and has employed thousands of locals across generations.

The cut-throat tip-truck industry overwhelmingly operates on a pay-by-the-load system – instead of hourly rates – which are often under parity and forces adverse conditions on drivers, such as significant unpaid waiting times and contracts that can be terminated without notice.

Many already dart through suburban streets to avoid paying tolls.

It is obvious that increasing tolls and reducing wages will force more and more drivers from the freeways and into suburbia. And bans on certain roads will just see the problem shift to smaller streets and Yarraville, Footscray and neighbouring suburbs will not be immune.

The situation will only worsen with works on dozens of level crossings yet to commence and the Western Distributor and Metro Tunnel projects still to get underway.

In its submission to the Owner Driver & Forestry Contractors Act Review, the TWU called on the State Government to establish minimum rates of pay (hours and O/T) for owner-drivers, greater regulatory protections and supply chain accountability.

By adopting the TWU recommendations, the Government will, in effect, be introducing road safety measures.

But, given the way members are currently being ripped-off and will suffer into the foreseeable future, we cannot wait for the Review. The State Government needs to take responsibility and act now, not in a year, not by 2022. Now.