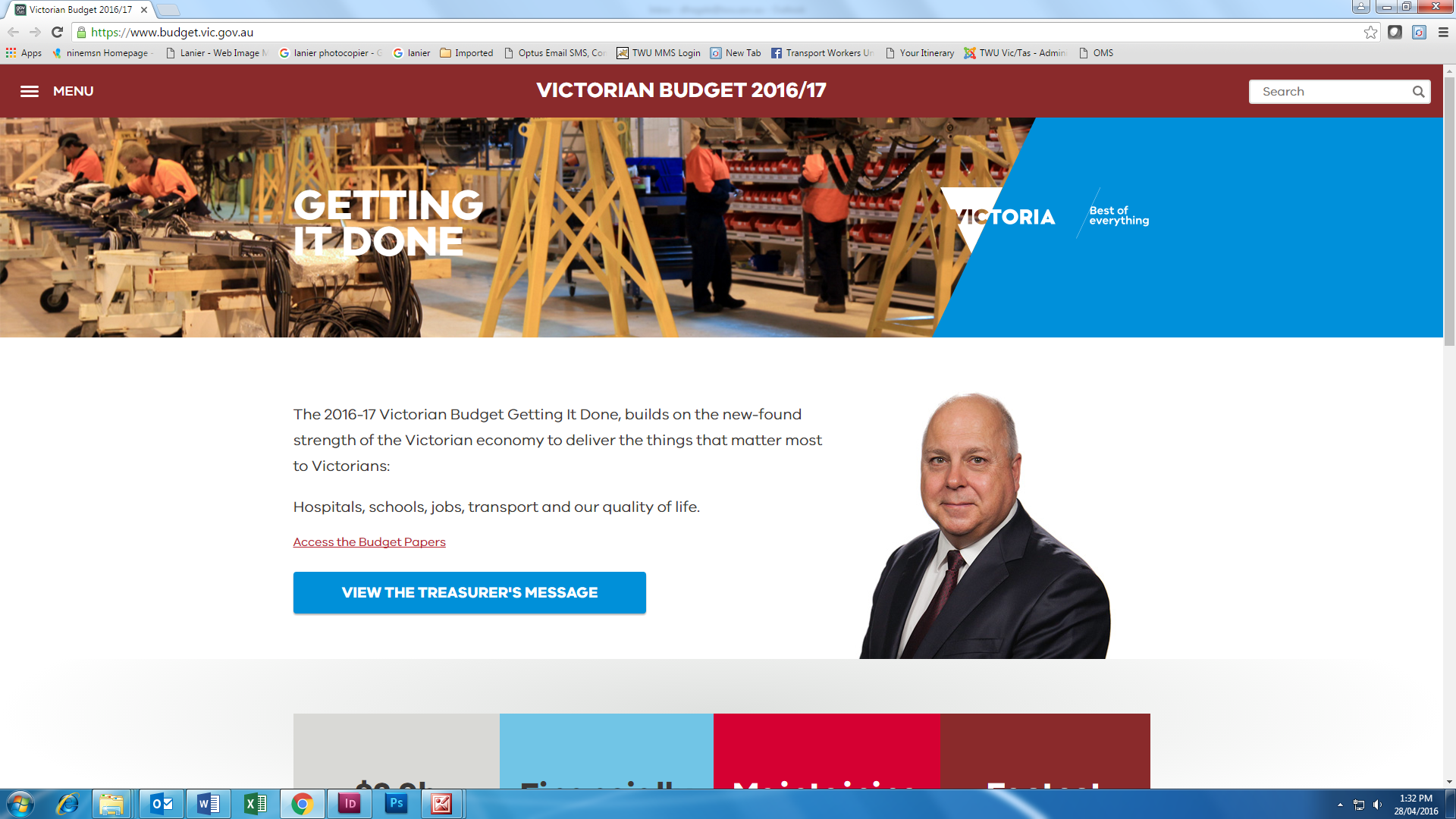 The 2016/17 Victorian State Budget has invested over $10 billion in public transport and road projects across Victoria. The Labor Government have already started removing 50 level crossings and will fully-fund Melbourne’s new Metro Tunnel.

Other initiatives announced in the Budget, include:

·         $1.46 billion over four years towards fully-funding the Western Distributor, the much-needed alternative to the West Gate Bridge. The project will create 5,600 jobs during construction and it is predicted travel times from Geelong to the Melbourne CBD will       be cut by 20 minutes. The project will also add an extra lane to the Monash Freeway between Eastlink and Clyde Road

·         $10 million to plan the next stage of expanding the outer suburban arterial road network.

·         $107 millionto build the Drysdale Bypass, which will reduce congestion on the Bellarine Peninsula.

·         Over$30 millionto duplicate Napier Street in Bendigo between Weeroona Avenue and Hall Street.