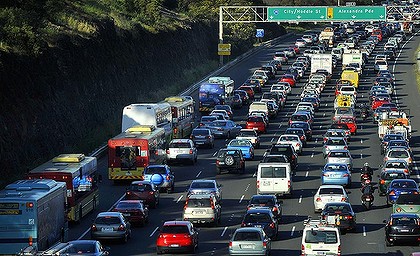 The Victorian Labor Government has announced that it is working on congestion-easing transport technology with industry partners.

Two projects – under the Intelligent Transport System Transport Technology Grant Program – are aiming to reduce congestion, improve integration between different forms of transport and provide information to road users so they can make alternative transport choices.

One program is developing technology to allow vehicles to pass through consecutive waves of green lights and enable road users to make smarter decisions through messages about the state of the traffic ahead via GPS and a smart phone app.

Another is a project to enable roadside infrastructure such as traffic lights and electronic speed signs to communicate with vehicles – preparing Victoria for the future of autonomous features in cars such as self-parking and assisted steering and acceleration.

Funding for the program comes from the $13.3 million Smarter Journeys package announced in the 2015-16 Victorian Budget, which supports initiatives that reduce congestion across Victoria’s road network.