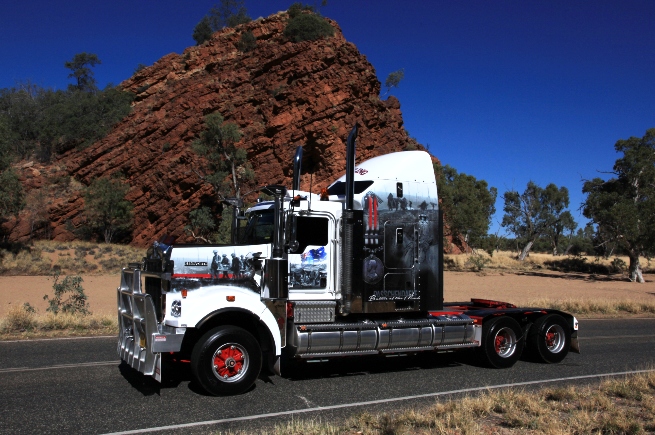 Most Australians will commemorate Anzac Day in one way or another – from a passing thought to attending the Dawn Service or a hotel for a game of two-up.

A tribute worth highlighting is this photograph – submitted to the TWU News – of a Kenworth C509 painted with striking murals as a tribute to World War I serviceman Bill Braitling.

Bill was droving when the war broke out but wasted no time before enlisting in the 2nd Light Horse Regiment. He fought in Egypt before serving as a driver, bombardier and gunner in Western Europe.

He survived the war and, upon returning home, took out a grazing licence in the NT. Brothers Matthew and Shane Braitling put the idea together to both honour their grandfather – a founding father of the road train – and to christen the new prime mover.

Photo courtesy of the Braitling family.