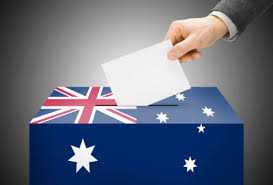 Though Australia’s election is not officially until July 2nd, up to 40 per cent of people will vote before then in pre-polling, which started on Tuesday.

Prime minister Malcolm Turnbull, of the Liberal-National coalition, greeted the start of voting with a confident prediction. “We will win on July 2nd . . . Australians will return us to government,” he told media.

In an open letter, Bill Shorten, leader of the opposition Labor Party, tells voters that Turnbull was counting his chickens too early and “that kind of arrogance comes from being seriously out of touch”.

Last time I checked, most of the votes in this election have not been cast, let alone counted. But Mr Turnbull has smugly decided he’s already won, declaring on Tuesday night that: “We will win on July 2nd … Australians will return us to Government.”.

That kind of arrogance comes from being seriously out of touch. It is typical of the Liberals’ ‘born to rule’ mentality.

The people who will decide the future of this country are 16 million Australians, not Mr Turnbull.

I promise to work every day and every night between now and the election because we are in it to win it; to stand up for what matters. If you share these values, if you believe your vote counts and are insulted by Mr Turnbull’s claim that this election is over before a vote has been cast, then stand with me.