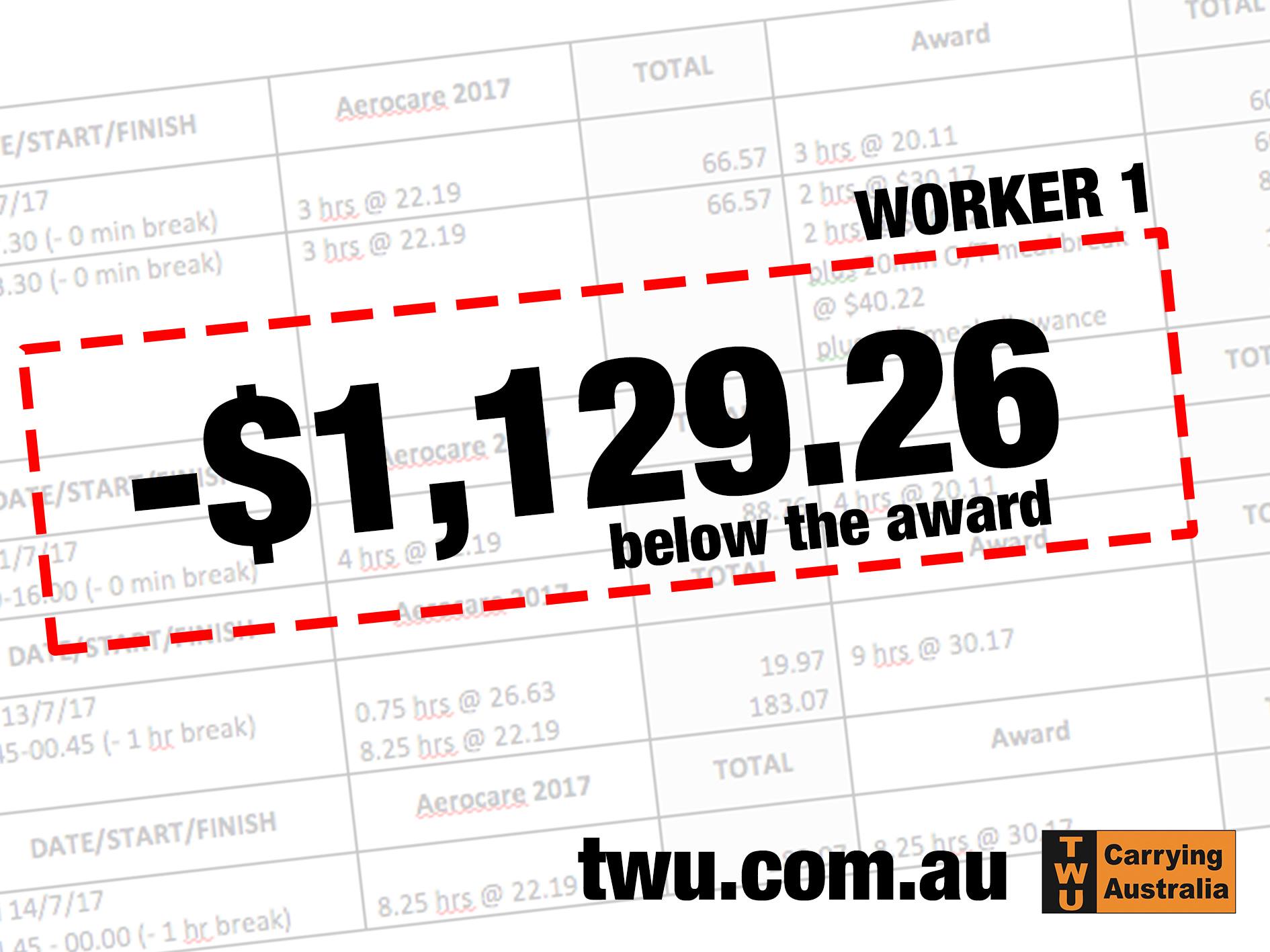 ATTENTION AEROCARE WORKERS – YOU ARE BEING RIPPED OFF! HELP THE TWU END THESE SHOCKING LOW RATES

Aerocare workers – Do something for your future and fill in this survey today: https://www.surveymonkey.com/r/CQK9QPW. The information gathered will help support TWU actions against Aerocare’s attempts to introduce split shifts in the aviation industry and other cost-cutting measures that will impact on safety and well-being of staff and passengers. 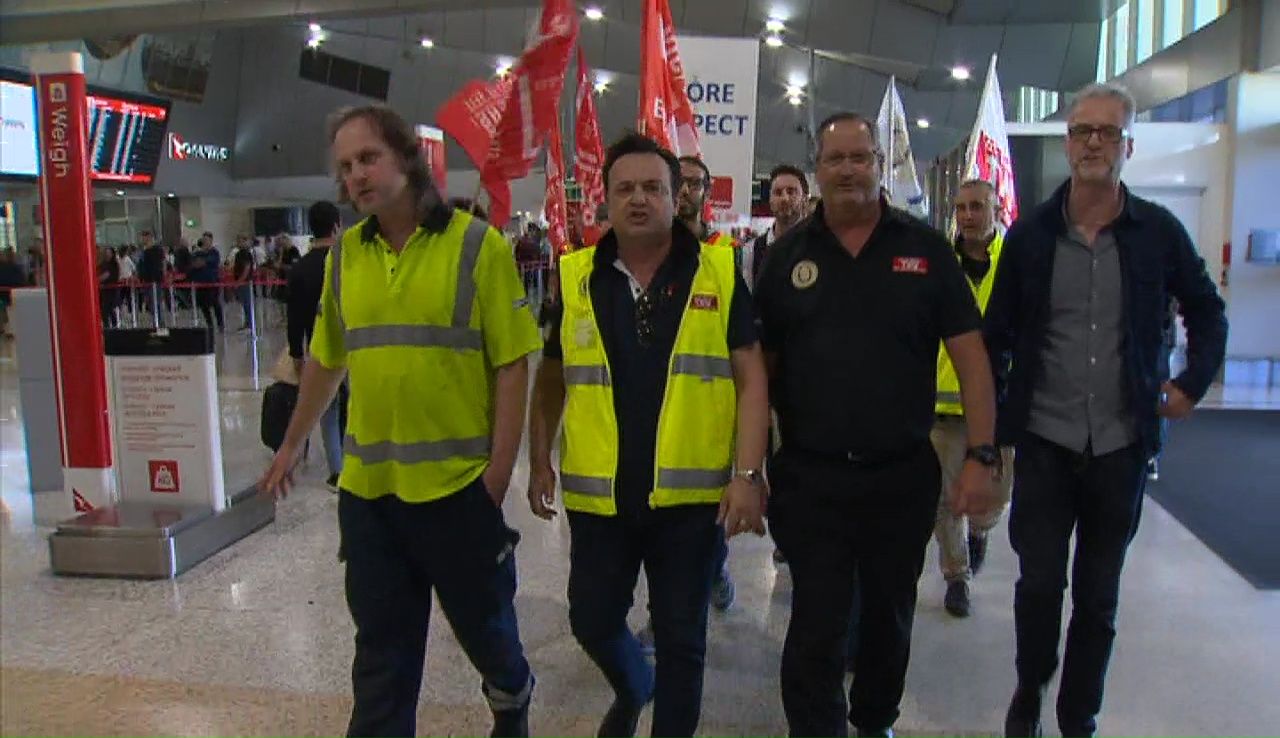 The TWU is warning that safety in aviation will be put at risk if a Federal Court case results in airport employees forced to work split shifts.

The warning comes as the Federal Court gave the go-ahead for a case to proceed brought by aviation ground handling company Aerocare, the company at the centre of a scandal over staff forced to sleep at airports because of low rates and split shifts.

“Flying in Australia will be less safe if the employees servicing planes and dealing with passengers are forced to work split shifts. Aerocare employees on split shifts are currently forced to stay at work for 15 hours and more while being paid for as little as six hours. This results in chronic fatigue and is a causing high injury and incident rates at Aerocare,” said Michael Kaine, TWU Acting National Secretary.

Airport workers last week and in November protested at major airports over split shifts and poverty conditions for aviation staff. Aerocare staff spoke about sleeping behind the baggage carousel at Sydney Airport, in their cars and in offices at airports around the country.

“Airport workers have said that they do not want split shifts. They want decent jobs that allow them to provide for their families. When a system can’t provide this basic objective, the rules are clearly broken and they must be changed,” Kaine added.

The Aerocare Federal Court case will have implications for all aviation employees and workers in other industries including nurses, aged care workers, electricians and shop workers. The company is taking the case after the Fair Work Commission last August rejected its latest enterprise agreement saying the rates were too low and its split shifts illegal. Separately Aerocare is seeking to have this decision quashed in the Federal Court.

Working conditions and deliberate understaffing at airports are already impacting on safety and security.

TWU (VIC/TAS Branch) Secretary John Berger said that Aerocare was a company that believed workers should be paid less and bosses should have more power.

“This one company continues to win contracts with airlines purely on low prices. In an industry awash with money workers are being ripped off – forced to sleep in their cars between shifts, or as we saw in Sydney, on slum like beds in the bowels of the airport,” he said.

Records from Sydney International Airport show, 132 injuries were reported over a one-year period, among a Aerocare staff of just 324. At Perth Airport passengers were allowed unsupervised onto a secure airside area to collect their own baggage when one Aerocare employee was made to unload an aircraft alone.