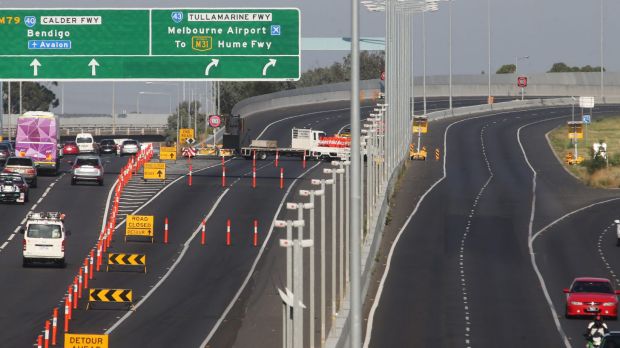 The many thousands of TWU members who work in or around the Tullamarine Airport and Essendon Fields precincts should be aware of important road closures. Further night closures of the Tullamarine Freeway will take place on Thursday 12 January and Friday 13 January from 7pm to 6.30am.

During the extra 23 hours of closure, no traffic will travel in either direction between the M80 Ring Road and the Calder Freeway.

Access to and from the Calder Freeway and the M80 Ring Road will remain open during the closures.

VicRoads recommend motorists and SkyBus travellers allow extra travel time of up to an hour if travelling between Melbourne Airport and the city.

These freeway closures will take place overnight when there is significantly less traffic on the road and will allow us to safely lift beams over the freeway for the new English Street bridge between Airport West and Essendon Fields.

Further roadworks around Melbourne in coming weeks include: