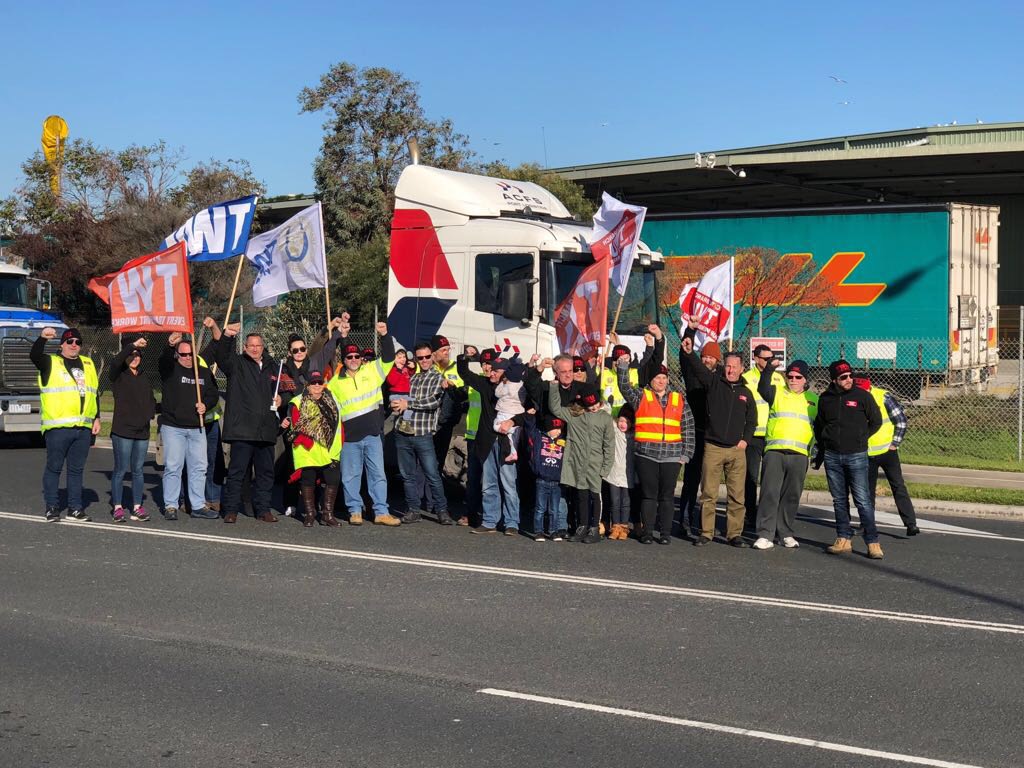 The Bill, introduced yesterday by Victorian Industrial Relations Minister Tim Pallas, will ensure these workers will no longer be vulnerable to exploitation or forced into unsafe practices by economic pressures down supply chains.

Many of the proposed changes to the Owner Drivers and Forestry Contractors Act were suggested by the TWU in its submission to the Victorian Inquiry into the Labour Hire Industry and Insecure Work.

“We have been campaigning for a very long time for these changes and they are a big win for road safety, our members and for this Union,” Mr Berger said.

“Currently, dodgy hire companies, competition for work and a lack of regulation mean undercutting is rife and this system only rewards drivers who speed, run red lights, skip fatigue breaks, not maintain vehicles and take drugs to stay awake.

“Under the proposed legislative amendments, owner drivers must be provided cost schedules and contracts and there are financial penalties for infringements to protect owner drivers and a fully-funded Wage Inspectorate will monitor compliance.”

The TWU (Vic/Tas Branch) looks forward to working with all political parties and cross bench MPs to ensure these important measures pass through State Parliament.

The changes are also an important step in the TWU’s nationwide push to secure Safe Rates across the transport industry.

TWU National Assistant Secretary Nick McIntosh said while Victoria’s Bill was another step towards giving owner drivers the fairness and safety required to do their jobs, the Federal Government was still “failing drivers and failing all road users”.

“For too long owner drivers have had to endure pressure and exploitation that puts them and other road users at risk. This is precisely what we need rather than allowing abuses to enter our industry before it’s too late to stop them,” he said.

“While the Victorian government is moving ahead and recognising pressures drivers are under, the Federal Government refuses to acknowledge there is a problem.

“Drivers across Australia need a system that deals with safety risks that cause deadly truck crashes. The Federal Government is failing drivers and failing all road users”

The Owner Driver and Forestry Contractors Act changes would also be expanded to cover third party contracting platforms, such as Uber Freight and Uber Eats.

“Food delivery companies control all aspects of the work riders do – the riders bear all the risk and the company enjoys full flexibility in the relationship. This area is crying out for regulation and I congratulate the Andrews Government for moving to protect these workers,” Mr Berger said.