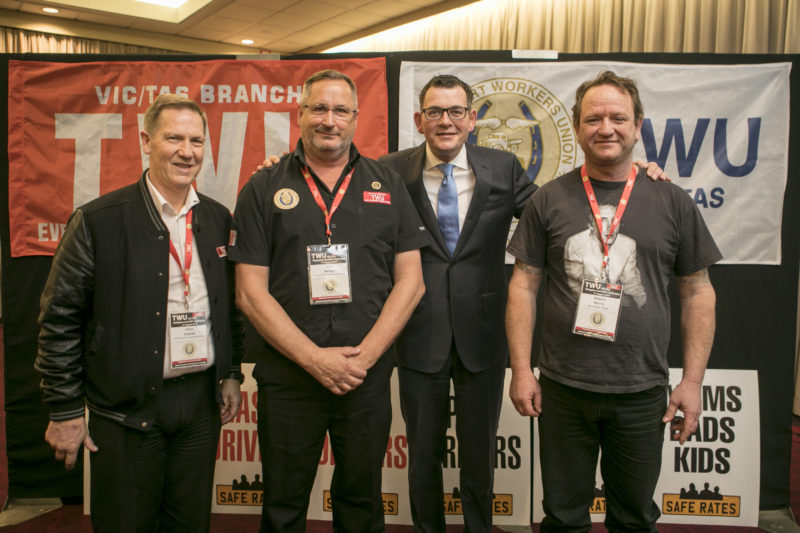 The State Government has pledged to mandate minimum hourly rates for Tip Truck Owner Drivers across all government infrastructure projects.

MAKE NO MISTAKE….THIS IS A BIG WIN FOR THE TWU

TWU (Vic/Tas Branch) Secretary John Berger said the securing of minimum rates followed a long and sustained TWU campaign and was both a huge win for severely underpaid drivers and a de-facto road safety measure.

“I congratulate the Andrews Labor Government, and the Premier himself, for not only being the first state government to publicly recognise the seriousness of this situation, but to also do something about it,” John said.

“It is beyond time that these drivers and their families received the decent and fair pay that they have always been entitled to.”

“I want to thank John Berger and the TWU for your leadership, for your advocacy, you have made us understand how important this issue is and that is why I am so very proud to make this commitment today.

“It is another way of saying that, without this union, without your leadership, we just would not be making these important reforms.”

The load system has led to significant undercutting and safety breaches and has provided incentives for drivers to adopt unsafe practices, like working dangerously long hours, illegally overloading trucks and breaking road rules.

Over the past 18 months there have been at least five fatalities on Victorian roads, and dozens of single- and multi-vehicle accidents, involving tippers. Earlier this year a fully-loaded tip truck smashed into a packed tram after running a red light in Parkville that resulted in 14-people being hospitalised.

The TWU has been publicly warning authorities about the exponential increase in tipper accidents over recent years, a situation only set to worsen with works on dozens of level crossings yet to commence and the Western Distributor, Metro Tunnel and North-East Link projects – that will cost up to $1billion a kilometre to tunnel – still to get under way.

John said tipper drivers currently work without certainty regarding income, conditions and hours and are vulnerable to exploitation.

“They struggle to make truck repayments, maintain the vehicle, feed the family and put the kids through school and — out of desperation — make the decision to break road rules to get the next load,” he said.

“It is a brutal existence for many and the situation is at flashpoint now as more and more of these drivers are operating dangerously each day in densely-populated suburban areas, anecdotally, breaking fatigue laws, speeding, running red lights and, sometimes, rolling when cornering, while packed with over 20 tonnes of construction site debris.”

The State Government has been developing a Code of Practice for the tipper industry but yesterday’s announcement was the first concrete commitment that safe rates would be incorporated into all mud-carting contracts for state works.

Mr Andrews said it was time that all workers on State Government infrastructure projects “shared in the benefits of that investment in a fair and equitable way.”

“(These drivers) are part of the team that is delivering the infrastructure agenda and I want to make sure they are treated properly. I know this is something that will be welcomed, because you have campaigned for it, you have pushed for it so very hard for such a long time.”

Delegates from a range of Majors Yards were able to discuss current EBA progressions and the TWU strength that determines pay rises for all in the yards. Many members are beginning to prepare for the big fight that is to come on Agreements in the years ahead. The strength of members makes our Union stronger.

The conference is our opportunity to celebrate the hard work of delegates and plan for the years ahead. It is also a cornerstone event in our training and organising calendar. This year’s conference was a great success and we thank all who attended. 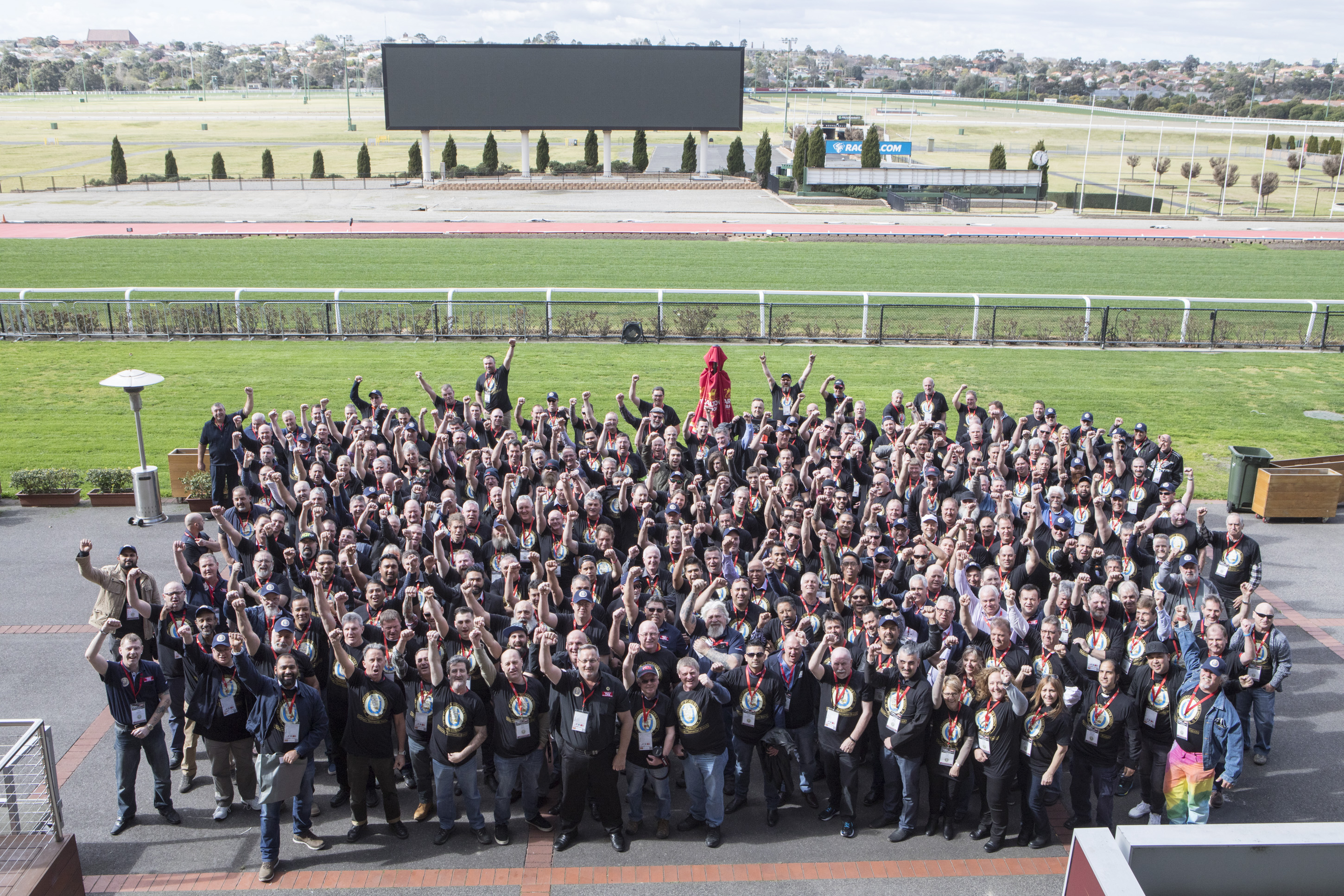 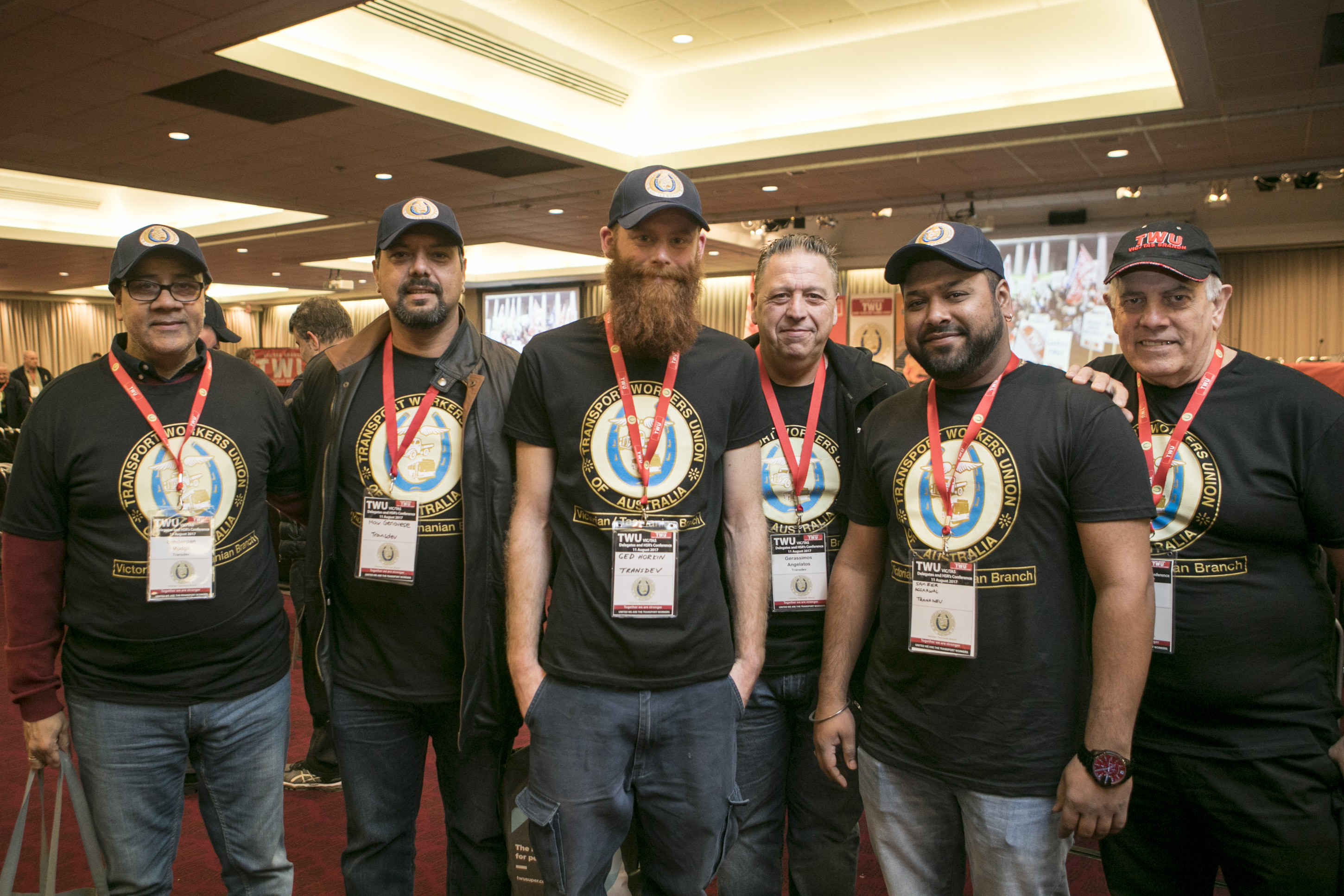 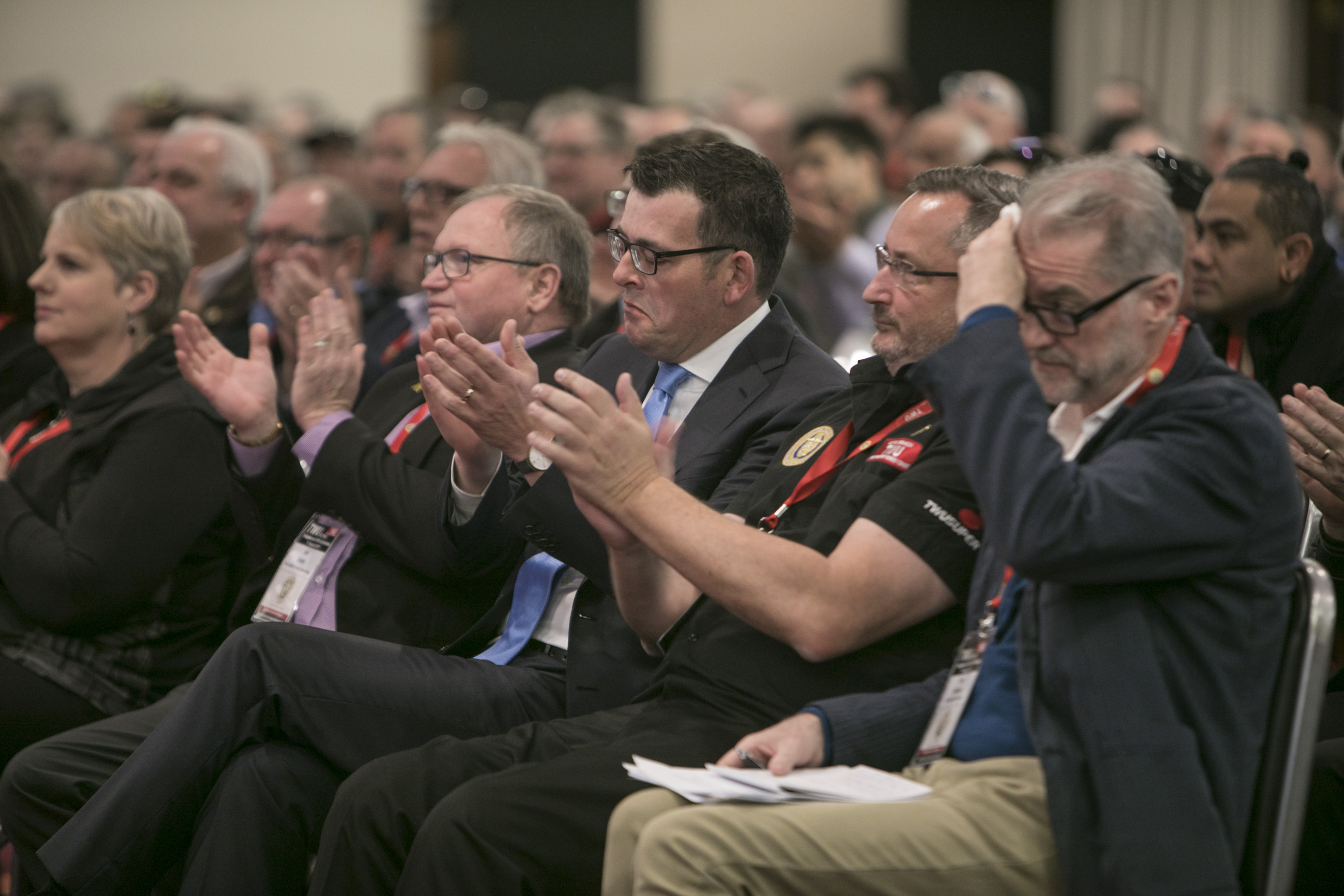 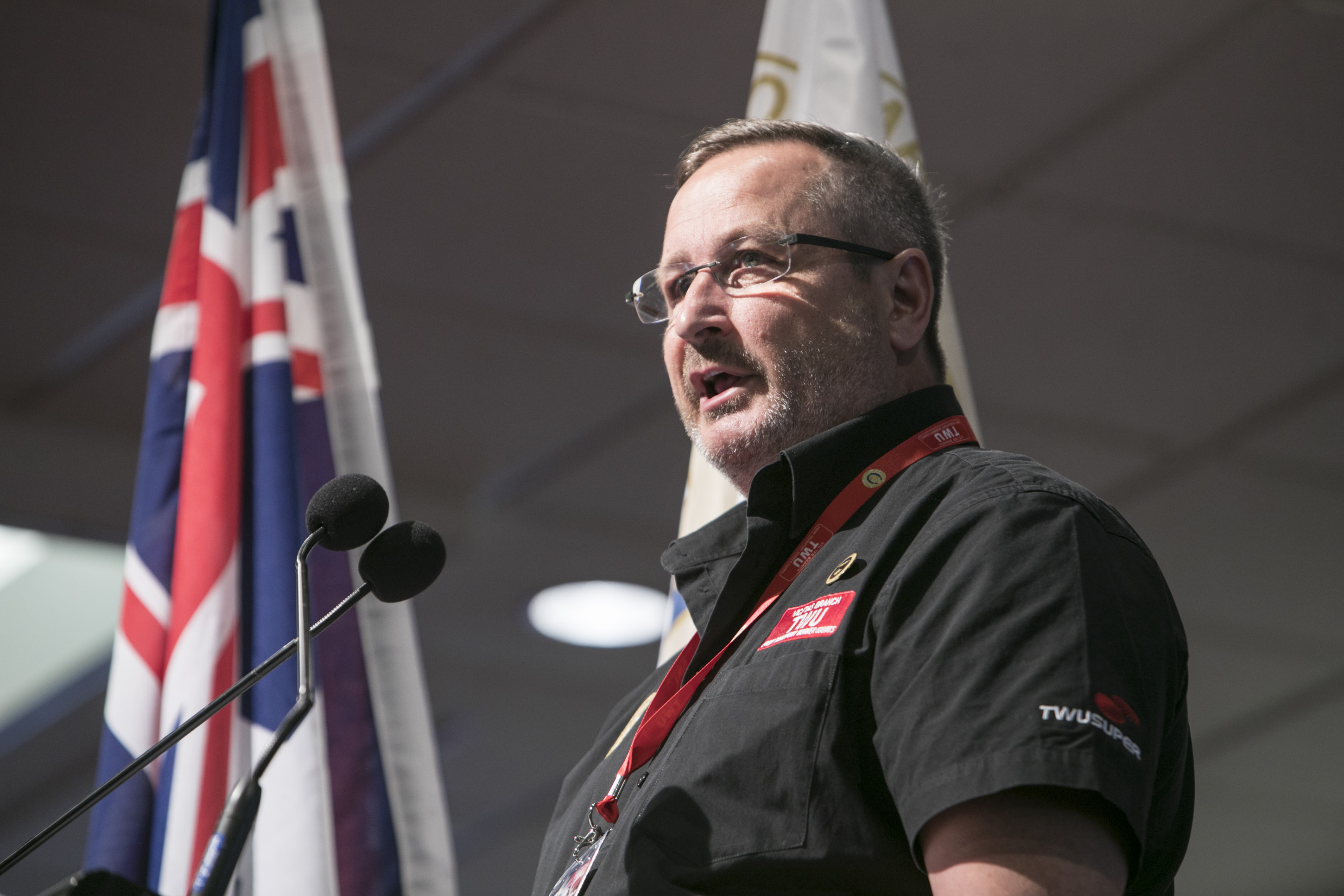 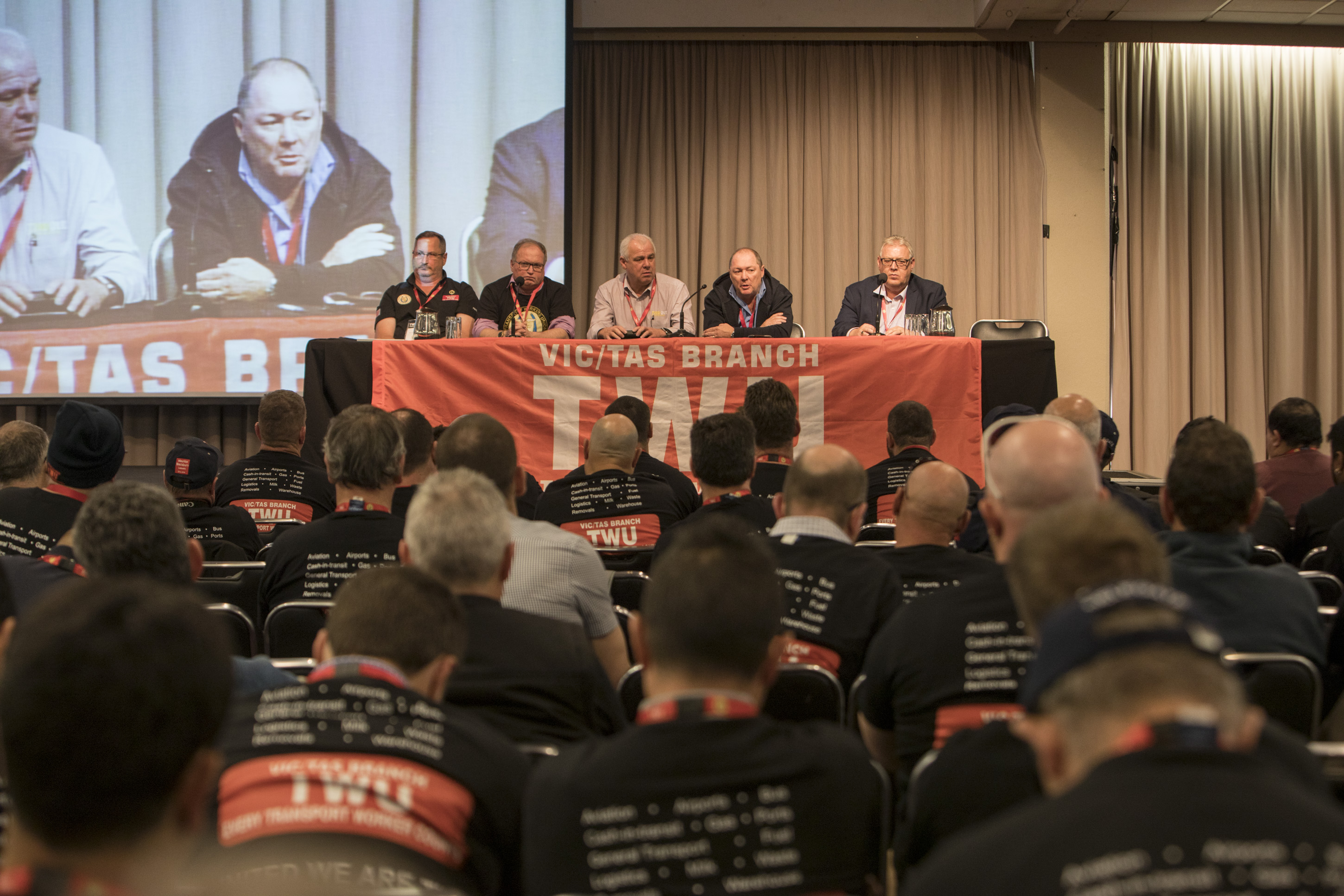 READ ALL ABOUT TIP TRUCKERS PROMISED MINIMUM HOURLY RATES IN TODAY’S THE HERALD SUN
GIVE US A BREAK! Join protest over ATO cuts to truckies’ meal allowance