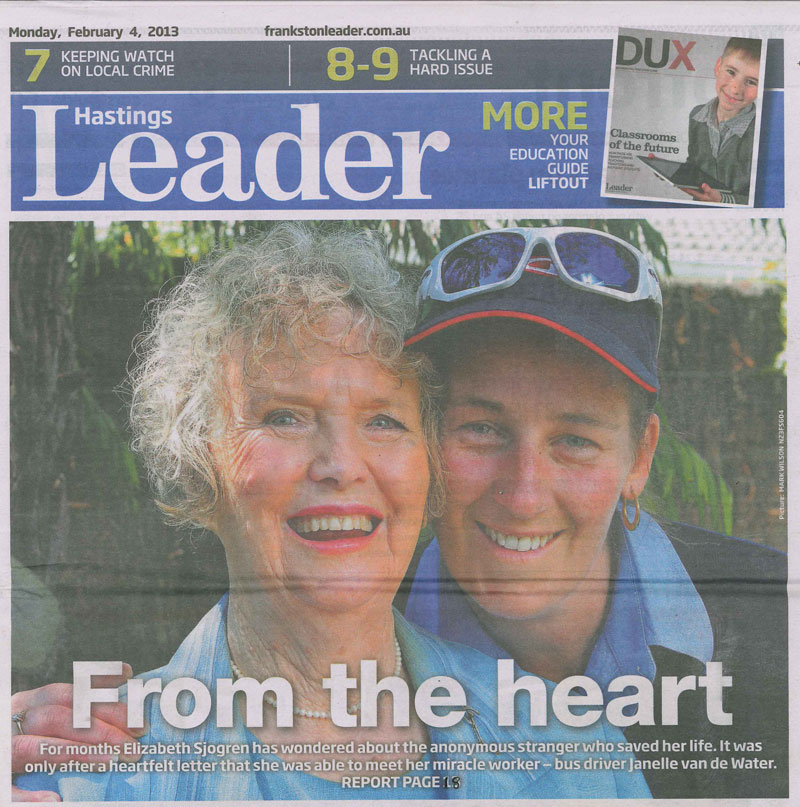 Elizabeth Sjogren would not be alive today if it wasn’t for the efforts of Janelle, a bus driver and TWU member at Peninsula Bus Lines in Seaford. Mrs Sjogren, an 82 year-old widow from Mt Eliza, went into cardiac arrest and collapsed while travelling on a Frankston bus being driven by Janelle. Having been trained in first aid, Janelle quickly pulled the bus over and performed CPR until paramedic arrived, 13 agonising minutes later.

Mrs Sjogren did know who her anonymous savour was that fateful day, so she wrote a letter to the local Leader Newspaper and it was seen by Janelle’s sister. The two we recently united and Mrs Sjogren was able to personally convey her gratitude to Janelle for her brave efforts. 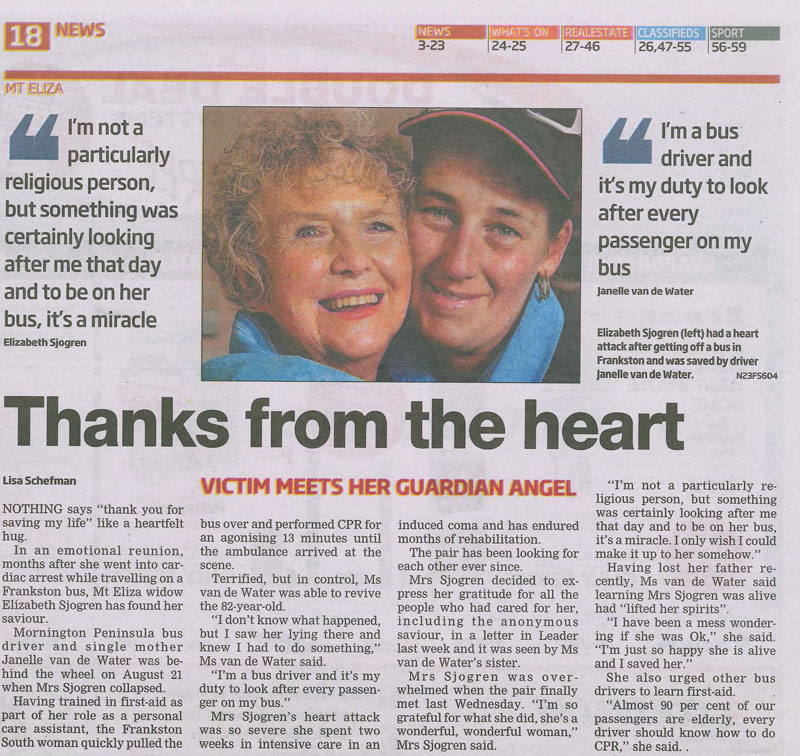