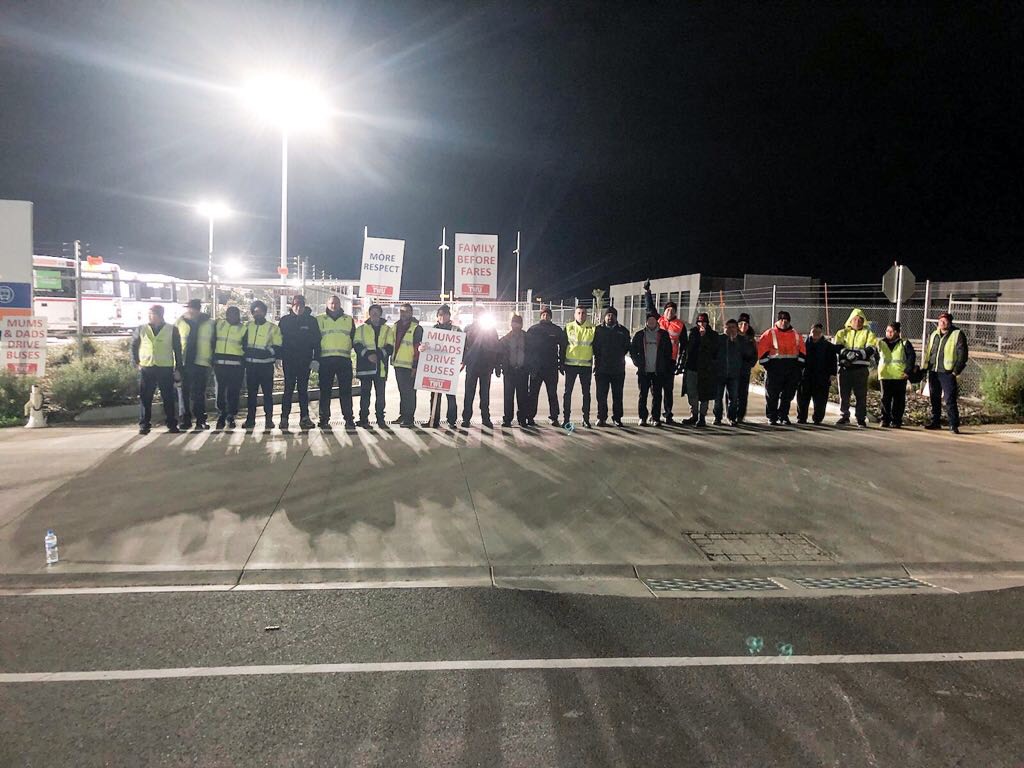 Martyrs are not the only Victorian bus operator to be negotiating wages this year and the TWU have already successfully secured the 2018 Bus Industry Agreement for over 3000 drivers for operators including CDC, Transdev, Dysons, McHarry’s and Ventura.

TWU (VIC/TAS Branch) Secretary and TWU National President John Berger said Martyrs’ members were fighting for a more secure future for themselves and their families.

“Martyrs would have seen other TWU bus members strike on several occasions in the past year and they know we are serious in taking this action,” John said.

“We are available for constructive talks with the company at any time, but we are also prepared to stand together on a picket line if the company does not come to the table.

“These drivers are hard-working members of the community who have mouths to feed and bills to pay. As it stands, they believe there is no other option but to take this action.”

However, given the current rising cost of living and low wage growth, TWU members are fighting for the surety of the Bus Industry Agreement claim of 4% wage and 1% superannuation increase per year for the life of the agreement.