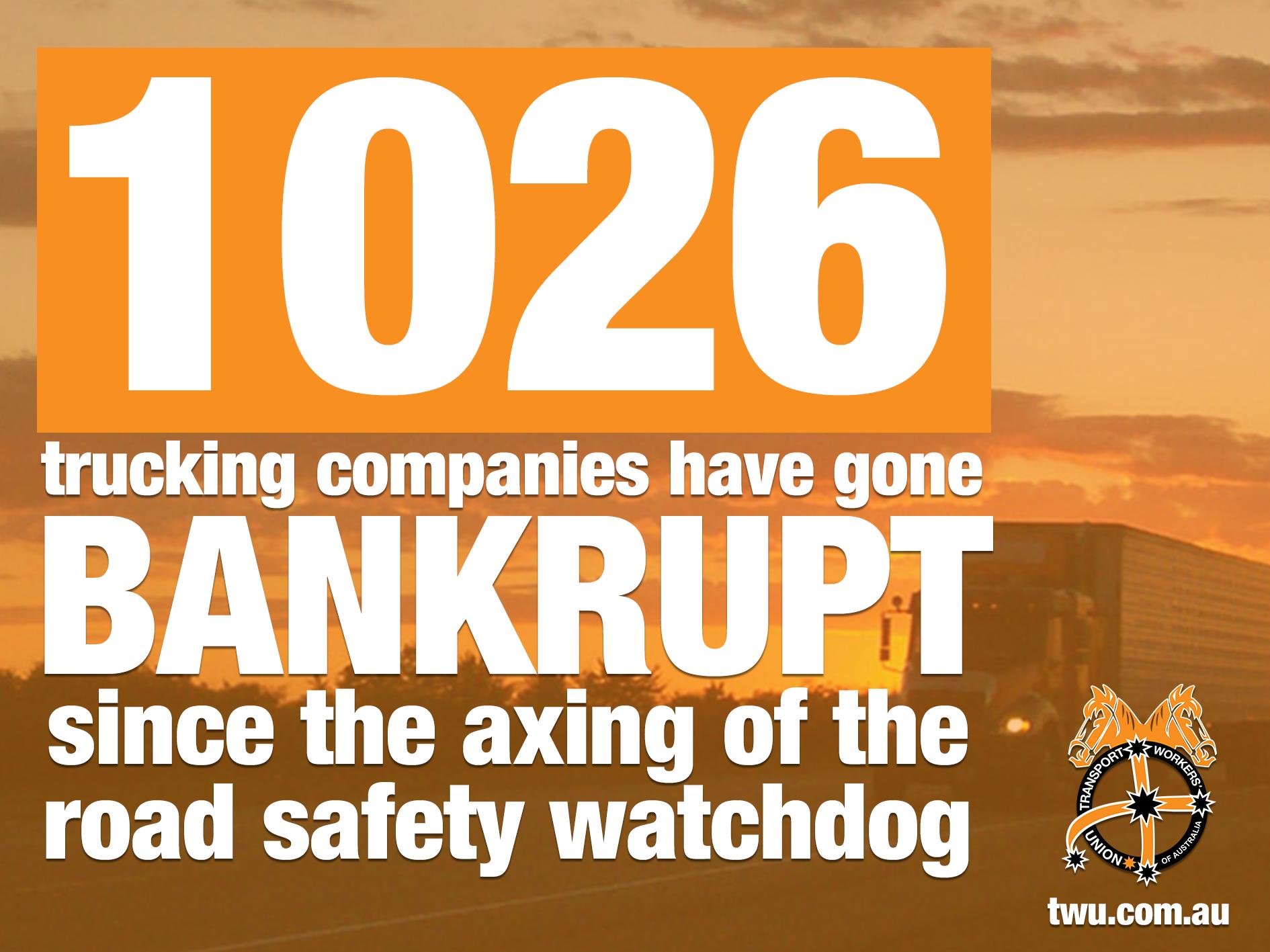 Over 1,000 trucking companies have gone bankrupt since the Coalition tore the road safety watchdog in 2016.

Trucking is also Australia’s deadliest job, with drivers 13 times more likely to die at work than any other profession.

Since the watchdog was torn down, almost 500 people have lost their lives in truck crashes.

The job is also one of Australia’s unhealthiest with over 1 million weeks of working time lost over a 12-year period.

We need legislation that guarantees safe minimum rates and conditions if we want an industry that’s sustainable into the future.

TWU (Vic/Tas Branch) Secretary and National Vice-President John Berger called for immediate action and said the union had fought a long campaign for Safe Rates and only a system of safe standards applied across transport supply chains would improve the crisis.

“Higher standards will ensure more is being done at every level to help ensure our members arrive home safely to their families at the end of every shift.”

The trucking industry is on its knees and drivers are being pushed to work long hours, speed and skip rest breaks and this means vital maintenance on trucking fleets is delayed.

Since May 2016, ASIC data shows 1,026 businesses in transport, warehousing and postal have become insolvent.

A Department of Infrastructure report found: “Heavy trucks are disproportionately involved in casualty crashes: approximately 16 per cent of road crash fatalities and 4 per cent of injuries involve these vehicles.”

A Macquarie University study has criticised a “critical gap” in regulation and shown that:

A series of studies by Monash University has shown that: