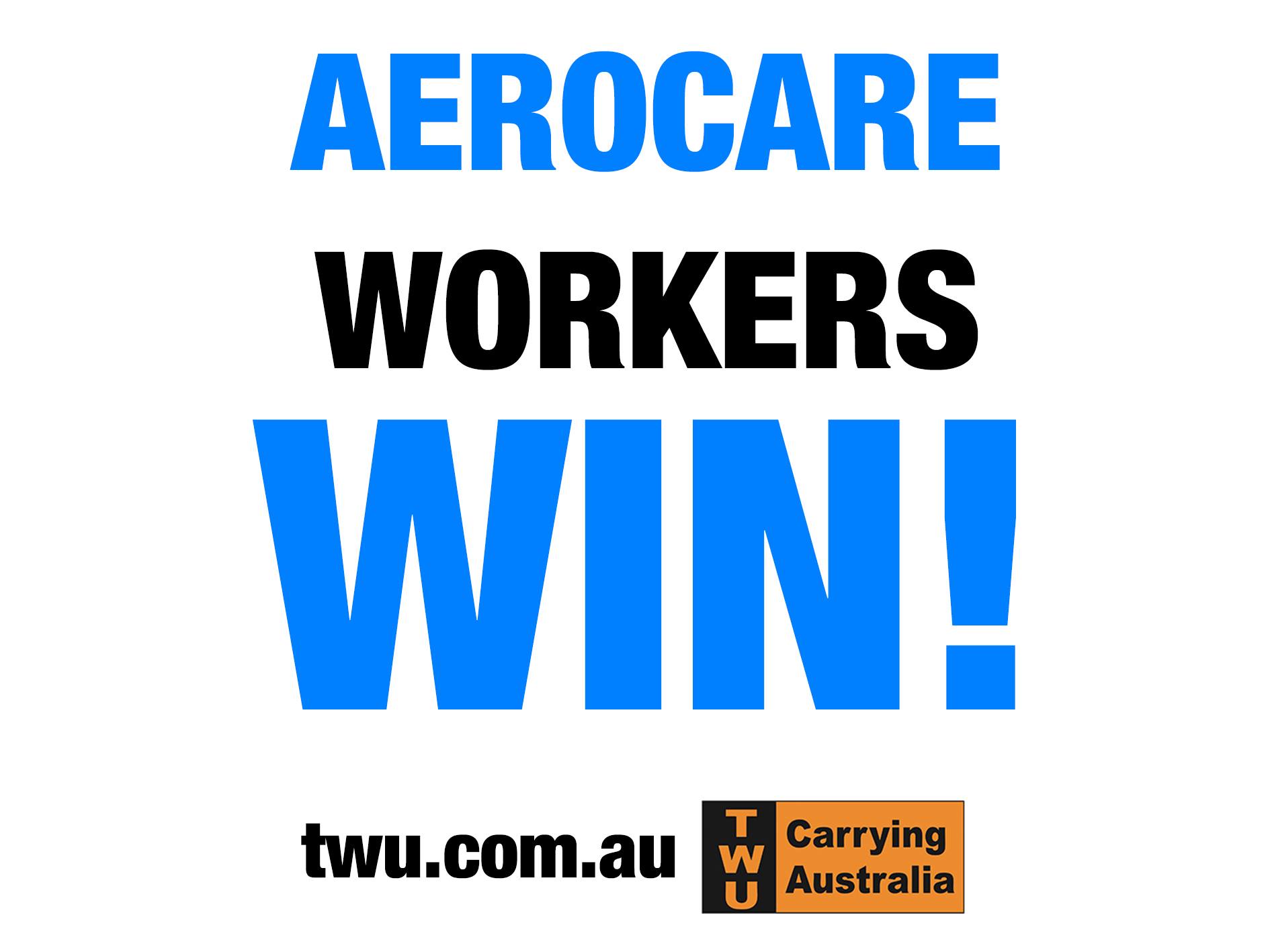 The TWU has called on the Federal Government to hold the aviation industry to account over low paid, part-time work, after the Fair Work Commission threw out an enterprise agreement by Aerocare, the company at the centre of a scandal over staff forced to sleep at airports.

Aerocare tried to seek approval for an agreement that TWU analysis found would have paid staff as much as $1,100 per month below award rates.

John said that Aerocare employees are already paid below minimum award thresholds and forced onto split shifts under a current agreement which sees them at the airport for up to 16 hours a day, while being paid for as little as six hours.

The Fair Work Commission rejected the agreement saying it did not meet the better off overall test (BOOT) because of low rates and split shifts, which are precluded under the award.

TWU National Secretary Tony Sheldon said the Federal Government has a duty to Australian citizens – not to companies like Aerocare which donate to the Liberal Party*.

“Airport workers are being exploited through low rates and chronic understaffing. This is not only forcing families to struggle but it also compromising safety and security at our airports. Does the Minister for Employment still defend these conditions that the Fair Work Commission has now firmly rejected?” Tony said.

John said that the TWU now intends to make an application to the Commission over wage theft of current and previous Aerocare employees.

Aerocare is leading the charge in the race-to-the bottom in aviation – and they are using the industrial relations route to game the system and make it legal to pay people poverty-line wages. At the top of this supply chain are wealthy airlines and airports reaping the benefits of this exploitation. The Federal Government is supporting companies like Aerocare whose actions are not only hurting their employees but also dragging the economy down through low wage growth.

Tony said that the TWU stands ready to re-enter negotiations on an agreement that provides Aerocare employees with pay and conditions that allow them to support their families.

“If Aerocare is not interested in this the Federal Government needs to hold them and the airlines and airports to account,” he added.

Aerocare was exposed in the media this year over its working conditions, with video footage released of bedding behind the carousels at Sydney Airport. It was also revealed that the company has a poor safety record with high injury rates. At Sydney International Airport there were 132 injuries over a one year period among a staff of just 326. Aerocare has also been exposed over security and safety breaches at Perth and Canberra Airports.

The TWU analysis of the Aerocare agreement shows:

Concerns were raised over the vote on the Aerocare agreement, which was passed after a rushed vote held over the Easter weekend. The vote was not a secret ballot or done independently but was carried out on the internal online system where voters were sent an email confirming how they had cast their ballot. Aerocare confirmed in a letter ahead of the vote that there would be “no scrutineers” overseeing the process.