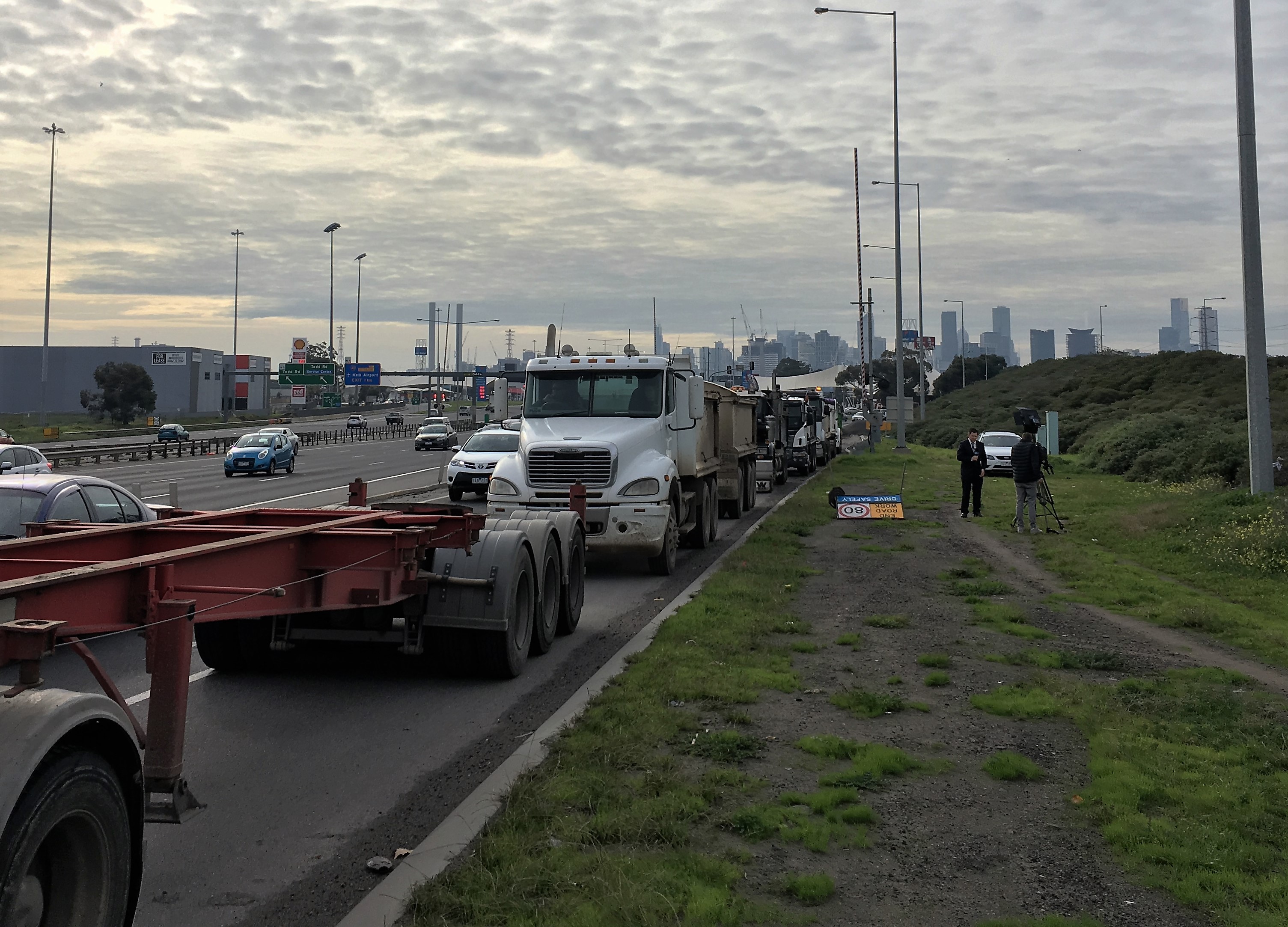 The Government is failing to tackle the crisis in trucking, marked by suicides, bankruptcies, low pay, high workplace deaths and injuries and the employment of untrained and exploited migrant workers, drivers and small transport businesses are warning today.

The warning comes as the Small Business and Family Enterprise Ombudsman released a report today at the request of Employment Minister Michaelia Cash backing the scrapping of a system that delivered payment to drivers within 30 days of work at safe minimum rates.

The Ombudsman’s report backs industry lobby group NatRoad’s moves to decrease payment for all truck drivers, through its opposition to minimum rates for owner drivers and through its demands for less wages and allowances for employee drivers in the award system.

“This is a despicable report which tries to link the horrendous problems in our industry such as suicide to an Order setting safe rates which was in place for just two weeks. The newsflash for Kate Carnell is that these suicides, bankruptcies and hardships have been going on for years and a safe rates system will tackle them by forcing wealthy clients to stop paying unsustainable rates and setting unrealistic deadlines. It comes as no surprise that her report criticises a system which was holding the major donors of her mates in the Liberal Party to account,” TWU National Secretary Tony Sheldon.

Roy Ballantyne, an owner driver from SA and www.gobetweenmedia.com, says he is flabbergasted at the report which tries to prove that minimum rates for drivers are a bad thing. “I got the rate increase during the two weeks the Order was in operation and it was my first rate rise in decades. I’m back to struggling on rates which often put my income below cost. What is Kate Carnell going to do about that?” he asked.

Cameron Dunn, managing director of FBT Transwest, said his business did not suffer during the two weeks the Order was in place. “My business lost no money during the two week Order and we still employ the same number of people. But what is happening is that our competitors are slashing their rates and that will have implication for safety on the roads, with trucks not maintained and drivers under pressure,” he said.

Sue Posnakidis, whose brother died in a truck crash in 2010, said she was disappointed that the ombudsman failed to acknowledge the safety implications of financial pressure in trucking. “My brother’s death was no accident. He was killed after a fatigued driver, driving a truck with faulty brakes, crashed into him. The ombudsman refuses to acknowledge what Government reports have clearly stated: that low rates play a crucial role in safety in trucking,” she said.

Over 2500 people have been killed in truck-related crashes over a decade.

Former Liberal Party Chief Minister of the ACT, Ms Carnell set up an inquiry into the safe rates system, politicising the process by holding public sessions in the days leading up to the Federal election in July.