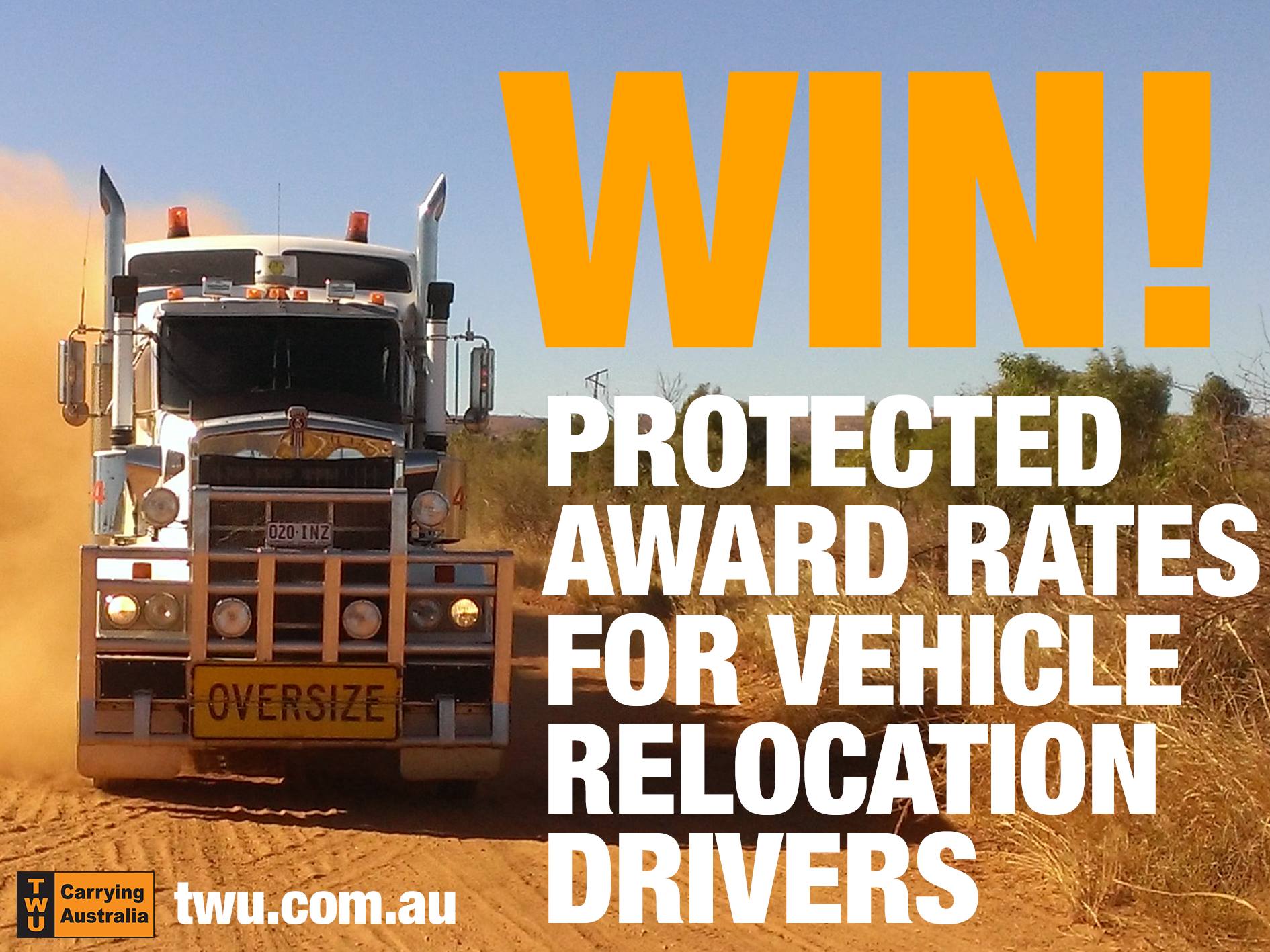 Drivers have had a major win over an employer attempt to introduce below award rates and conditions.

The Fair Work Commission rejected the attempt by Truck Moves and other employers to introduce sub-standard rates and conditions for drivers who relocate trucks. The Commission stated the proposal was put forward “to secure the lowest payment possible”.

“This is a disgraceful rip-off of hard-working drivers and an attempt to introduce a new low for rates and conditions in road transport. This move would have obvious implications for standards and safety in trucking and created an imbalance for decent employers which want to pay their drivers a fair wage,” said TWU National Secretary Tony Sheldon.

Truck Moves have been paying their drivers below award rates for several years. When drivers supported by the TWU succeeded in ensuring that the relevant transport award should apply, Truck Moves sought to bring in sub-standard rates and conditions into the award. After a transition period, drivers who relocate trucks will finally be paid award rates.

The decision is part of a review of transport awards, which also saw employers’ groups like Natroads try to rip drivers off by introducing unrestricted part-time work for long distance drivers and stopping meal allowance and higher duty payments.

“This shows the urgent need to change the industrial relations rules to stop employers using wage theft as a business model that results in workers being ripped off on a daily basis,” he added.

Dennis Mealin, former Truck Moves employee, who gave evidence in the case said: “Drivers deserve to be paid a fair rate that allows us to pay our bills and put food on the table. Our work and experience should be recognized. This industry needs better standards, not worse standards,” he said.

The Commission in its final decision stated: “Having considered all the evidence, we are not persuaded by Truck Moves and others’ submission that the work value of the employees’ roles in the vehicle relocation industry is sufficiently different from that of roles in the road transport industry more generally to justify introducing a separate minimum wage to the Road Transport Award.”

It added: “It would, for example, involve truck drivers being paid significantly less than employees engaged to wash vehicles or deliver packages on foot or by bicycle.”