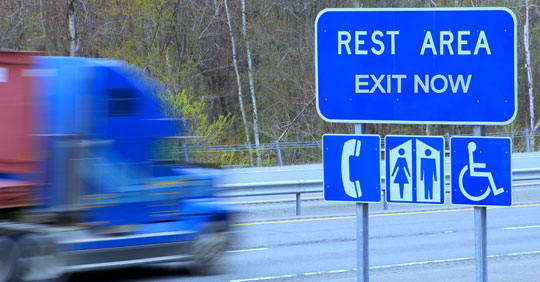 Melbourne sleep researchers are developing a roadside test for fatigue that police could use along with the alcohol breath-test and the saliva swab for drugs. Victoria Police and the Transport Accident Commission support the concept, and say they are monitoring the trials closely.

Fatigue is a factor in up to a third of serious traffic ­accidents in Victoria, killing about 50 people and seriously injuring about 300 more each year.

An independent academic report, delivered to the recent TWU Safety Summit, found the number of drivers working long and dangerous hours – some over 80 hours a week – and carrying unsafe loads to avoid losing their jobs is on the increase. These drivers also must do other counterproductive things like queue for many unpaid hours to load and unload, skip mandatory rest breaks, speed and cut back on maintenance.

The research quoted drivers admitting to falsification of work diaries and not reporting safety breaches for fear of losing work and transport companies turning a blind eye to bending of road rules.

In the 10 years to 2014 over 2,500 truck drivers and other road users died in truck crashes. And trucks account for only two-per-cent of registered vehicles in Australia, yet they are involved in 16-per-cent of all traffic accidents.

TWU (Vic/Tas Branch) Secretary John Berger said the trucking industry is currently in crisis and the growing number of fatigued drivers was a concern for all road users and their families.

“We welcome any measures that would help remove rogue employers from the sector, no one will want to turn a blind eye to fatigue and work diary infringements when police having technology to prove fatigue,” he said.

“Too many members, workmates and loved ones are not making it home as a result of this draconian situation across the trucking industry and safety-related issues will never be solved while all the pressure is heaped on the drivers at the bottom of the chain and not transport companies and management and clients of these companies.

“There was a solution in place for a short time until it was torn down by the Coalition Government early last year – the Road Safety Remuneration Tribunal which was created in 2012 after a 2008 report by the National Transport Commission found a link between pay and safety outcomes for truck drivers.

“The tribunal was tasked to do what no other body had ever been asked to do: hold wealthy retailers and manufacturers to account for safety in their supply chains by breaking the link between low-cost contracts and dangerous practices.”

The TWU (Vic/Tas Branch) is fighting this battle on two fronts at the moment and we encourage members to have a look at a summary of this Branch’s submission to the Andrews Government Review of Owner Driver Regulations.

The fatigue technology works through an on-the-spot version of “smart-glasses” technology tested in the laboratory and in off-road driving simulations.

Until recently, all that could be done was to advise sleepy drivers to take a powernap, as there was no way to ­scientifically determine whether a ­motorist was too tired to drive.

But by tracking eye movements, including the duration of blinks and how eyes scan the road, driver fatigue levels can now be measured.

Police may soon be able to ask drivers to step into a police van, just as for impairment or drug tests, and take a fatigue test on a camera-based device.

The Sleep Health Foundation’s annual report, out this week, showed almost 30 per cent of adults drove while drowsy at least monthly, and 20 per cent had fallen asleep at the wheel.

Research teams studied drowsiness in night-shift workers during driving tests, and found a tenfold increase in “microsleeps”, and double the number of lane crossings. Drivers also struggled to keep their eyes open and were less able to stay in the middle of the road.

The project is a collaboration between Austin Health, the Institute for Breathing and Sleep, Monash University, and the Co-operative Research Centre for Alertness, Safety and Productivity. 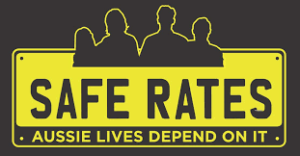 ATTENTION: PLANE CRASH ESSENDON AIRPORT – MAJOR ROAD CLOSURES
We Must Get Up To Speed On Road Safety – Deputy Opposition Leader