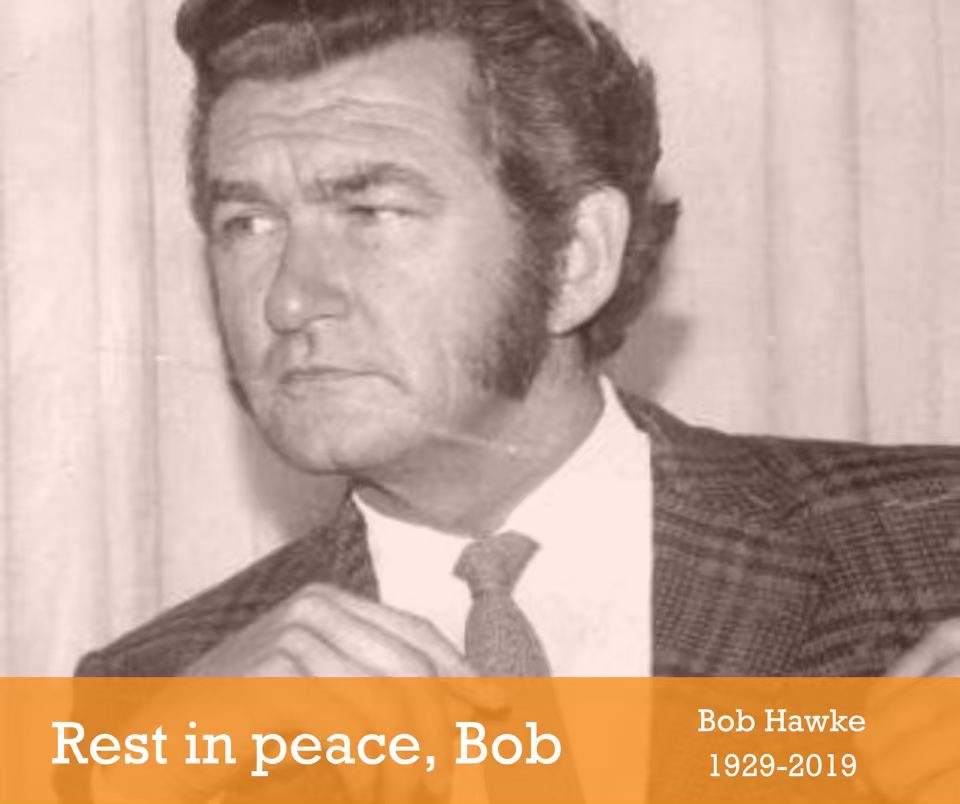 Bob will always be a beloved Australian and a hero to working people.

He was a wonderful nation-builder and reformer. The architect of Medicare, universal superannuation and the accords. He worked hard to ensure all Australians had a fair and prosperous future.

The day prior to his death, Bob urged in an open letter for Australians to vote for a united Labor team with “a plan to set the nation up for a stronger economic future”.

We all know the rules are broken for Australian workers, but the simple equation is we must Change the Government before we can Change the Rules.

Australia needs a pay rise, more secure jobs, rights for casuals and an end to casualisation. Too many working Australians are working poor and being squeezed into lower incomes and poverty at some of the fastest rates in the developed world.

Labor have vowed, if elected, to:

– introduce a living wage and close the gender pay divide

Importantly, for all transport workers and road users Labor has also promised to install a system of Safe Rates.

Three years ago the Federal Coalition axed the road safety watchdog despite its own report finding its Orders had cut heavy vehicle accidents by 28%. Since then, tragically, over 530 people have died in truck crashes.

Workplaces across several industries, in fact, have become less safe under the Coalition, including airports where aviation workers’ safety and passenger security are at risk because of high turnover and companies that ignore worker safety concerns.

This week the unemployment rate increased to 5.2% and nearly one in seven Australians are either unemployed or underemployed. After six years of Coalition Government the national debt has roughly doubled, real wages are down, GDP growth is near-zero, inflation is zero and business investment has dropped a third.

The ABS employment data clearly illustrates that the Coalition lied when it said penalty rate cuts would increase jobs. And there’s more cuts to come on 1 July if they win. The Liberals have also failed to come clean during the campaign about how they’re planning to pay for their big tax handouts to the top end of town and their plans to hand Big Banks control of your hard-earned super.

Let’s face it, Scott Morrison’s plans for the future are for low skill, low wage, casual jobs. And the only people he intends to reward are the rich.

I encourage you to do your own research, but Labor has a concrete, practical plan to get wages moving again and has an economically consistent and socially progressive reform agenda.

It’s the election Labor must win because repairing Coalition chaos will just get harder with each passing year.