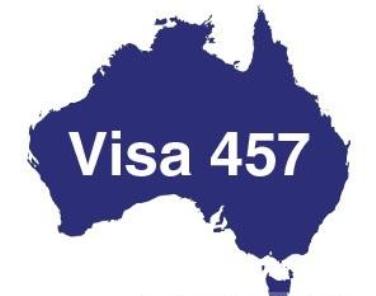 The report made other recommendations the union has concerns with including freezing the Temporary Skilled Migration Income Threshold (TSMIT) for two years, allowing for rates 10 per cent below what Australians work for in regional areas and making it easier to approve Labour Agreements in semi-skilled occupations.

“We’re not against skilled migration, we’re against the abuse of the system that exploits migrant workers, hurts the entire Australian workforce by driving down wages and conditions and undercuts the businesses that play by the rules.

“It’s all very well to say that foreign workers will be protected under these changes, but what provisions is Mr Morrison putting in place to protect them from exploitation?

“It’s hard enough to understand directions in a foreign language, let alone an employment contract or how to comply with health and safety obligations.

“Road transport is an example of an industry where high English language competency is vital to not just workplace safety, but the safety of all road users.” said Mr Sheldon.

“With 330 deaths each year in truck related crashes and employer groups knocking on the Government’s door seeking to employ 457 workers as truck drivers, Mr Morrison must address the very real public safety concern that will arise from his propose changes.”

A recent Government report obtained by the union under Freedom of Information into the status of 457 Visa workers revealed that potentially up to 40% of 457 employers were exploiting the skilled migration system.

“When a skilled professional, sponsored as a Ship’s Engineer, is being paid $3 a day by an unscrupulous employer, then all Australians should be concerned about the impact of Mr Morrison’s proposed changes on their safety and employment.

Recent ABS figures show the average wage of an electrician is $70,257 but this report has employers massively undercutting workers by as much as $25,250 a year.

“Australia’s migration program should not be at the beck and call of Gina Rinehart to exploit.

“With over one million people currently on some form of temporary visa, Australia has already effectively outsourced 11 per cent of its workforce at a time when unemployment is at its highest in a decade.

“It is more important than ever that requests by employers to access 457 visa workers be tested against evidence of their attempts to recruit Australian workers and training our kids.” said Mr Sheldon.