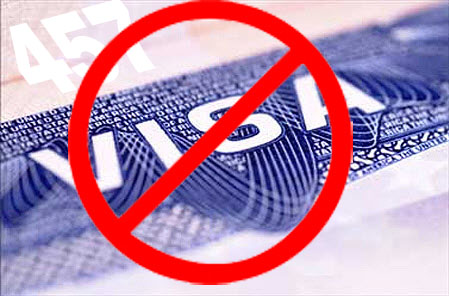 If You Do Aussie Work You Deserve Aussie Rights

The exploitation of foreign workers in Australia and the need to make sure that our kids receive the skills and training they require for the jobs of today and tomorrow is back on the electoral agenda as the Transport Workers Union (TWU) launched its campaign for Aussie Work, Aussie Rights today in Sydney.

TWU National Secretary Tony Sheldon said, “Whether you have a 60,000-year family heritage in Australia or you arrived here last week, when you do Aussie work you deserve Aussie rights.”

“There are some 1.4 million people with working visas in Australia and too many live in fear of speaking out against their boss or are deep in debt to unscrupulous migration agents.

“We have seen numerous examples of exploited 457 workers, migration agents ripping off foreign workers for tens of thousands of dollars and student and working holiday visa holders forced to live and work in filthy and dangerous conditions while being grossly underpaid.

“When dodgy bosses exploit migrant workers, it makes more difficult for our kids to get the jobs and training they need and it gives these companies an unfair advantage over the majority of Aussie businesses that play by the rules.
“But it’s not just con-men and dodgy restaurants taking advantage of holes in our labour laws and migration system. Blue chip companies like Qantas/Jetstar are currently being prosecuted by the Fair Work Commission for paying Thai flight
attendants working on Australian domestic routes as little as $247 a month.”

As part of the campaign the TWU will write to more than 850 electoral candidates asking them to sign the pledge for better protections for migrant workers and making sure Australia has the skills and training to compete for the jobs of tomorrow.

Tony continued, “The Labor Government made some important changes to legislation around the 457 visas earlier this year – but more needs to be done.

“In contrast, the Federal Coalition wants to wind the clock back on sensible changes to skilled migration laws, with Tony Abbott pledging that 457 visas will be a “mainstay” of their immigration program if he is elected.”

Tony Sheldon concluded, “Recruiting labour from overseas is a quick and easy shortterm solution to skill shortages, but the long-term solution lies in giving young Australians the opportunity to develop the skills and expertise that our economy
needs.”