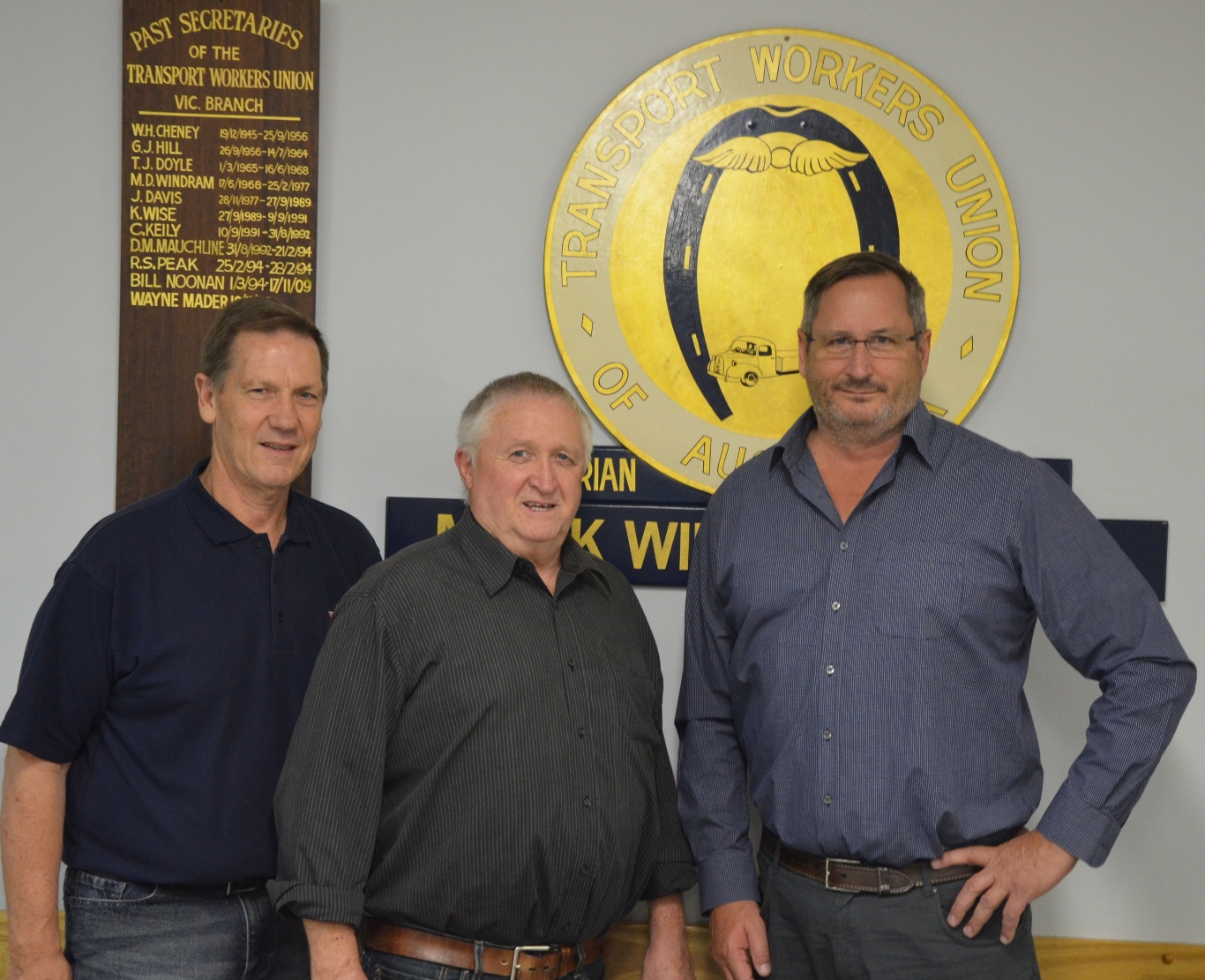 
The TWU (Vic/Tas) Branch Committee of Management (BCOM) has accepted the resignation of State Secretary Wayne Mader following 32 years as an elected official.

Members are assured that a proper and orderly succession plan – designed to drive the Union forward into the future – has been put into place.

Wayne has been a Branch member for 45 years and was a workplace delegate prior to being appointed a Branch Organiser in 1983. He was elected Branch Assistant Secretary in 2007 and Branch Secretary in 2009.

Wayne’s hard-work and dedication, as part of the Victoria and Tasmania Branch team, in helping to protect jobs and improve wages, conditions and health and safety standards for many thousands of members can only be admired. These contributions will always be remembered and Wayne leaves the Union in outstanding order for our present and future members.

“The interests of the Union are always first and foremost. I leave it, and the membership, in a strong and effective position,” Wayne said.

“I am very proud of all the great things achieved by the current team, and their predecessors, and the members. A personal highlight has been the successful fight to achieve TWU Super, the stand-alone superannuation fund for all transport workers.”

Wayne and successor John Berger have worked shoulder-to-shoulder for many years, along with delegates and officials, and the Branch will continue to operate with honesty, drive and commitment now and into the future.

John has been a TWU (Vic/Tas Branch) member for 30 years. He worked as an Ansett aircraft loader for 10 years before starting with the Union 20 years ago.

Since joining the Union, John has been elected to the Branch Committee of Management, elected as an organiser, seconded to the Federal Office and elected to the position of Assistant Branch Secretary.

Senior organiser Chris Fennell has been elected Branch Assistant Secretary, both John and Chris were appointed by the rank-and-file BCOM.

A final word from Wayne: “Please give your delegates, occupational health and safety representatives, John Berger, Chris Fennell and the rest of the team your support and assistance. We are stronger together.”