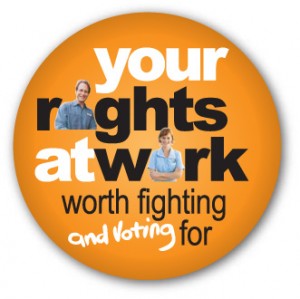 With an election supposedly predicated on industrial relations issues of the Australian Building and Construction Commission and the Registered Organisations Bill, the Turnbull Government has been suspiciously silent on exactly what they are planning for Australia’s 12 million plus workers.

What we have seen is the Abbott and Turnbull Governments fail to support penalty rates, jobs security and workers’ rights. Despite Employment Minister Michaelia Cash repeatedly promising a detailed IR response to the Productivity Commission’s recommendations prior to the election, no such policy has been presented – potentially leaving the door open for the return of WorkChoices-era polices despite lacking an electoral mandate.

ACTU secretary Dave Oliver said that, despite subjecting Australia to a record-length election campaign, Malcolm Turnbull has not offered any long term vision for job creation or industrial relations and has instead left the door open to further attacks on worker’s rights.”

“This is a critical failure of policy and leadership and leaves a re-elected Liberal Government with absolutely no mandate to implement the kind of anti-worker reforms that so many of their big business backers have been demanding, such as weakening unfair dismissal laws or the introduction of individual contracts,” he said.

“Malcolm Turnbull’s silence can only be interpreted as a sign he is not planning any significant changes to industrial relations should he win on Saturday – anything else would represent a massive breach of trust with the Australian people.”