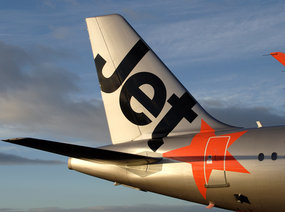 Jetstar has informed staff that an overwhelming 92.4% of employees have unanimously REJECTED its Jetstar Cabin Crew Agreement.

Congratulations to TWU Jetstar members who have sent such a clear and unambiguous message to management. The current Jetstar cabin crew agreement process has been problematic and TWU members obviously were not happy with the rushed, substandard deal made behind closed doors between the FAAA and Jetstar management.

TWU (VIC/TAS BRANCH) Secretary John Berger said it was heartening to see the level of solidarity among Jetstar cabin crew and the resounding vote to reject the agreement underlined the fact that Australian workers will not – and should never – accept cut-rate deals that fall far short of expectations.

We are stronger together and NOW is the time to join the TWU and tell your mates to do the same, the more members we have the better the agreement. JOIN NOW.

The wage means Joyce has flown towards the top of the Australian executive pay tree. The company’s chairman, Leigh Clifford, defended the pay award which he said was based on the airline’s “remarkable” turnaround from a $2.8bn loss in 2014 to record profits.

“There is no question that these pay outcomes are high,” Clifford said in a statement.

“That’s because they reflect the company’s exceptional performance, including our top ranking for total shareholder return among global airline peers and every company on the ASX100.”

These statements of financial wealth are great for Qantas but the Australian travelling public are entitled to ask how exactly these profits are made. If the company is performing so well and the executive and shareholders are being richly remunerated: why have basically all of its cabin crew employees rejected an unfair agreement.

There is obviously money there for workers – join the TWU today and join a union willing to roll up the sleeves to secure better wages and conditions and a more secure future for its members.