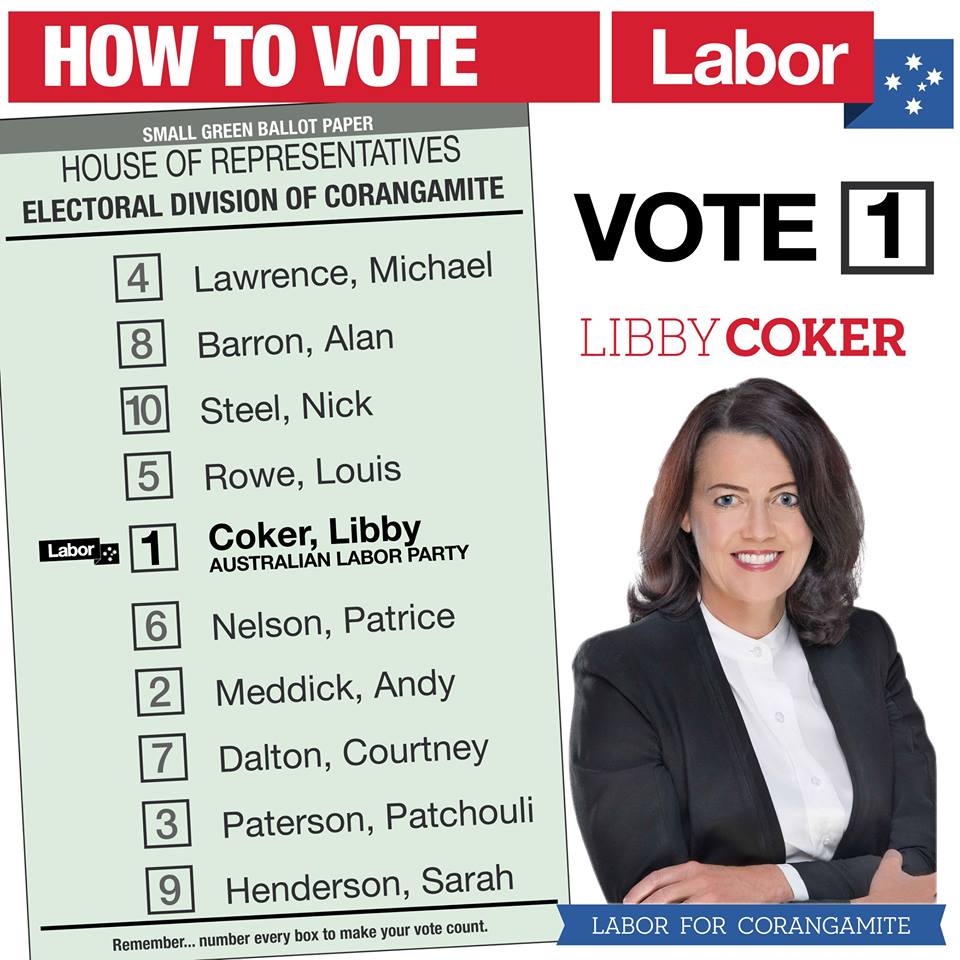 Labor to invest in Victorian roads

A Shorten Labor Government will tackle traffic congestion in Melbourne and lift the capacity of Victoria’s rail freight network and regional roads.

Labor’s Melbourne Roads Package will include:

§  $510 million to improve efficiency on the Monash Freeway.

Labor’s candidate for the marginal federal seat of Corangamite, Libby Coker, said the ALP were on the right road in regards to the funding.

“Our Great Ocean Road will see $20 million for upgrades, $120 million to duplicate Barwon Heads Road and funding for the Midland Highway between Geelong and Bannockburn. It will be a safe journey with Labor,” Ms Coker said.

“Many, many people have told me about the potholed road that is the key access road from Barwon Heads and Armstrong Creek to Geelong. We want it fixed.”

In Corangamite, Liberal Sarah Henderson is defending her 3.9 per cent margin from a strong campaign by Ms Coker – a former surf coast councillor and mayor. Corangamite is almost 8,000 sq km and is home to popular surf coast localities, including Torquay and Lorne, as well as the large agricultural district of Colac along the seat’s eastern borders.

The ‘Western District’ in the electorate’s east historically favours the Liberal vote where the conservative rural voice is strongest – which is even more reason for Labor voters to have their say on 2 July.

Coker said her priorities for the region were simple.

“I’m running to deliver jobs for our community and to make sure nobody misses out on medical tests they need. And I’m running to ensure every child gets the education they deserve,” she said.

Shadow Transport Minister Anthony Albanese said Melbourne’s population was predicted to grow by 1,700 people a week between 2011 and 2031.

“The state’s freight carrying task is expected to nearly double in the same period. We must invest now to provide the infrastructure to meet this projected growth or risk traffic congestion damaging the economy and reducing our capacity to create jobs,” he said.

The Abbott-Turnbull Government has courted conflict with Victoria, particularly over the scrapped East-West Link, which would have provided a paltry 45 cents in economic benefit for every dollar invested.

For full details of the Melbourne Roads Package and the Victorian Regional Transport Package, please visitwww.100positivepolicies.org.au/melbourne_roads_regional_victoria_transport_packages_fact_sheet