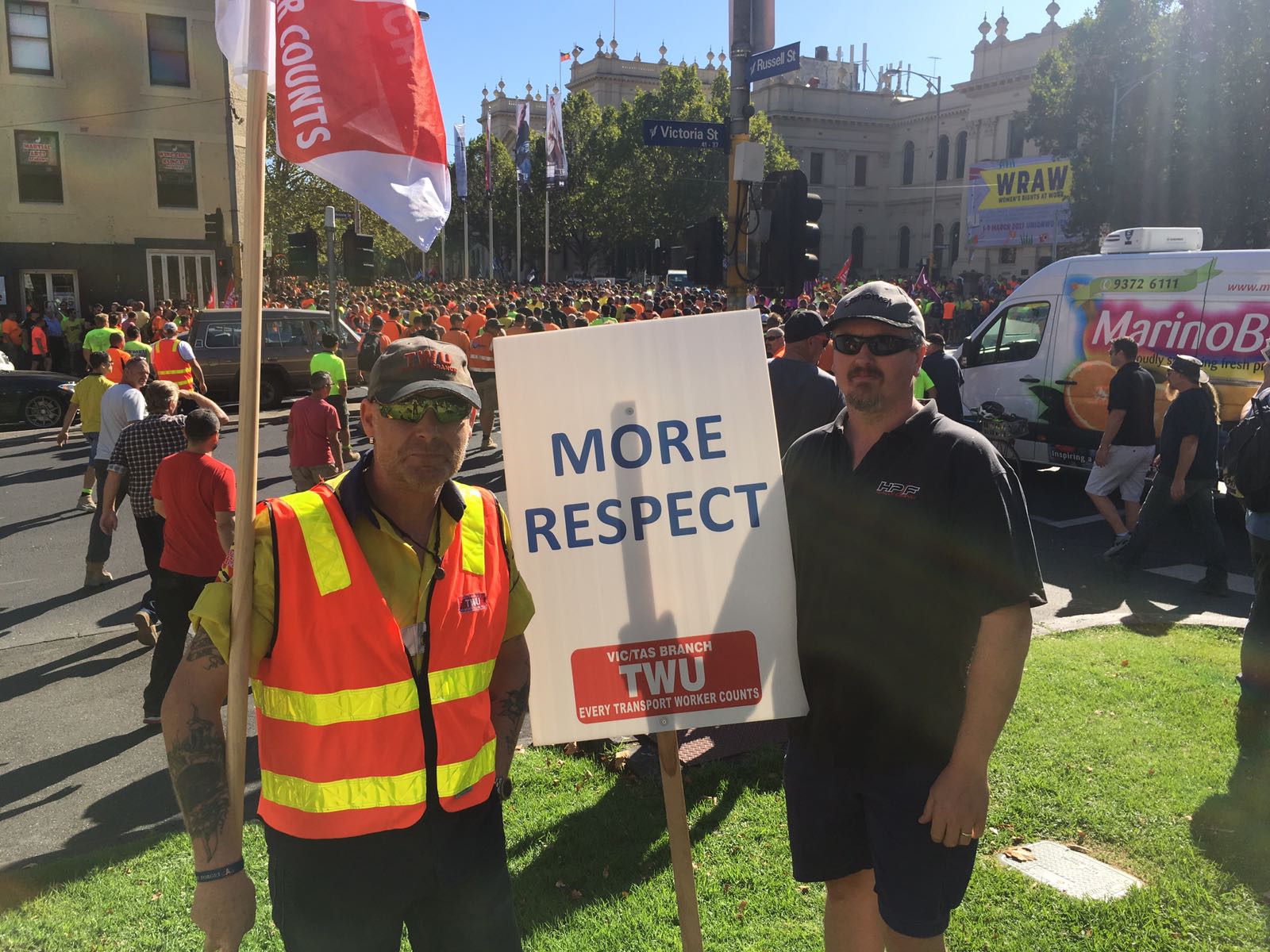 The pledge to restore Sunday penalty rates for retail, hospitality and retail workers affected by a Fair Work Commission ruling – supported by the Coalition – created a clear policy division between Labor and the Coalition leading up to the next election.

“Penalty rates are the difference between poverty and making ends meet for many of Australia’s lowest-paid working people and their families and must be protected,” he said.

“We have fought these cuts, not just because they are utterly unjust, but also that we believe the Coalition will waste no time having them applied across other industries – including transport – on behalf of its big business donors.”

John pointed to nationwide protests held on June 20 which saw thousands of workers march in major Australian cities to protest the Coalition’s anti-worker thuggery – including penalty rate cuts and the revival of the Australian Building and Construction Commission (ABCC).

“If feet on the street are any indication, the Turnbull Government may just have scored one of the most-telling own goals in Australian political history by supporting the axing of penalty rates,” John said.