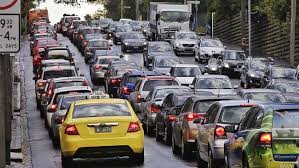 The Andrews Labor Government have claimed that travel times have improved on Punt Road “by an average of 40-per-cent” since permanent 24/7 clearways were created two weeks ago.

Previously, clearways only operated weekdays during peak hour on Punt Road – one of Melbourne’s most critical north-south city bypasses.

The most significant improvements have been outside of peak periods and on weekends where the average time dropped by 40-per-cent since late August.