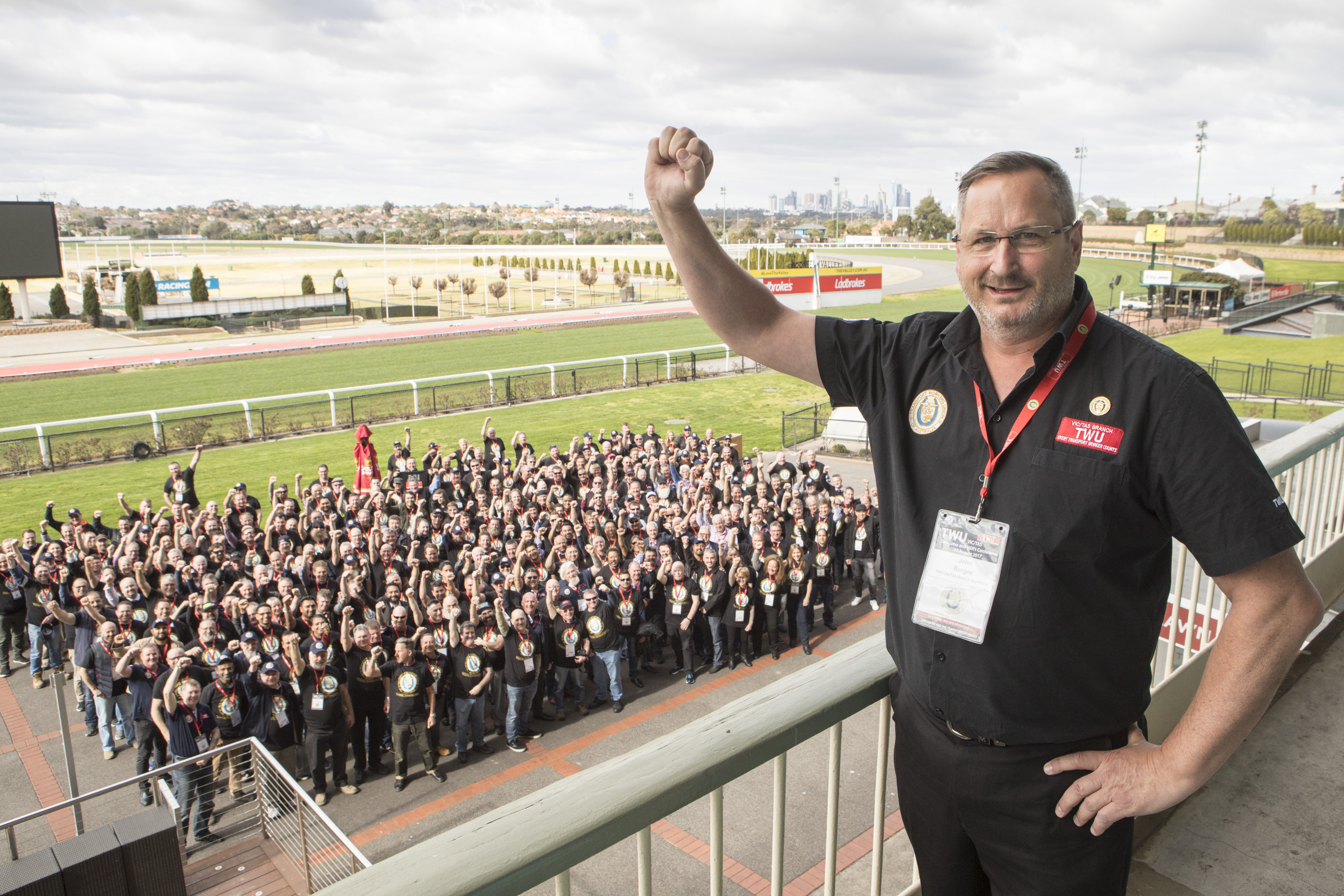 It has been a highly-active year full of many challenges and victories in all our sectors – from truck and bus drivers, waste, cash-in-transit and gas to ports and logistics and aviation.

I would particularly like to thank every single member for the grassroots strength that assisted greatly as we worked through some extremely tough enterprise agreement negotiations. This wall of workers stood against corporate greed and won some very solid and overwhelmingly-endorsed agreements – including majors in Linfox, TNT, Toll and Startrack.

Importantly, the vast majority of you will go into the Christmas break with the certainly of having your wages and conditions set for several years.

The Branch also helped members in many other ways this year. From winning back wages that were rightfully theirs and securing fair payouts, to assisting those injured at work and ensuring safer workplaces.

A true highlight came at the Branch Delegates Conference in August when Victorian Premier Daniel Andrews personally delivered some great news for tipper owner-drivers in telling the packed room that the current pay-by-the-load system used on government infrastructure projects will be replaced with set, minimum rates. The Branch has long-campaigned to ensure these members can operate in fairer and safer workplaces and we are currently in high-level discussions to secure the best outcome possible. Watch this space.

TWU members are the strength of the Union and the more of us who stand together, the greater and more frequent will be our victories.

We are expecting the attacks on workers for 2018 will begin on 1 January because there is no rest for the wicked. The Coalition Government already want to increase casualisation, further erode Safe Rates and give Big Banks access to your hard-earned superannuation. It will also surely try to extend its shameful attack on penalty rates – and transport workers are in the firing line.

They will try out our resolve and we will be telling them that they are looking in the wrong wallets.

There’s no doubt this union is becoming a well-oiled machine. From grassroots members to a battle-hardened National Executive we all feel part of a winning team pushing in the same direction and leaving no one behind. We want to build on this momentum and have some big plans for coming years.

The next phase for our planning is a national TWU Future Focus Committee meeting scheduled for January and a mid-year national TWU Organisers Conference. There will be many other public events and lots of behind-the-scenes activity as we wade through issues crucial for the transport industry.

On behalf of Assistant Branch Secretary Chris Fennell, Branch organisers and staff, I wish all members and their families a safe and happy festive period.

We are extremely proud of the stand taken by many TWU members this year against those things that stand in the way of their own progress – like corporate greed, belligerent government policy and bureaucratic nonsense.

I would also like to say a special thank you to those TWU members – from truck drivers and couriers, air pilots, cabin crew and ground crew to bus drivers and cash-in-transit workers – who will be delivering the necessities of Christmas to everyday Australians and not to forget the waste disposal members who will be taking it all away.

Many will be working every day – including public holidays – through the holiday season to keep country moving.

Tell your mates about what we have achieved in 2017, and get them to join the TWU today as we prepare for the fight ahead.