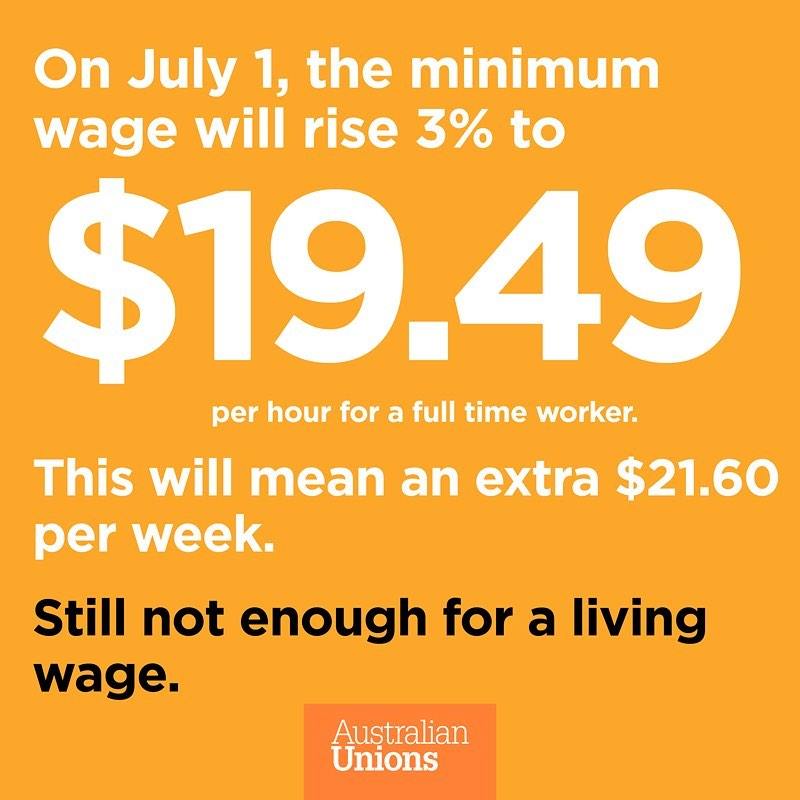 After a long campaign, the union movement has won a 3% pay increase to the minimum wage.
The Fair Work Commission ruling following its Annual Wage Review means an extra $21.60 per week for full-time workers.
The increase came despite the opposition of the Morrison Govt and its big business mates and their attempts to suppress or freeze wages.
The increase is a step in the right direction for the millions of workers who rely on it and the awards system.
However, it still falls short of the living wage target, which is 60% of the median full-time wage.
No full-time worker should earn a wage that leaves them in poverty.
It’s time for a living wage – especially in the face of further penalty rate cuts in a few weeks time.