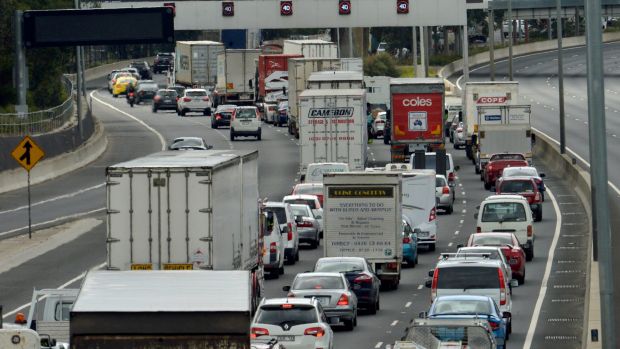 Photo courtesy of The Age

TWU member drivers were angered when the 18-month trial began last year, believing they were being unfairly targeted. The trial cut truck speed limits to 90km/h while car speed limits remained at 100km/h.

VicRoads have abandoned the trial, introduced to “increase reliability and safety of the freeway”, after just six months following an independent evaluation that found the new conditions had actually made traffic conditions worse and increased aggression between car and truck drivers.

VicRoads said the trial had encouraged tailgating by motorists and had led to cars weaving around the slower-moving trucks.

In a statement, VicRoads said that while “the 90km/h speed limit trucks were meant to follow was only being adhered to in some lanes” both cars and trucks were leaving less headway between vehicles as a result of the freight speed limit.

“Cars were equally and sometimes more aggressive than trucks in tailgating behaviour,” the statement said.

It has been announced that the second proposed stage of the speed trial, banning trucks from the right lane on the Monash, is still on schedule to begin later this year. The TWU will be closely-monitoring this situation to ensure road rule changes do not create increased dangers in the workplace.