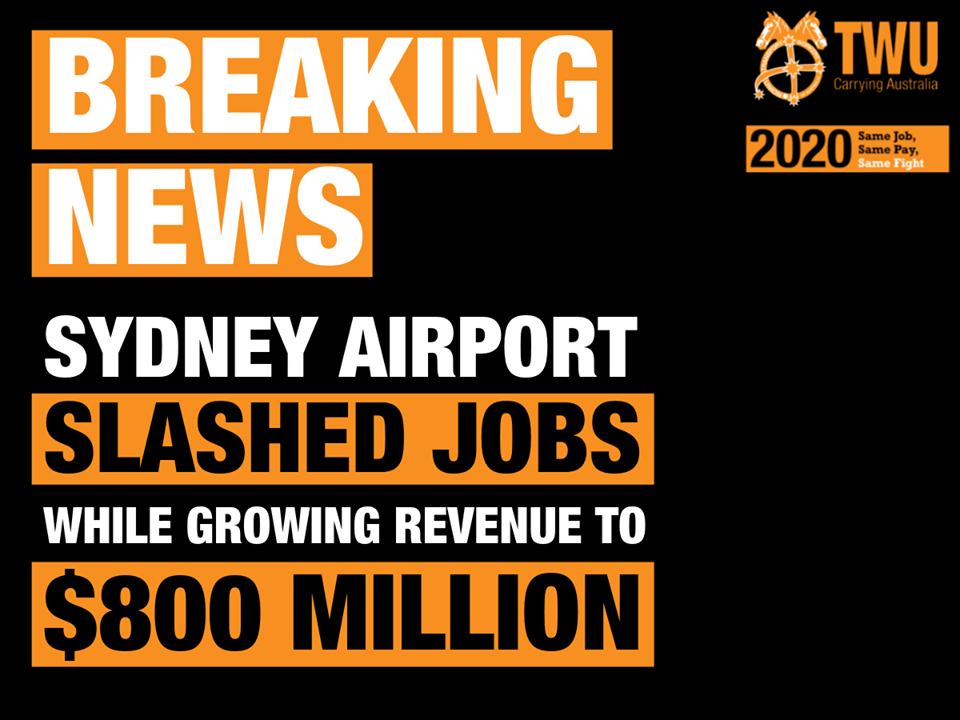 Sydney Airport slashed jobs by 8% and allowed wage theft of aviation workers while growing revenue to $800m, according to their half year report released today.

Next Wednesday, aviation workers will protest at airports across the country to demand better, safer jobs. Talk to your TWU delegate to join the fight.

Also at the airports the TWU can confirm Swissport/Aerocare is attempting to get another shoddy agreement up just a week after the FWC ruled the company was underpaying its workers.

Swissport: it’s time to stop the swindle and to start paying your workers properly!