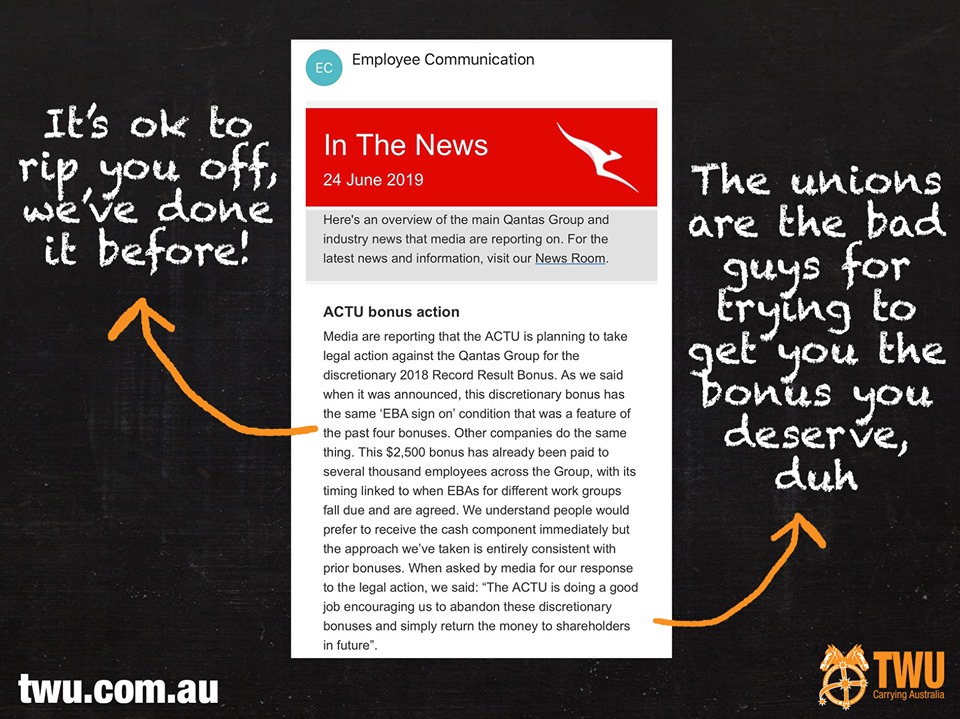 The TWU yesterday joined the ACTU in challenging Qantas’ discriminatory bonus scheme in court over its fairness and legality.
When we announced this publicly, Qantas’ response was to send an e-communication to workers to say it might just abandon bonuses in future and hand all profits to shareholders.
Engaging with workers, instead of threatening them, is a better course of action Qantas, especially given so many of these workers accepted a pay freeze to allow the company to lift its economic performance.
It is simply not right that the airline is withholding the bonus from thousands of workers until they sign a new enterprise agreement, while other staff not on enterprise agreements received their cash immediately and without restriction.