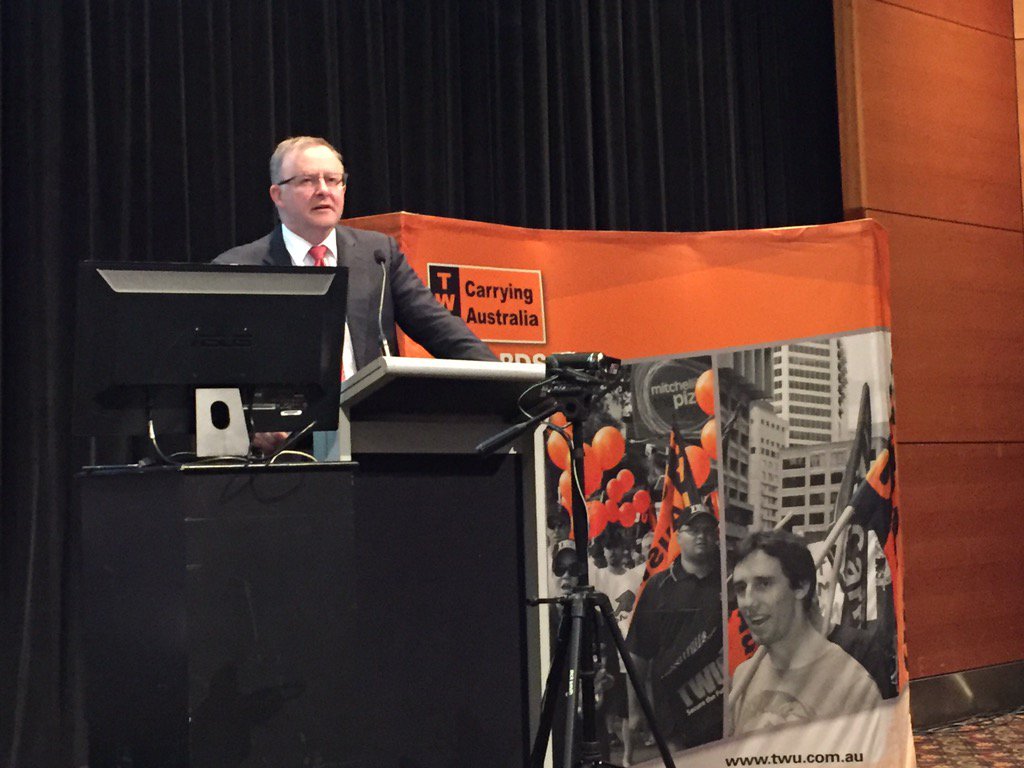 Edited version of a speech delivered by Shadow Minister for Transport and Infrastructure Anthony Albanese at the TWU National Conference, 18 May 2017:

One major disappointment in the Budget was its lack of action on road safety.

Mr Turnbull’s abolition of the Road Safety Remuneration Tribunal in 2016 was wholly political.

Everyone here knows the tribunal was created by the former Labor Government.

We worked with your union and other key players in the sector, including employers and experts, to eliminate incentives for drivers to work long hours and adopt unsafe driving practices in order to make a living.

In creating the tribunal, our shared concern was to save lives.

In abolishing it, Mr Turnbull’s concern was to win votes by union bashing.

In Government we pursued this reform, whilst also using new technology to improve road safety. Measures such as changing Australian Design Rules to mandate Front Underrun Protection Systems in heavy vehicles are making a difference.

To the Prime Minister’s discredit, last week’s Budget did not contain a single new road safety initiative at a time when the road toll is on the rise, reversing decades of decline.

Even worse, it cut funding for road construction and maintenance.

It cut the Black Spots program, the Bridges Renewal Program and the Heavy Vehicle Safety and Maintenance program.

There was no new investment in urban rail to tackle the traffic congestion that is a hand brake on productivity growth and a hazard to your members.

Indeed, there was only one new on-Budget project in the entire Budget over the next four years –$13.8 million for the Far North Collector Road near the NSW town of Nowra in the marginal seat of Gilmore.

This is a project no-one had ever heard about until Budget night.

The business sector saw the infrastructure budget as a dud.

Foremost, the Budget confirms the cut to ‘real’ budgeted capital funding to its lowest level in more than a decade – using a mix of underspend, re-profiling and narrative to cover this substantial drop in real capital expenditure.

At a time when Australia needs to lift productivity to drive jobs growth outside of the mining sector, a drop in real capital expenditure to its lowest point in more than a decade is that last thing we need.