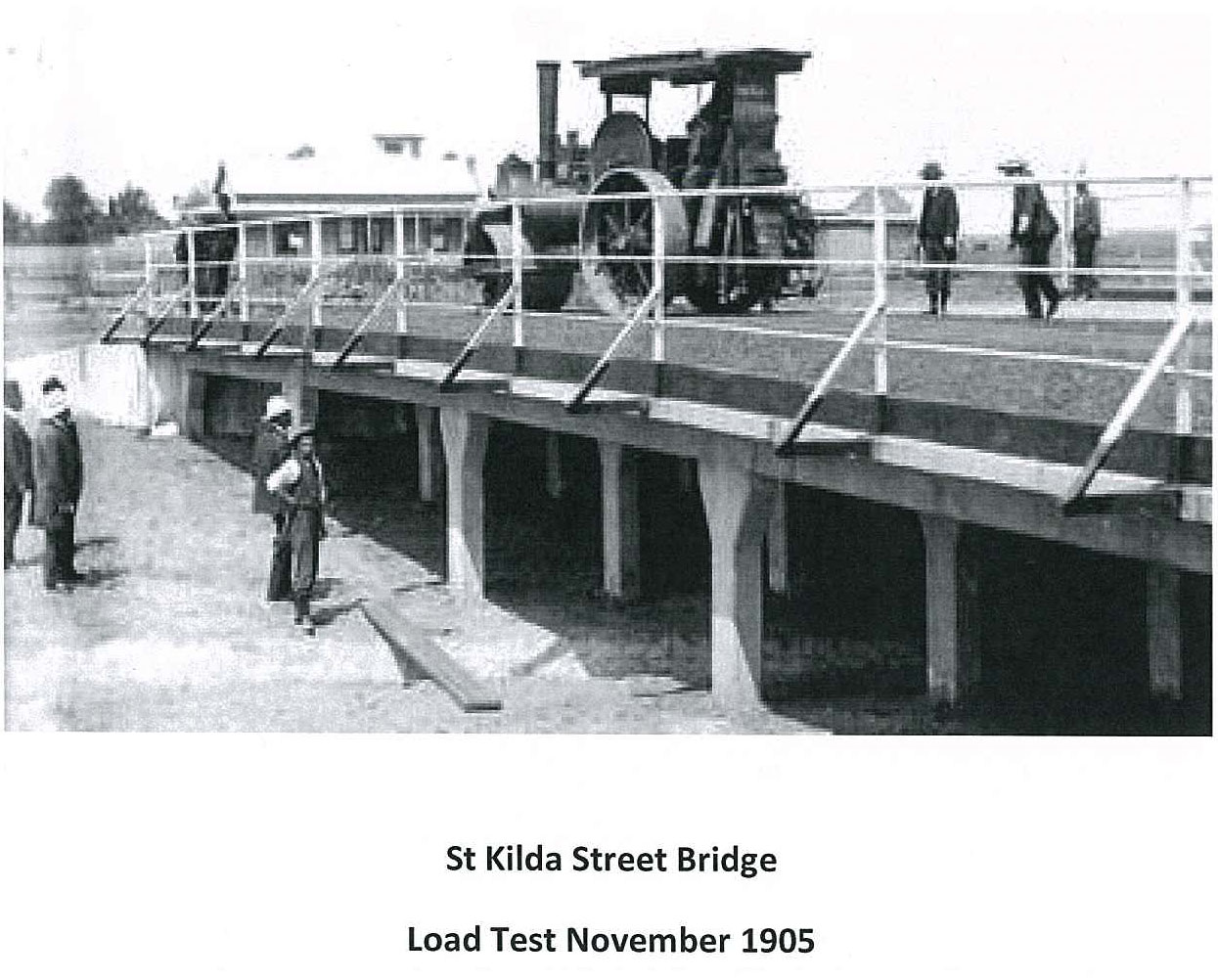 The heritage listed St Kilda Street Bridge was built in 1905. It was designed and constructed by Sir John Monash and is the oldest existing reinforced concrete bridge of its type in Victoria, and possibly Australia. The structure is significant nationally for both scientific and historical reasons.

This photo was taken in 1905 during a load test.

However, due to its age, the bridge has been deteriorating despite maintenance being undertaken. In order to protect its structural integrity there is a load limit rating of 13 tonne on the bridge with clearly marked load limit signs on the approaches to the bridge itself and in advance of the bridge.

If your truck is over the 13 tonne load limit (garbage and concrete agitator trucks in particular can be over this limit) please take other routes to help preserve this part of Vicotria, and Australia’s, road transport heritage.