On 20 June the Transport Workers Union led a vehicle convoy made up of hundreds of trucks, buses and supporters vehicles to the lawns of Parliament House in Canberra to show support for the Federal Government’s commitment to put in place a system of Safe Rates and Conditions for truck drivers.

The Union has been lobbying for some time for a system of safe rates, which allow truck drivers to receive full cost recovery for their work including flexible payments for rising fuel costs, as well as paid waiting times.

Drivers can spend up to 22 hours a week of unpaid time waiting to load and unload goods at the docks of major retailers. Drivers are then forced to push themselves and that is causing accidents.

Wayne Mader, Branch Secretary said, “Achieving safe rates isfundamental to tackling fatigue in our industry. Drivers who are forced to queue for hours are working unsafe hours. Drivers in our industry don’t want to work under unsafe driving schedules in order to make a living.

The Union’s campaign for safe rates focuses on: 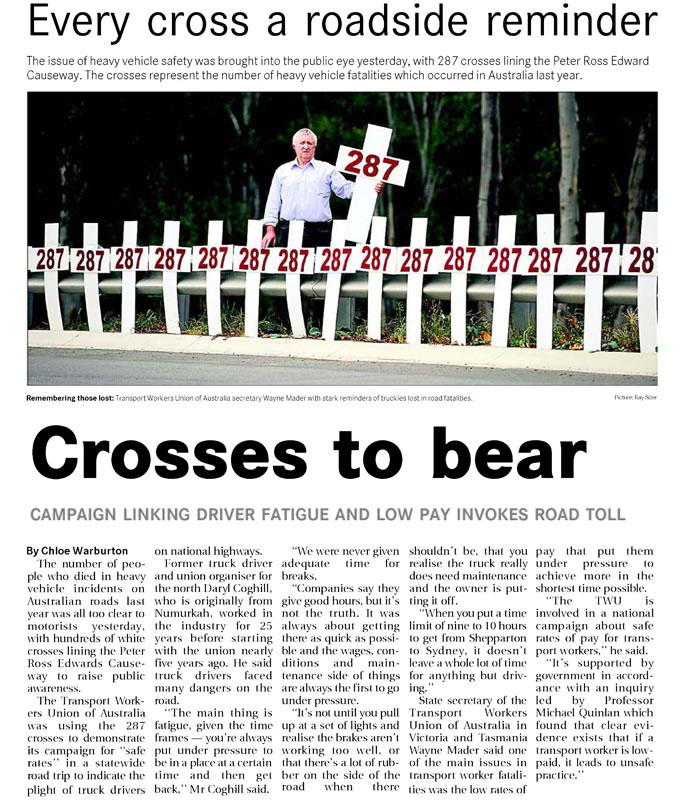 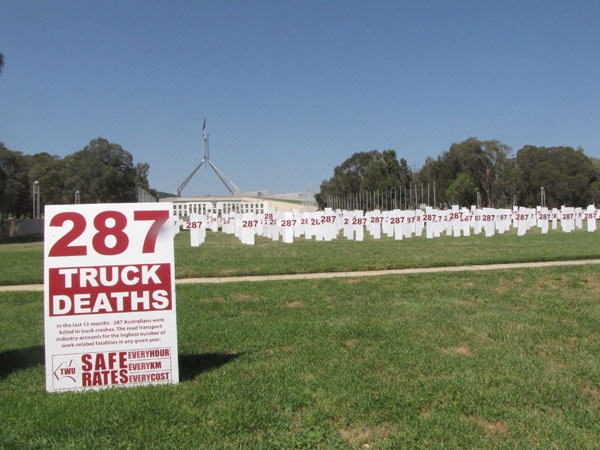