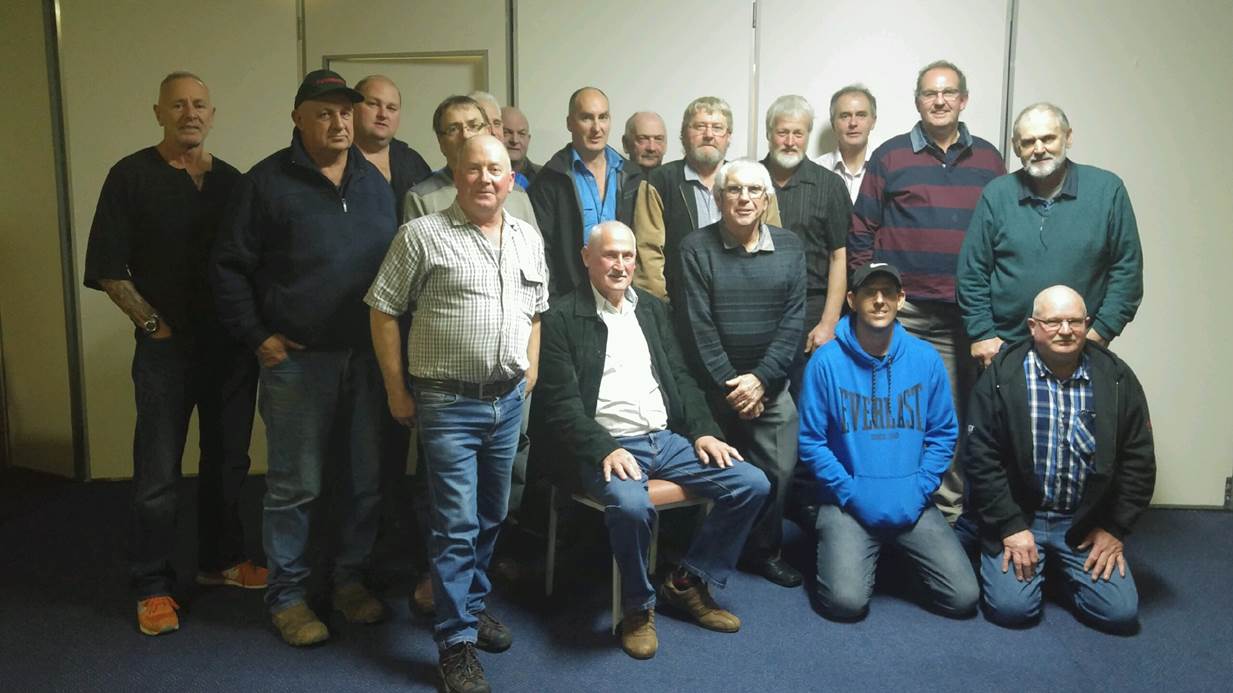 ONE FOR THE ROAD: Brian Dixon (seated, front row) surrounded by former colleagues and fellow TWU members celebrating his retirement.

TANKER FOR THE MEMORIES

Needless to say that only the most steady-handed and steely-veined drivers can boast such a career.

In February 1967, Brian took a job on the cheese floor at Smithon’s Duck River Butter Factory Co Ltd. Three years later, however, he was ready for the open road after obtaining his truck license and joining the TWU.

That first truck was a Comma 130 HP split diff he used to deliver general produce to farmers, general freight to and from railway stations and meat from the Bacon Factory to local butcher shops.

“I then moved on to semi-trailers in 1973, delivering block butter to cold storage in Wynyard and Devonport in the spring and bringing it back in the winter for packing at the butter factory,” he said.

“I was also carting milk powder to storage along the coast and, in the late 1970’s, I began bulk milk carting towing 11,000 litre tanks behind Comma, long-nose Mercedes, Scania and International Acco trucks.”

In 1985, when Linfox got the contract to cart bulk milk for UMT

Brian stayed with Linfox for two decades before shifting to Fonterra in 2006 where he drove mainly Volvo’s until his retirement.

“Retirement will consist of more golf and visiting family who live in Victoria more often,” he said.

“And thanks to the TWU and its support of all truck drivers, keep up the good work!”

And we would like to thank Brian for all of his support over the years, it is hard-working, loyal and tenacious members like Brian that keep the TWU moving forward year-after-year.