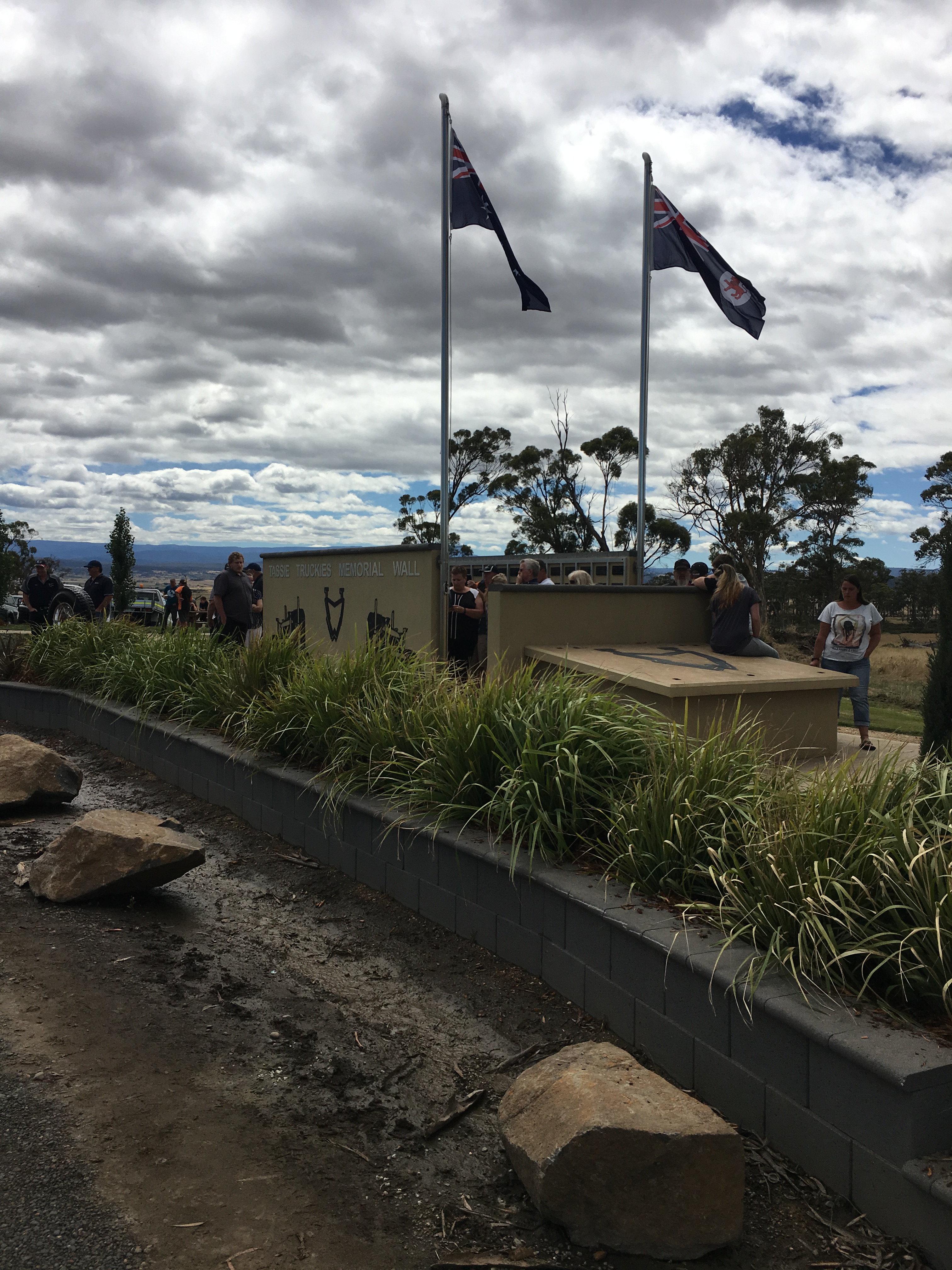 FAMILY, friends, workmates and colleagues stood side-by-side and, some, arm-in-arm, at the Tasmanian Truck Drivers Memorial last Saturday to honour those who have lost their lives at work – on and off the road.

The memorial is established at the Epping Forest Road House in the Northern Midlands. Twin walls of the memorial carry the names of the deceased while a third wall is visible to traffic on the Midland Highway. There were 21 new plaques installed on the weekend (see full list below).

Steve said hundreds of people turned up, as was the case in previous years, to pay tribute to those who have lost their lives in the trucking industry, including fathers, mothers, husbands, wives, brothers, sisters, grandchildren and great-grandchildren.

“The day was was met with glorious weather unlike the previous day so it turned out perfect for the memorial,” he said.

“As was spoken many times on the day, this is a place you could call a sanctuary, unlike a cemetery, where you can come and visit in peace and be near your loved ones with family and friends or just by yourself.

“There were a lot of familiar faces from the industry in the crowd and it was a good chance to catch-up and reminisce of times on the road.

“Among the plaques already on the wall the new ones now rest.

“Until we meet again next year stay safe on the roads, keep the dream alive and keep on trucking.

“We want people to work safe so that everyone goes home the same way as they went to work that morning.”

Following personal tributes there was a minutes silence and the Lone Piper, Craig Cooper, played while people paid their respects. 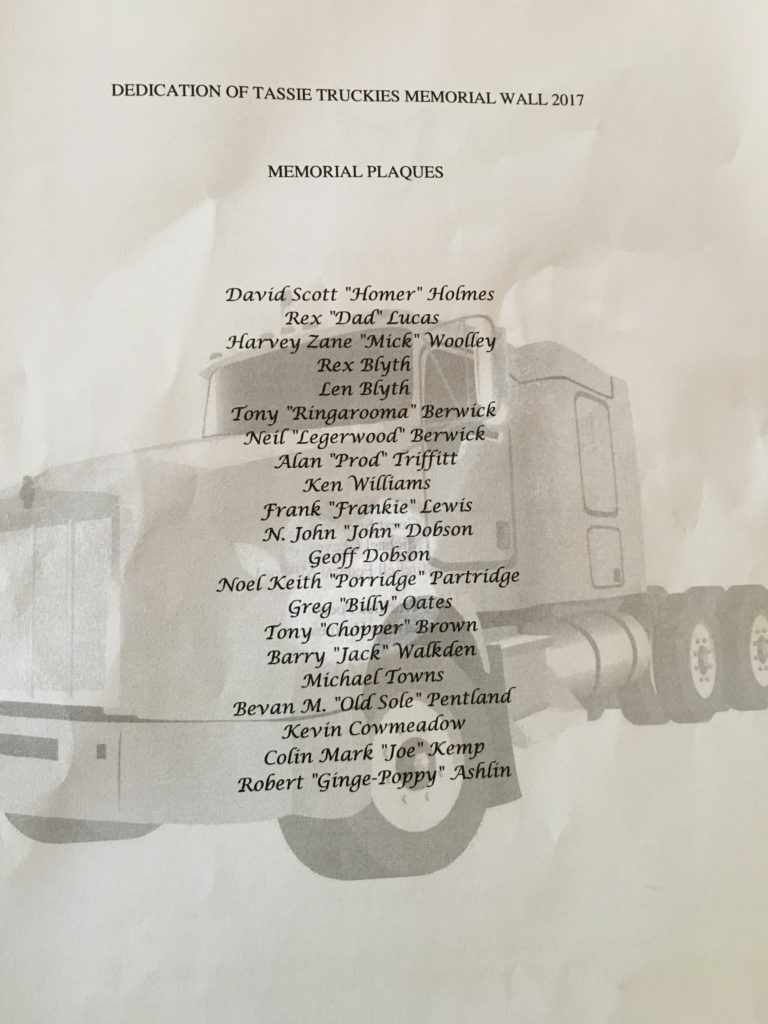 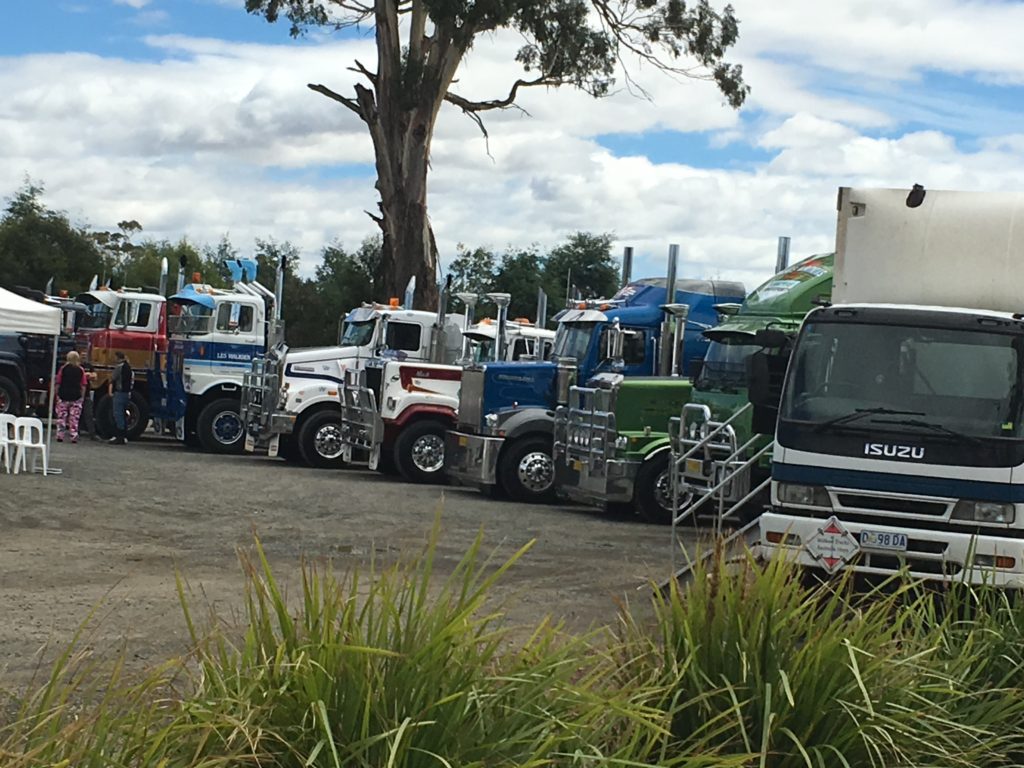