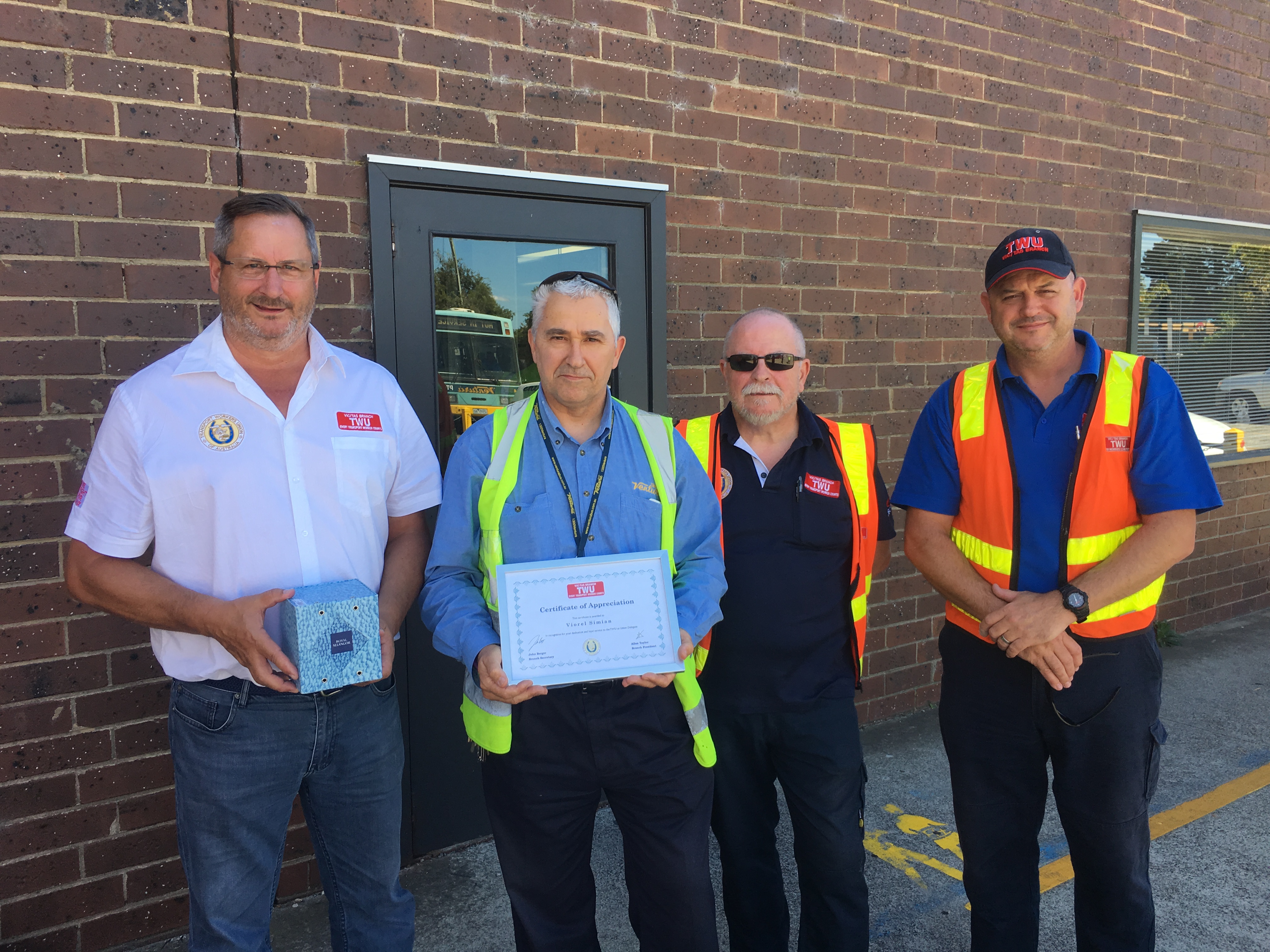 The TWU (Vic/Tas Branch) would like to thank Ventura delegate Vio Simian for all of his invaluable assistance and support over many years.

Like all TWU delegates, Vio spent much of his spare time working tirelessly to ensure his fellow members were treated fairly and with respect.

Vio, based at Ventura’s Moorabin depot, recently stepped-down from the role he held for just short of a decade and was presented with a special Certificate of Appreciation and a tankard by TWU Bus Industry Organisers Mike McNess and Bob Lean and Branch Secretary John Berger.

Vio, who has worked in public transport for nearly 30 years, has always been a strong and active union member and was part of the negotiating EBA committee for the last three bus industry EBA’s in 2008, 2011 and 2014.

“Vio never wavered when it came to protecting his members, you always knew when Vio was at any meeting, and would miss him when he wasn’t,” Bob said. “Vio never does things by half and only knows one speed – full throttle.”

Federal Budget News: Coalition Exploits and Steals from Working Australians
STATE BUDGET WIN FOR ROAD USERS/FEDERAL COALITION HAS BIG BUDGETRY PLANS FOR WORKERS – AND THEY ARE ALL BAD