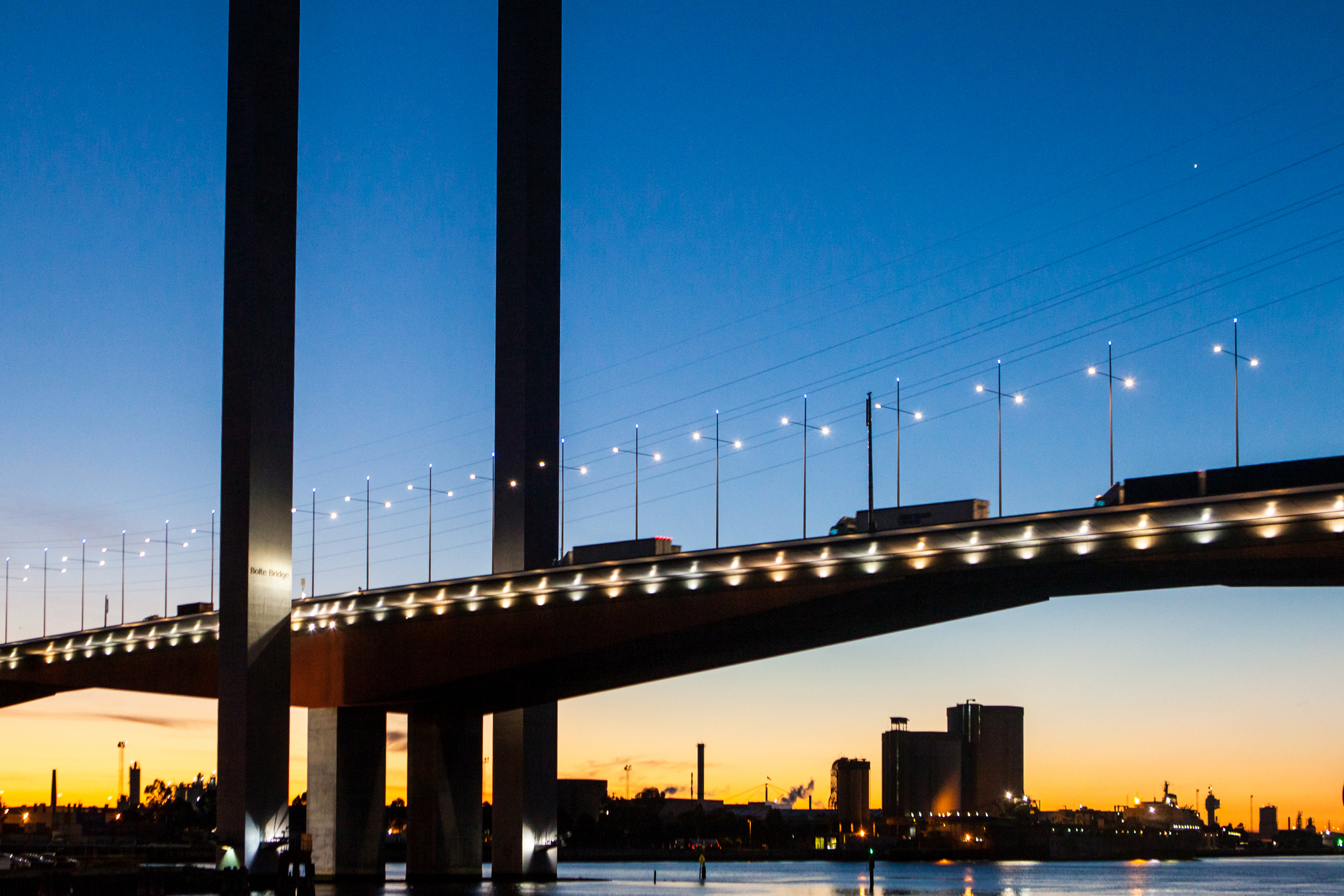 The Bolte Bridge crossing the Yarra River at night in Melbourne, Victoria, Australia

Those at top of chain-of-responsibility should be held accountable for truck road deaths: new research.

The report, to be released today at a TWU road safety summit, shows more than 10 per cent of truck drivers said they worked more than 80 hours a week. And 82 per cent reported working more than 50 hours per week.

More than one in eight (13 per cent) said they were unable to refuse an unsafe schedule. And close to one in five of the drivers who could not refuse to work an unsafe schedule reported working 80 hours per week or more.

This article appeared in the Fairfax media this morning.

TWU (Vic/Tas Branch) Secretary John Berger said that, while news organisations obviously recognised the importance of the situation and were taking it seriously, the Coalition Government – who actively tore down the Road Safety Remuneration Tribunal (RSRT) – is not.

“Hopefully this independent academic research will be a wake-up call for the Coalition to reinstate the RSRT before more families lose loved ones as a consequence of heavy vehicle crashes. The tribunal was tasked to do what no other body has ever been asked to do: hold wealthy retailers and manufacturers to account for safety in their supply chains by breaking the link between low-cost contracts and dangerous practices,”  John said.

“We are asking how many more drivers and ordinary Australian road users will never return home before the Turnbull Government accept the mess they have returned the industry to and the urgency of this crisis?”

The Road Safety Remuneration Tribunal was created in 2012 after a 2008 report by the National Transport Commission found a link between pay and safety outcomes for truck drivers.

One respondent to the research survey said: “Most long-distance truck drivers are running up and down the highway doing excessive hours that are not recorded in the log book.”

Another said: “There are too many companies and drivers out there willing to bend rules and turn a blind eye just so the job gets done.”

One third of drivers agreed companies were “happy for drivers to bend the rules when on the road” and about half said the transport company they worked for was “more interested in ticking the boxes to look compliant than actively ensuring safety”.

One in six drivers who own their own trucks said they did not believe they could refuse to carry an unsafe load and 42 per cent would not report safety breaches for fear of losing work.

The survey was based on face-to-face interviews with 160 drivers at six truck stops and 626 responses to an online survey. The researchers also interviewed 21 stakeholders and reviewed workplace health and safety literature.

Report co-author Professor Louise Thornthwaite from Macquarie University’s Centre for Workforce Futures said the study highlights a “blame the victim” culture, and calls for those at the top of the chain of responsibility to be held accountable for safety.

Her co-author, Dr Sharron O’Neill, from the University of NSW School of Business, said the study identifies a complex web of risk factors behind the high rate of fatality and injury to road transport workers.

He said the Macquarie University report documents a supply chain which “puts all the pressure on drivers at the bottom and none of the accountability on the top”.

“It shows how this supply chain pits transport operators, which prioritise safety and employ experienced, trained drivers, against operators which cut corners and force drivers to take risks”.

Mr Sheldon said the Federal government’s abolition of the Road Safety Remuneration Tribunal had contributed to the safety problem. He said more than 2500 truck drivers and other road users died in truck crashes in the 10 years to 2014.

The Macquarie University study also found many truck drivers were not paid for many hours of unloading or while queueing to dock.