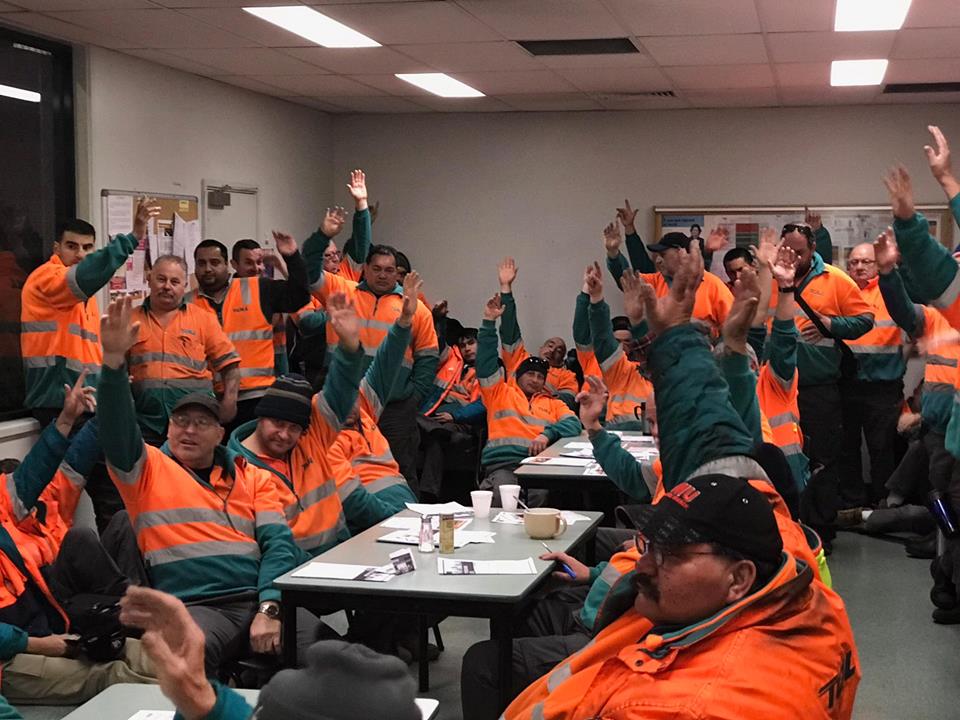 The TWU has been holding important report back meetings in various Toll sites across Australia this week.

Last week, the union lodged a protected action ballot in the Fair Work Commission against Toll after EBA talks stalled on key issues.

We can report that Toll members are voting unanimously for Protected Action.

The message to Toll is very clear – we won’t stand and watch you attack our wages and conditions.

The meetings are ongoing and further updates will follow – but now is the time to JOIN THE TWU if you have not already and SUPPORT YOUR WORKMATES.

Protected action allows workers to take a range of actions, from bans on over-time, call backs and paper work to 24-hour work stoppages.

Transport workers reached an impasse following months of negotiations over attempted cuts to their working hours and the hiring of casuals and labour hire workers. Talks also stalled on attempts to limit the range of disputes employees can seek redress on at the Fair Work Commission. Workers are also concerned by moves to end supply chain auditing, which ensures every worker carting for Toll, including those employed by sub-contractors, receive safe and fair working conditions.

Workers have shown incredible patience with the company during these negotiations and our member-led team has negotiated in good faith. This follows serious concerns when the full scale of previous mismanagement was revealed and job cuts were announced. This patience is now running thin and members have decided the only choice they have is to prepare for action in order to protect quality jobs at Toll and to ensure the company’s future prospects. 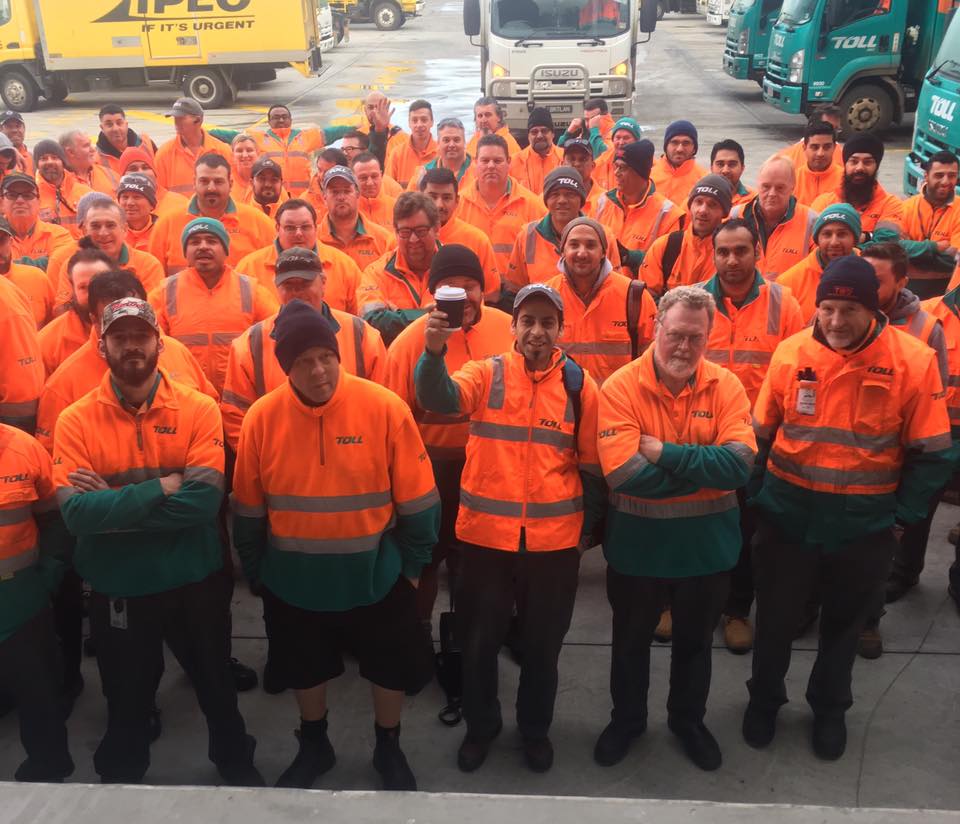 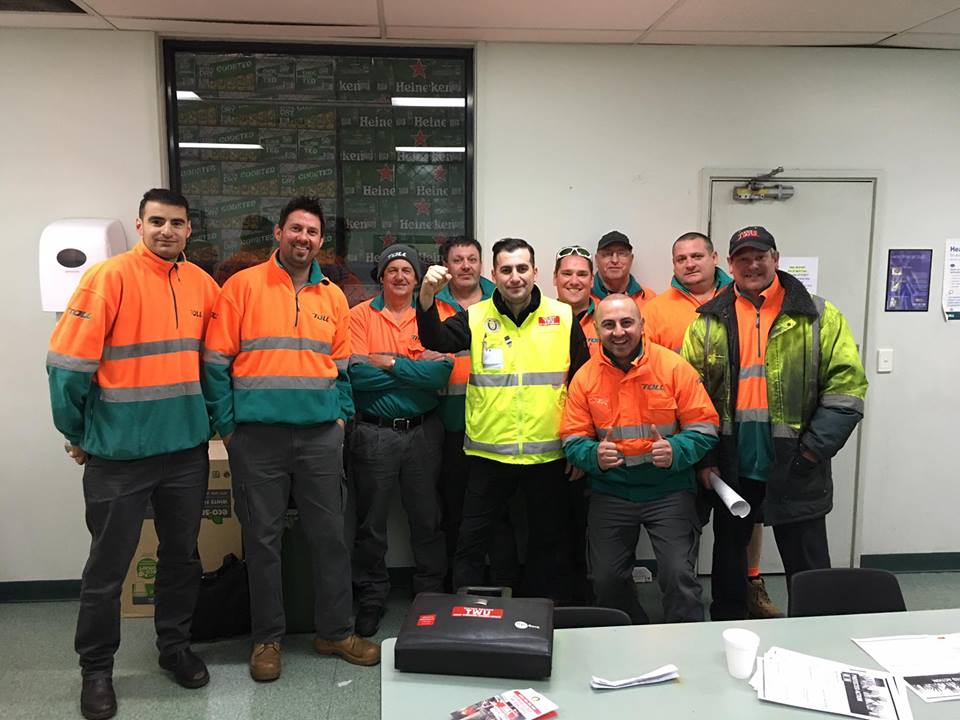 The TWU National EBA Committee are in there fighting to preserve all of your hard-fought pay, conditions and jobs.

In 2013, the TWU battled hard before securing an agreement that guaranteed a fairer, safer future for all Toll workers and their families. That agreement expired on June 30 this year and, now Japan Post owns Toll, we need to be prepared to fighter even harder to protect our rights and conditions.

TWU (Vic/Tas Branch) Assistant Secretary Chris Fennell said Toll was trying to use the current round of bargaining to change employment clauses relating to conditions.

“This campaign needs to be fought on two fronts – not to lose anything that we have won in the past and to get an increase as reflected in the member-endorsed log of claims,” he said.

“We are in this for the long haul, but we need to stick together and stand strong and, if we do, we will get there again.”