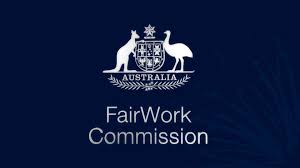 The Industrial Relations Court of South Australia has imposed the penalty and Order against Largs North-based Atkins Freight Services, which transports bulk petroleum products into the Northern Territory, NSW and Western Australia.

The Court decisions follow an investigation and legal action by the Fair Work Ombudsman in relation to underpayment of eight truck drivers and representing two other drivers with individual legal actions against the company.

Atkins Freight Services contravened workplace laws by underpaying 10 bulk fuel tanker drivers a total of $244,221 between 2007 and 2009. Seven of the drivers are no longer employed by the company.

The drivers were variously underpaid meal, travel and shift allowances, the minimum hourly rate and payments to cover expenses when absent from home overnight, as well as overtime, leave and public holiday entitlements.

In addition to the penalty, Industrial Magistrate Michael Ardlie earlier this year ordered Atkins Freight Services to back-pay the 10 drivers their outstanding wages, plus superannuation and interest totalling $374,487.

The company has paid the outstanding entitlements to the Court, which is holding the funds pending the outcome of the company’s appeal against findings that it contravened workplace laws.

The Fair Work Ombudsman first discovered underpayments when it audited Atkins Freight Services in 2011 and 2012 after receiving a number of requests for assistance from employees. Underpayments, including superannuation, of individual drivers ranged from $7355 to $59,993.

Handing down the penalty, Industrial Magistrate Ardlie said the loss sustained by employees as a result of the underpayments was substantial and there was a need to ensure compliance with minimum standards.

Fair Work Ombudsman lawyers submitted in Court that Atkins Freight Services’ lack of co-operation had unnecessarily delayed the matter and the company had not shown any contrition for its serious contraventions of workplace laws.

“The Court’s decision should send a message to transport sector employers about the importance of ensuring they pay all minimum entitlements,” Ms James said.