It will come as no surprise to TWU members that the transport, postal and warehousing industry suffered more fatalities than any other industry in Australia in 2016, according to an analysis of the latest Safe Work Australia data.

In 2016, 47 transport workers lost their lives on the job and that is not good enough. The statistics also exposed that transport workers had 7.4 deaths per 100,000 workers in 2016, over double that of the construction industry, and 8200 serious injury compensation claims were made by transport workers.

The Finder Insights analysis scaled compensation claims for serious industries against fatalities per industry. They rated transport, postal and warehousing the second-most dangerous industry, behind agriculture, forestry and fishing.

“Every transport worker knows that they operate in the most dangerous of workplaces – but not a single one views fatalities as an occupational hazard. The TWU certainly does not and our starting and ending point is always that every person in this industry has a right to expect to arrive home safe from work,” he said.

“That is why we fight tooth and nail to make workplaces safer, it is why we take action against rogue employers and take on poor Government policy and inaction.

“The fight for Safe Rates is just one example. Truck driving is an extremely dangerous industry but a poor, politically-motivated decision by the Coalition to scrap the Road Safety Remuneration Tribunal has led to an increasing number of accidents involving heavy vehicles, truck driver deaths and the roads becoming less safe for everyday Australians.

“The RSRT was the only national body that policed unfair economic pressures being placed on drivers but the Coalition did not allow the national safety watchdog to do its work in saving lives on Australia’s roads and despite its own report on the tribunal showing its Orders were cutting trucks crashes by 28%.”

Two weeks ago statistics were released by the Bureau of Infrastructure, Transport and Regional Economics (BITRE) showing NSW truck deaths rose by 86 per cent in 12 months – by far the biggest increase since 2009 when the federal government began compiling statistics on fatal crashes involving heavy vehicles.

Five people, including three truck drivers, have been killed in three separate truck crashes in NSW in the past few days.

“The TWU warned the Government that this would happen and the BITRE statistics prove it has gotten a whole lot more dangerous for truckies, official statistics elsewhere show a 9.4% increase in deaths from truck crashes nationally. This is why we fight and why members can expect to hear a lot more about Safe Rates this year as the TWU enters 2018 on the warpath over these needless deaths and injuries.

“And all our members – from aviation workers to bike couriers, truck and bus drivers, ports and logistics workers to gas and waste industry workers – are reminded to immediately report any unsafe workplace practices they are exposed to. As they say, the life you save could be your own.”

Despite overall workplace deaths decreasing last year, the number of transport workers killed on the job jumped to 66, up from 57 in 2016.

To further underline the crisis in the trucking industry, the Fair Work Ombudsman today announced that SA based transport operator Atkins Freight has been forced to pay $468,000 in backpay and fines to 10 of its drivers.

“The wage theft case shows what drivers face – they are under pressure to speed and drive grueling hours to meet unrealistic deadlines and all the while they are being ripped off their wages. There is a crisis in transport that is being caused right at the top of the supply chain – by the wealthy retailers and manufacturers financially squeezing operators and drivers. The Federal Government is standing by and letting this and the deaths happen. This crisis reflects a total failure of the federal administration,” said TWU National Secretary Tony Sheldon.

Numerous academic studies and coronial inquiries have established the lethal dynamic between pay and safety on the roads and the need for a safe rates system. A report by the National Transport Commission states: “There is solid survey evidence linking payment levels and systems to crashes, speeding, driving while fatigued and drug use”.

In October, a cross-party Senate committee approved a report recommending that the Government facilitate industry talks to “establish an independent industry body which has the power to formulate, implement and enforce supply chain standards and accountability as well as sustainable, safe rates for the transport industry”.

“The trucking community, including the Australian Trucking Association, must come on board and back a sustainable solution to the crisis in trucking. Band-aid solutions will not stop truck drivers and other road users from being slaughtered,” Sheldon added.

Most dangerous industries in Australia 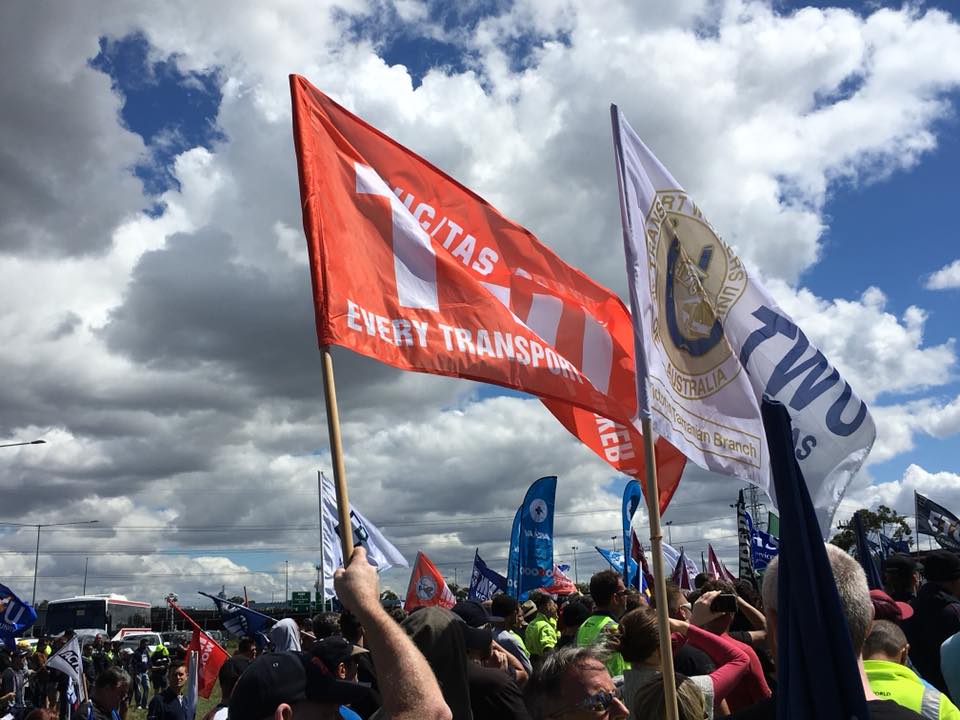