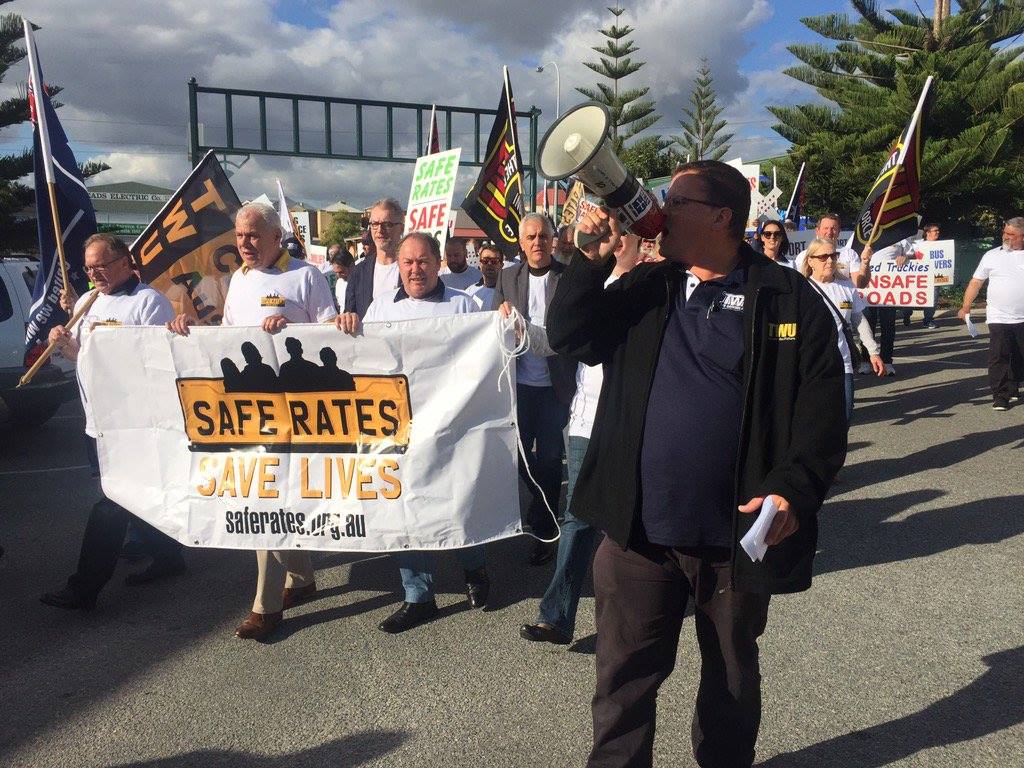 Truck drivers and TWU supporters angry at wealthy retailer Aldi over a spike in deaths from truck crashes have blocked a road in South Fremantle.

Traffic was halted on Hampton Road as over 150 protesters demanded that Aldi end the financial squeeze on transport companies and truck drivers, which is leading to deaths on our roads.

Other road users are caught up in the carnage with an increase in overall truck crash deaths.

TWU (VIC/TAS Branch Secretary) John Berger said the Union placed such high priority on workplace safety because, in the transport sector, it could often mean the difference between arriving home at the end of a shift or not.

“Every one of these deaths are incredibly sad for those working within the transportation sector, and especially for those who may have lost a brother, a father, a mate, a mother, the list goes on. Many of these deaths were truck drivers who became victims of the pressures placed on them for simply trying to earn a crust,” John said.

“The Road Safety Remuneration Tribunal was a good solution to issues within the chain-of-responsibility and the downward pressure placed on drivers until it was dismantled by the Coalition Government a year ago.”

WA Senator Glenn Sterle addressed the rally and demanded a change in laws to ensure that “our truck drivers and our families” were safe on the roads.

“Wealthy retailers like Aldi and the Federal Government need to listen because we are not going away,” he said.

“It’s not just enough to increase the number of speed camera to catch drivers. If you don’t tackle the reason why truck drivers are under pressure and what is forcing them to take risks on the road then nothing will change,” he said.