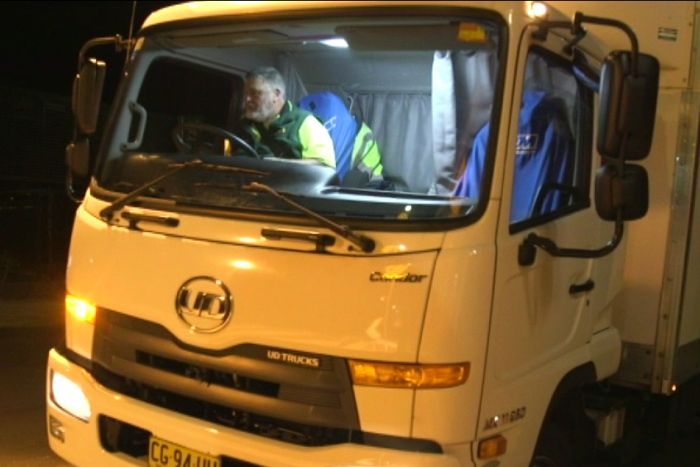 The Federal Government must be held responsible for failing to address the crisis in the transport industry which has left truck drivers struggling, the TWU has said.

Lives and livelihoods have been ruined because of gaps in legislation which have allowed companies to massively reduce rates for owner drivers, as exposed by ABC 7.30.

“The Federal Government has failed a hard-working community by refusing to regulate the terms and conditions which these drivers operate under. They have been abandoned by a Government which tore down an independent tribunal which was aiming to fix these regulatory gaps while investigating the risks to safety on the roads. Malcolm Turnbull and Michaelia Cash must be held accountable for this,” said TWU National Secretary Tony Sheldon.

Tip Top delivery drivers in New South Wales claim it is only a matter of time before a serious accident takes place, saying pay cuts are leading to fatigue and some contractors are driving vehicles that are not roadworthy.
Key points:
·      Tip Top delivery drivers say their pay has been cut and their trucks are not always roadworthy
·      A legal loophole prevents bread delivery drivers from accessing Industrial Relations Commission
·      NSW Government says it is looking into the matter

Video: Graeme Wong says he worked 15 weeks in a row with only two days off as a Tip Top delivery driver. (ABC News)

Graeme Wong was on his daily bread delivery run last year when he said he “hit rock bottom”.
He had worked a staggering 15 weeks in a row with just two days off. He was mentally and physically exhausted.
“I was sitting in the carpark, in the truck, at 3 o’clock in the morning at Hungry Jacks making a delivery, just sitting there contemplating what I was even doing,” he said.
“I didn’t know what to do. I called Lifeline.”
Mr Wong’s business delivering Tip Top bread was going backwards. He said he couldn’t afford a relief driver to help cover the run.
“In seven years the money went down by $1,000 a week but the cost, everything goes up — the price of tyres, servicing, fuel, wages, insurance, everything goes up.
“It got to the stage where I had nothing left so I just had to give my notice and had to sell the truck.”
‘They sit in a regulatory black hole’
Tip Top driver Mark Goldfinch said he is worried his business is not sustainable either.
“Go back about 10 years, I was delivering about 10,000 to 11,000 units a week on $3,400. Now I’m close to 18, 19, 20,000 for an average pay of $2,900,” he said.
He said Tip Top could not explain why.
“You can ask that question as many times as you like, there’s no answer,” he said.
Tip Top told drivers the internal cost model used to calculate weekly earnings is “intellectual property” and not available for external use, and they should seek independent financial advice.
As independent contractors running their own businesses, it’s up to drivers to negotiate individual contracts.
If they don’t like the deal they have few avenues of appeal because of an antiquated provision in the NSW Industrial Relations Act.
In the 1950s when bread, milk and cream delivery was considered an essential community service, legislation was created to exclude them from accessing the NSW Industrial Relations Commission.
“So they sit in a regulatory black hole and are really only able to negotiate what they can negotiate,” said Alex Grayson, industrial relations principal at law firm Maurice Blackburn.
“They’re essentially unregulated.”
‘I’m afraid someone will die’

Photo: John Kiernan struggles to make ends meet on his Tip Top delivery round (ABC News)
Paul Clapson, who has been a Tip Top owner-driver for almost a decade, said the impact on the drivers was not just financial.
“There’s also the major safety issue. Because we aren’t getting paid what we probably should be, your maintenance goes on your truck, you become a problem out on the road.
“There are a lot of contractors who are scared to speak out,” he told 7.30.
“We have trucks going out there that cannot be roadworthy.
“It seems to be ignored by Tip Top. The whole chain of responsibility seems to be put on us.”
Owner-driver John Kiernan took on an additional delivery run for Tip Top this year.
He said the run had not reached the estimated earnings figures Tip Top provided to him.
“I’m just trying to dig myself out of a hole really and it just seems to be getting bigger and bigger,” he said.
“The feeling in your guts, the knots and panic attacks I get — it’s like a heart burn — just a really terrible feeling.
“I just don’t want this to happen to anyone else because I’m afraid that someone will die eventually.
“Someone will either be on the road and lose their life or through stress or something else.”
Calls to amend Industrial Relations Act
NSW Labor MP Greg Warren is calling on the State Government to change the Industrial Relations Act to allow bread truck drivers to access the Industrial Relations Commission.
“Owner-drivers and contractors delivering bread deserve the same rights and conditions as drivers delivering any other kind of product,” he told 7.30.
“It goes right to the core of a fair day’s work for a fair day’s pay.
“This isn’t a complex amendment that’s required” he said.
A spokesperson for Industrial Relations Minister and Treasurer, Dominic Perrottet, said the Government was considering the issue.
“Following representations on behalf of affected workers, the Treasurer asked NSW Industrial Relations to explore options to address the issues raised, including the possibility of legislative amendment,” the spokesperson said.
In a statement Tip Top told 7.30 contracts with drivers are “commercial in confidence” but “the rates are designed to ensure that owner operators receive in excess of any applicable rate payable under the Road Transport and Distribution Award 2010”.
The company said it prioritises the health and safety of drivers and complies “with the Government’s strict regulation covering fatigue management for heavy vehicles”.
It said owner/operators are responsible for the service and maintenance of their vehicles but the company conducts random roadworthiness checks. 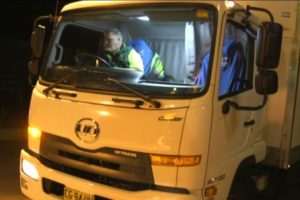