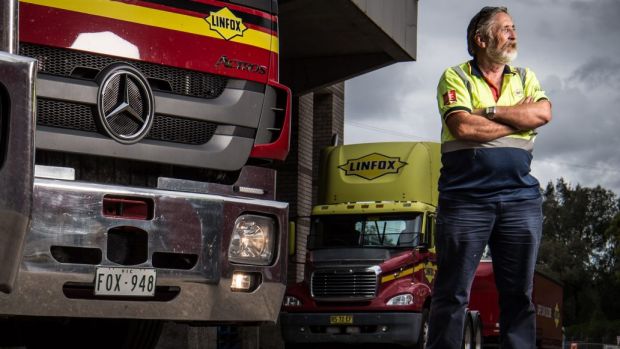 Nearly one in three Australians on newly sealed wage deals are now receiving superannuation above the legal minimum, while employee pay rises are hitting record lows.

According to Fairfax Media, an analysis of federal government statistics on workplace agreements has found at least 378 of the 1212 struck last year – covering half a million workers – provided superannuation above the minimum 9.5 per cent required by law.

The average super rate for the deals struck during the period was 10.1 per cent, once the results were weighted to take account of the number of employees covered, showing that bigger corporations were more likely to offer above the base rate.

And for companies offering super above the minimum 9.5 per cent of salary, the average on offer was 12.1 per cent, the figures reveal. The rise in superannuation is in stark contrast to Australians’ record-low wage growth, which continues to slide. The data was provided by the Department for Employment and Workplace Relations which captures key metrics from every enterprise bargaining agreement approved by the Fair Work Commission.

Despite that policy slowdown some of the nation’s best-known private sector employers – including Qantas, Fonterra and Linfox – have all recently struck agreements to pay their staff generous super contributions at rates of between 10 and 15 per cent of salary. Many public sector deals are already struck at levels well above the minimum rate.

In some cases, superannuation hikes have been provided in exchange for lower base wage rises.

“The ACTU is proud that our affiliated unions have managed to achieve employer contributions up to and exceeding 12.5 per cent in the absence of any leadership from the federal government on an issue that plays such a large role in determining quality of life in retirement for all Australians,” it said.

Transport Workers Union secretary Tony Sheldon said superannuation was becoming a greater focal point for the union members, and was regularly being nominated as the main industrial claim to be pursued when negotiating new pay and conditions.

“When you look at people in our industry, 55 per cent of our workers are over the age of 45, and super is at the top of the list of critical claims,” he said.

Business leaders, workers and union officials involved in striking some of the deals for higher super said the trend underscored a “mutual recognition” of the importance of ensuring Australians can “retire with dignity”.

“I’m in an ageing workforce, and having enough money in retirement is something we have had to think about,” said 63-year-old transport worker John Waltis.

“So we said to our employer, ‘Instead of giving us an extra 1 or 2 per cent in wage increases, we’d like increases to our super’. And it makes a real difference.”

Fears have been swelling for some time among Australia’s Generation X and Baby Boomer populations that they lack the financial security needed to retire. According to the latest surveys from the Australian Bureau of Statistics, more workers than ever intend to work beyond 70 because they don’t have enough accrued superannuation to retire sooner.

About 23 per cent of over-45s say they will not retire before 70 – up from 8 per cent just a decade ago – with “financial security” nominated as the main factor influencing their decision.

Jennifer Dean, a retirement and investment actuary with consultancy Aon Hewitt, said businesses were “getting smarter” about how they structured employee remuneration.

“Companies are not just looking at pay in isolation,” Ms Dean said.

“They are looking at pay and benefits as a total package, and looking at what benefits are going to add bang to their buck.”

Ms Dean said many employers would potentially not see it as a “stretch” to increase superannuation, given the guarantee is still legislated to rise to 12 per cent in coming years.

There was also an increasing employer focus on promoting “financial wellness”, she said.

Mr Waltis, a Linfox employee of more than a decade, is paid superannuation contributions at a rate of 15 per cent of his salary under his enterprise agreement.

“If I was getting paid just the award, it would be about $96 a week, but my super is $200 a week,” he said. “I think it would be very hard to be on the ordinary rate that the government is trying to stick us to.”

Laurie D’Apice, the company’s head of human resources, said management had taken a “principled” decision to lift super contributions beyond the guarantee.

“The driving force behind the decision was Linfox’s genuine belief that it has a responsibility to look after its people and allow them to retire with dignity and with sufficient financial security,” Mr D’Apice said.

“We are still waiting for the majority of the logistics industry to follow our lead.”

TOLL MEMBERS – TOGETHER WE CAN WIN!
Thousands of Union Members March Through Melbourne: Warn the Turnbull Government that Enough is Enough.