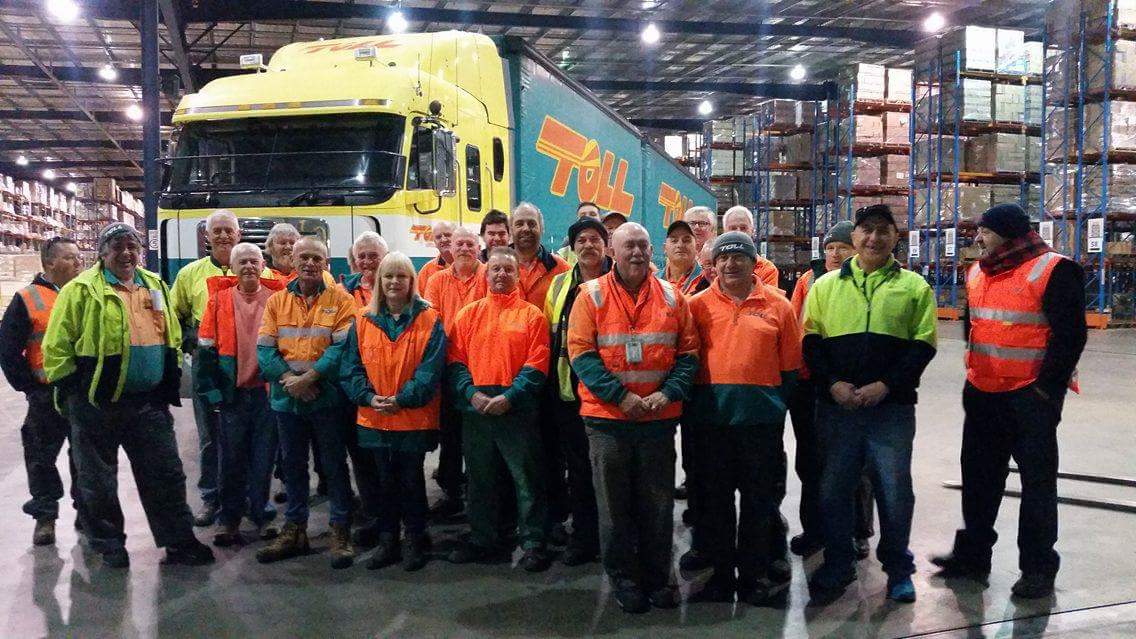 However, thanks to the hard work of TWU (Vic/Tas Branch) officials, these members were well looked after and even had some say in their own future.

Some decided to accept a redundancy package, while others elected to be redeployed to Toyota at Altona and Unilever Food Distribution based in Tullamarine.

These Branch members – with Toll Global Logistics Division – had been attached to Ford’s parts delivery division.

Ford workers outside the parts delivery division were not so lucky.

When the last Ford to be built in Australia reached the end of the Broadmeadows assembly line, 600 blue collar workers had officially lost their jobs.

It is estimated that, of those who had not decided to retire, up to half of those sacked workers – many with young families – are jobless.

Stop the sham scam
Transport and freight draft report – have your say.