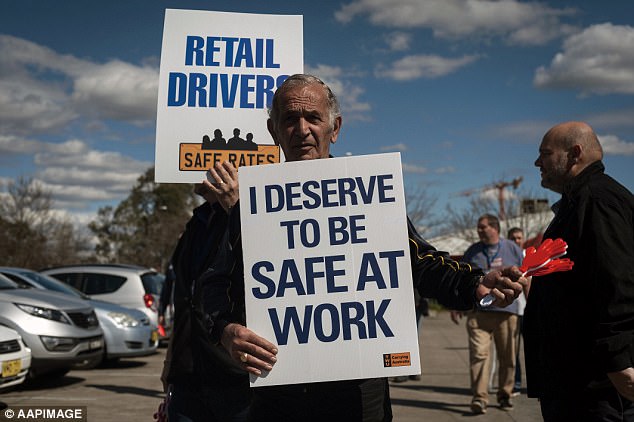 Transport Workers’ Union members have protested across Australia amid claims Aldi has forced truck drivers to work ‘extraordinary hours’, leaving them exhausted and putting other lives ‘directly at risk.’

Tony Sheldon, the Transport Workers’ Union national secretary, told the Today Show on Wednesday employees were forced to speak out after Aldi refused to meet with truck drivers and trucking companies to discuss their ‘unsafe practices’.

“We’re finding Aldi is turning around putting incredible pressure on truck drivers and trucking companies. Drivers are fatigued, they’re exhausted and the company refuses to enter into an arrangement to make sure its supply chain is safe,” he said. 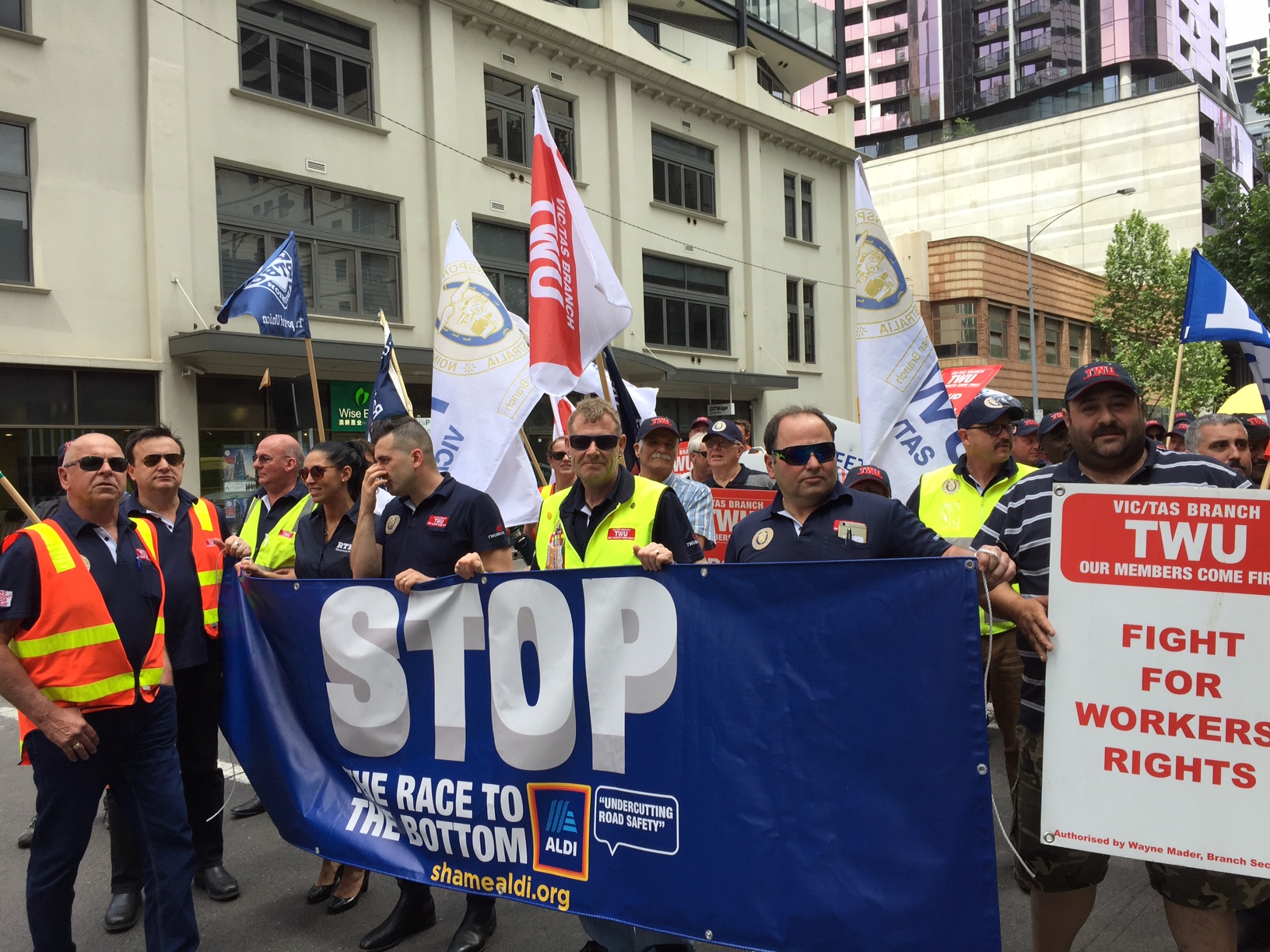 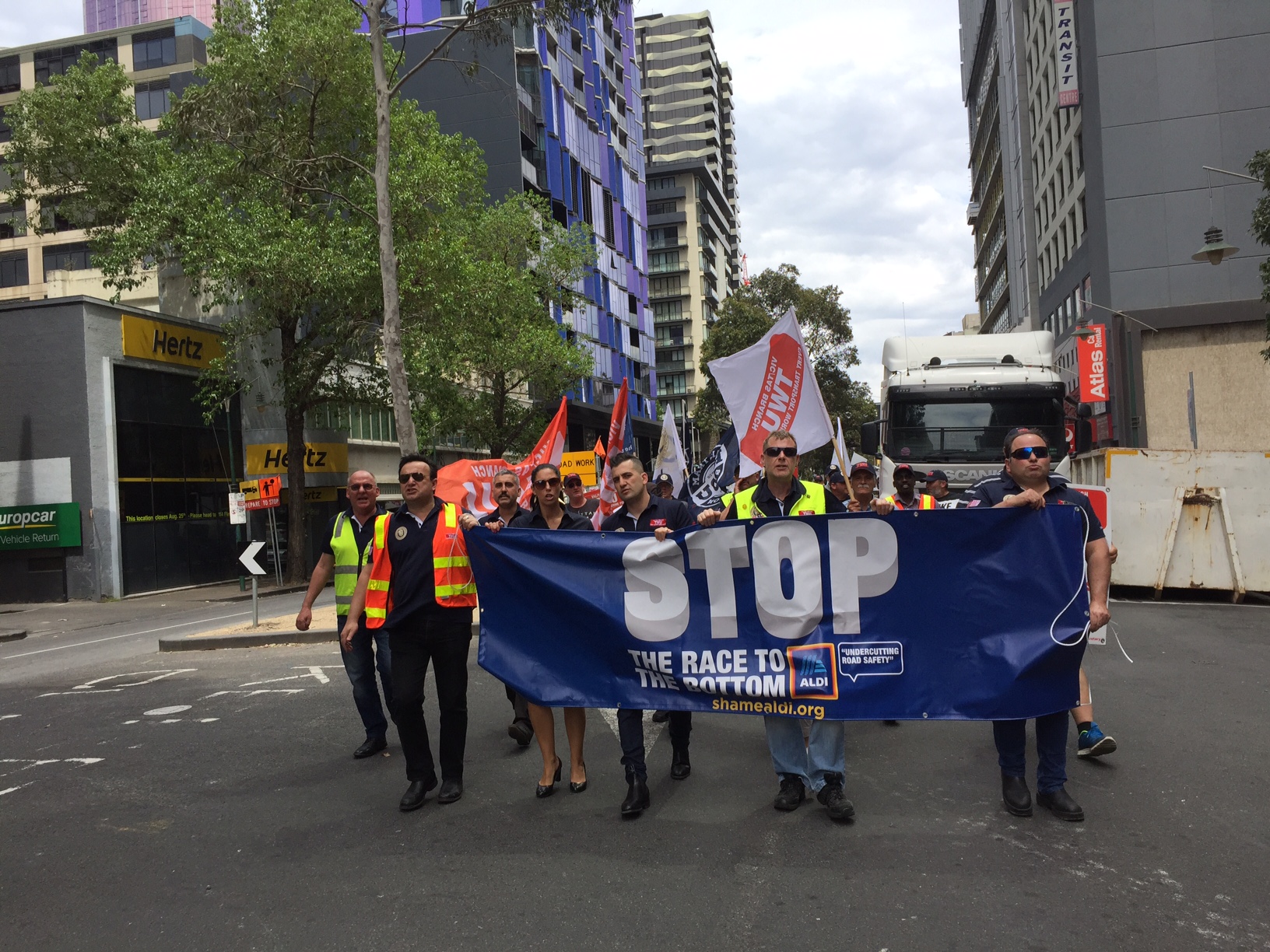 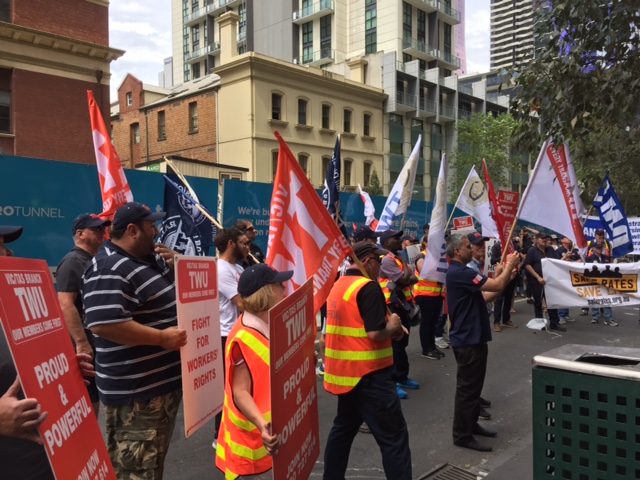 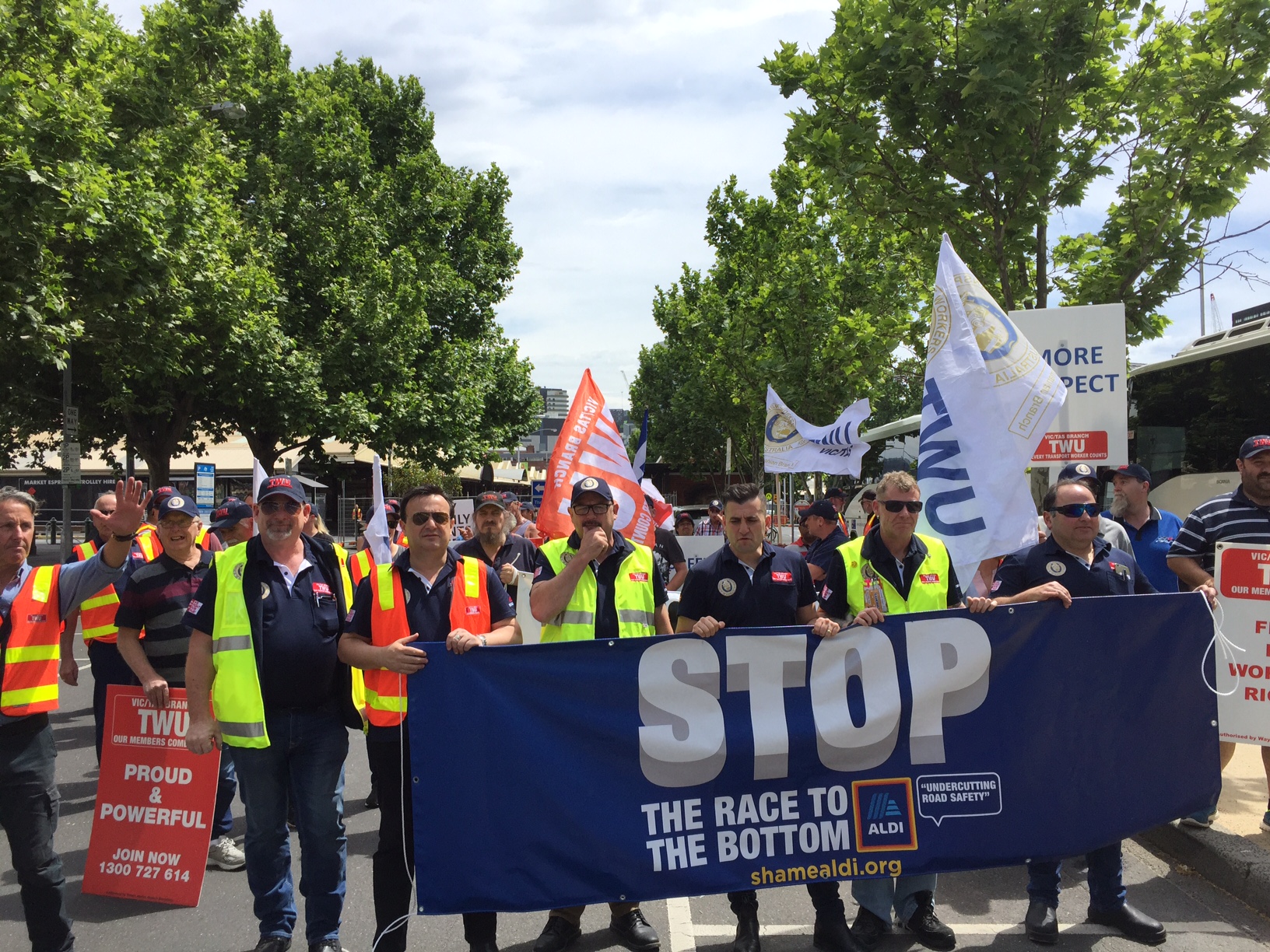 Protesters in Adelaide, Sydney’s west, Melbourne, Perth and Brisbane called on the wealthy retailer to acknowledge its role in creating safety risks for truck drivers and other road users. They are also demanding that Aldi ends its federal court action to stop drivers protesting and speaking out about its poor safety record and low rates.

“Aldi is running rough shod over the transport industry, putting pressure on transport operators and drivers through its low cost contracts to take appalling risks that endanger lives. It is also trying to silence drivers and keep a lid on its dodgy practices,” said Tony.

“Retailers like Aldi have the backing of the Federal Government which prevented them from being scrutinised and investigated when it tore down an independent road safety watchdog last year. Malcolm Turnbull and Michaelia Cash knew when they did this there would be an increase in truck crash fatalities – their own report showed the tribunal’s Orders were cutting deaths by 28%,” he added.

Aldi truck drivers have described major breaches of fatigue rules and harassment for raising concerns. When one driver repeatedly challenged schedules which meant he had as little as three hours sleep, he was told by his Aldi manager: “Maybe you need to go faster”.

Aldi also refuses to acknowledge that its low cost contracts are the reason some transport operators it engages don’t maintain their vehicles or pay their drivers fairly.

In the past year there has been more than a 7% increase in deaths from crashes involving articulated trucks. This year, almost 40% of all workplace deaths involve a transport worker. In the 10 years to 2014, over 2,500 died in truck crashes.