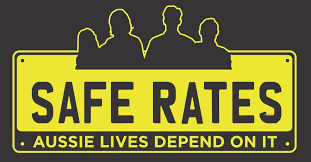 The Transport Workers’ Union will hold a Safety Summit in Sydney this Friday, February 3rd, bringing together truck drivers, industry, academics and politicians to devise ways to deal with the crisis in trucking.

“Last April the Federal Government tore down a system which was helping to tackle the root causes of the crisis in trucking, namely the economic pressure applied by wealthy retailers and manufacturers at the top of the supply chain. The Government did this despite its own report showing this system would cut truck crashes by 28%,” said Tony Sheldon TWU National Secretary.

“This pressure sees transport companies and drivers forced to cut back on maintenance, drive long hours, speed and skip mandatory rest breaks. This summit will assess what all stakeholders in the transport industry can now do to address the deaths on our roads and ensure that major clients are held to account.”

Panel topics will include the causes of the high death toll in trucking; the role of governments, major retailers and manufacturers; and the fight for safety in trucking globally. A Macquarie University review of regulation and survey of truck drivers focusing on risks to their safety will be launched during the summit. The summit will be also attended by trade unions from around the world.

In the 10 years to 2014 over 2,500 people died in truck crashes. Further information regarding the discussion topics will be published in the coming months on the TWU (Vic/Tas Branch) website and in the TWU News.