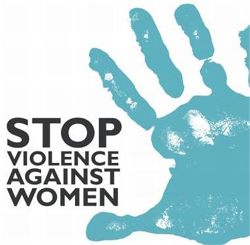 Speaking from a joint TWU/Virgin Australia White Ribbon event in Sydney, Mr Sheldon said the union is pressing for domestic violence leave across the aviation sector.

“We as a union have fought to get this issue on to the agenda of corporate Australia. We are proud to have reached an agreement earlier this year from Virgin Australia to allow workers experiencing domestic violence special leave,” said Mr Sheldon.

“Domestic violence is felt throughout the community and is a serious problem in Australia with one in three women experiencing physical or sexual violence and one in four children will be exposed to domestic abuse.

“With such a high rate it is vital that workers experiencing domestic violence are supported.

TWU member at Virgin Guest Services Kasey Holt said: “This is an issue we know affects workers in our industry. It’s heartening to know our airline recognises it’s important to stand up against violence towards women.”

Mr Sheldon said the TWU also supported the airline’s partnership with White Ribbon in helping to deliver violence prevention education to schools and communities across Australia.

“In January this year workers at Virgin Australia stood together as the TWU reached an agreement with the airline that included five days leave per year for colleagues experiencing family violence,” said Mr Sheldon.

“It was a bold step by Virgin Australia to show it understood the difficult circumstances that arise for workers in this situation.”

The TWU/Virgin Australia Enterprise Agreement was secured in January this year.

In addition to five days domestic violence special leave, the Agreement allows workers time off to attend medical appointments and legal proceedings and gives them flexibility on temporary changes to working hours or rosters.

This election has changed the face of campaigning.
Tipper Truck Drivers Win Agreement