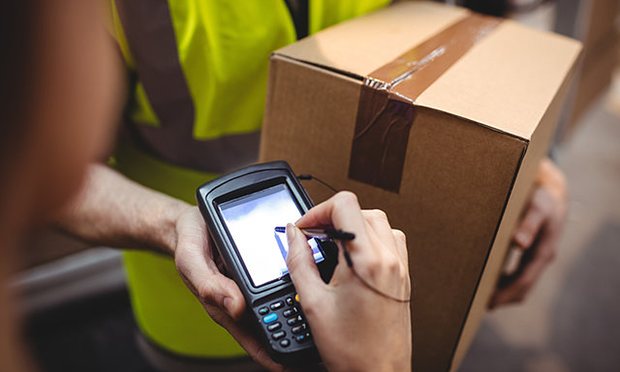 TWU (Vic/Tas Branch) Secretary John Berger recently expressed his concern at the ever-increasing number of employers shedding full- and part-time staff for casuals and contractors they are placing on sham contracts.

A sham contracting arrangement occurs when an employer attempts to disguise an employment relationship as an independent contracting arrangement – usually to avoid responsibility for employee entitlements. John said these insidious arrangements were becoming rife through many sectors and industries – including transportation – and hard-working and honest people signing the agreements were losing hard-fought for benefits, such as employer superannuation contributions.

Those concerned with the proliferation of sham contracting will find a recent UK court ruling of great interest, below is an article that first appeared in The Guardian newspaper.

Yaseen Aslam. James Farrar. Remember those two names, because they are giant-killers. This summer the men took on not just one £50bn multinational, but an entire business model. On Friday, they won.

As minicab drivers for Uber, Aslam and Farrar were deemed to be self-employed. The status meant they were denied the most basic rights that other workers take: no minimum wage, no sick pay, no paid holiday. But as an employment tribunal judge heard over several days in July, that classification was both wrong and unfair. And he agreed.

The obvious thing to say about Anthony Snelson’s ruling is that it is huge. It poses an existential threat to Uber in Britain. It will also send shockwaves through a string of companies using the same business model to do everything from delivering takeaways to providing cleaners to couriering court documents.

Most of all, it is a massive boost for all of us who want a fairer jobs market – and a big slap in the face for the government. For most of the past six years, ministers have turned a blind eye to the growth in bogus self-employment, zero-hours contracts and Sports Direct-style agency work. They have preferred instead to celebrate the record employment numbers as proof that austerity is doing the trick. Just before the last election, Nick Clegg claimed: “If you want a glimpse of the sort of worker that will thrive in the new economy, you need look no further than the growing numbers of self-employed people.”

On this subject too, the hapless Lib Dem was wrong. The idea that the swelling ar 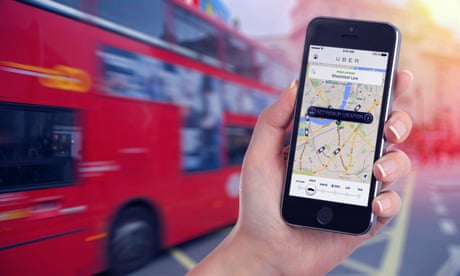 my of self-employed Britons are all budding SurAlans and Bransons, swigging lattes and toting MacBooks, is for the birds. Serious labour-market analysts agree that a large number of those now in self-employment are there as a last resort. And many believe a big chunk should not even be classed as self-employed. As with much else in our insecure labour market, firm numbers are hard to come by. But the Citizens Advice Bureaux believe that the reserve army of bogus self-employed may number around half a million.

For some Britons, self-employment doubtless means freedom. But for others, it means the freedom to be exploited, deprived of rights – and to be underpaid. According to recent research from the Resolution Foundation, the typical self employed Brit is now earning less than when John Major was prime minister.

For the likes of Uber, self-employment is hugely profitable. The giant company has 40,000 drivers working for it in Britain – and as long as they are self-employed they are almost cost-free. On that basis, Uber can keep on adding to its fleet of drivers for next to nothing, and thus rack up ever more passengers and squeeze out competitors.

But as the judge found on Friday, Uber drivers are not self-employed at all. They have little of the liberty you might expect, but are instead interviewed, recruited and controlled by the firm. Uber sets their default driving routes. Uber fixes the fares. Uber instructs them on how to do their job and runs a disciplinary procedure. The drivers work for Uber – not the other way round.

As the ruling observes, the company and its highly-paid boosters do their best to cloak this relationship in the language of chummy marketing and hi-tech piety. They use the term “gig economy”, when what they mean is casualised labour. They claim to be “disrupters”, when what they’re really disrupting are our labour laws. And Uber still markets itself like a plucky underdog when it is now worth $62.5bn – more than Tesco and Barclays put together – and numbers among its public affairs and public relations people the former advisers to Ed Balls and Michael Howard. Pretending to be the future, it is really the past: a cab company that relies on its drivers being cheap and available. Except your local cab firm doesn’t have the lobbying muscle or the Westminster contacts.

Uber confirmed that it will appeal against the decision, and you can expect this case to keep the courts busy for a few months. Other businesses that have copied the Uber model will be watching anxiously. And so will their workers.

A few months back, I interviewed a courier called Mags Dewhurst, whose job is biking urgent medical supplies to hospitals around London. Like most other cycle couriers and drivers, she’s also classified as self-employed; she’s also fighting to change her status. Next month she will be battling her company, CitySprint, in court.

Dewhurst has a strong case. She wears a uniform with a logo, clocks in with a controller each morning. And then: “For 50 hours each week, I’m told what to do.” She’s been impatient for the Uber verdict, knowing that it will be of huge symbolic importance for her own case. On Friday afternoon, I texted her: How pleased are you?