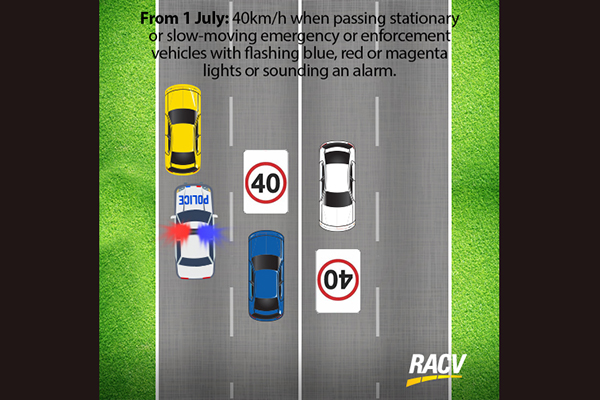 The Victorian Transport Association (VTA) has critiqued the state government for ignoring consultation before making road rules, according to Owner Driver magazine.

The move comes as Victoria Police earlier this month revealed there had been an “administrative error” in rules in force since July 1 that mean drivers must slow to 40km/h while passing emergency vehicles with flashing lights.

Police can still proceed with the offence by way of a summons, though.

The limit, which is also a live issue in New South Wales, where it has the support of roads minister Melinda Pavey, is already a reality in South Australia.

However, the VTA has expressed concern at the haste and lack of discussion that attended its inception in Victoria,” CEO Peter Anderson says.

“The VTA has written to the Victorian Government and VicRoads to express its concern about this new road rule, which quietly came into effect on 1 July, despite no consultation with the heavy vehicle industry.

“While we fully support the rule’s intent of making conditions safer for emergency services personnel, we are concerned with the total lack of consultation with industry, and are calling on the government and VicRoads to do much more to explain the new rule.

“Heavy vehicles – because of their size and weight – have vastly different braking requirements than passenger vehicle and take much longer to slow or come to a stop, for example when approaching a roadside emergency.

“We are concerned this has not been sufficiently factored into the application of the new road rule, and at the lack of communication with the public and heavy vehicle operators about the new rule taking effect.

“Motorists will respond to the new rule.

“However, they must be given a chance to understand what has changed to be able to adjust their driving accordingly.

“The VTA will be doing its bit to spread awareness in the transport industry of the new rule, and we expect the Government and VicRoads to do the same through extensive public notices and advertising.”

The Royal Automobile Club of Victoria (RACV) raised similar concerns about the change.